The Night Comes for Us 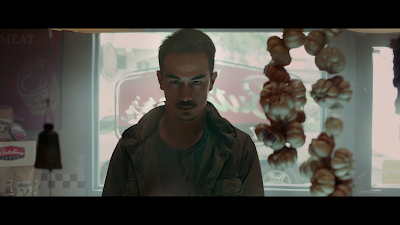 Timo Tjahjanto's The Night Comes for Us doesn't sit still, exposition arrives bold and up-front, decoded later through sustained evisceration. Even character relationships are built out of motion, loyal bodies hurl themselves against the in-coming Triad tide, eager to scratch out a couple of vital minutes for their fleeing compatriots. The set-up is basic, routine even - in the middle of a particularly poisonous gang punishment Joe Taslim's Ito, a mobbed-up super assassin, decides this is no longer the life for him. He snatches up Asha Kenyeri Bermudez's Reina, an innocent child caught up in middle-management flexing, and plots his escape. Iko Uwais' subordinate Arian sulks then pursues.

With the vulnerability offered by Reina firmly in place, Tjahjanto's film hurtles off into unceasing action. Although The Night Comes for Us does feature guns of every stripe, they represent brief, terrifying expulsions in a whole designed around violent utility. Everything in Night is a weapon, anything with enough weight to crack or sharp enough to puncture is put to work. Goon bodies are blubbery and pregnable, they lack the fortification conferred by intent. Ito and his friends are different, their courage armours them. They aren't soft, malleable flesh, they're hardened and defiant in the face of injury, able to soak up a truly heroic amount of punishment before they yield. They do not surrender to simple slashes or even small calibre gunfire. Their entire bodies act as deterrent, limbs break then redirect blows, telephone directories provide the level of protection you'd expect from a bomb disposal suit. Even when stabbed their wounds ooze around and seize the incoming weaponry, allowing it to be repurposed against its original owners.

Despite motoring on pure adrenaline, The Night Comes for Us never exhausts. Tjahjanto and his stunt teams avoid numbing the audience by embracing the liquid visual language of GoPro sporting and the sticky violations of body horror. While the yucks act as punctuation and punchlines in the clattering fights, the fluid camera moves add a layer of pure technical flourish to the already impressive martial arts. Tjahjanto folds the burps that signal matched, morphed sequences into his fight design, establishing a grammar that hides edits and accentuates collision. Frames readjust and track, following the motion of attack or the pop of injury detail. Nothing is hidden. There are no zooms or shakes to simulate the fizz of impact, Tjahjanto doesn't hurl his camera about to manufacture an idea of being inside action either. The camera looms over these titans and observes, undaunted by danger or revulsion, keen to gawp at the moment when muscle and bone buckle under pressure and, finally, break.
Posted by Chris Ready at 20:37:00

Email ThisBlogThis!Share to TwitterShare to FacebookShare to Pinterest
Labels: Films, The Night Comes for Us, Timo Tjahjanto