Email ThisBlogThis!Share to TwitterShare to FacebookShare to Pinterest
Labels: music, The Cure 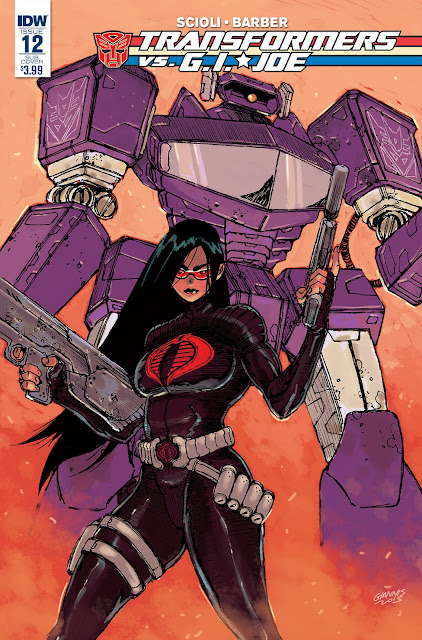 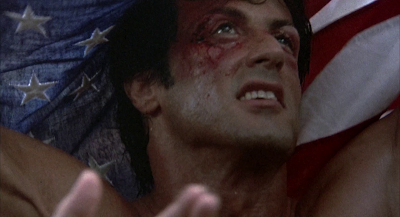 Sylvester Stallone is an incredibly manipulative director. There's no finesse in his approach, he doesn't trust you to put two and two together. He lambastes his audience, rubbing their faces in his agenda. He doesn't insinuate, he smears. That's exactly why Rocky IV is so excellent, Stallone has finally stopped trying to use his increasingly creaky writing to deliver his sermons, arriving at a style of communication that unfolds like a barrage of adrenalised commercials.

In Rocky IV the writer-director uses a procession of montages to underscore the sheer scale of Balboa's dilemma. The sports movie staple is transformed from an exposition short-hand into the film's dramatic and emotional backbone. Editors John W Wheeler and Don Zimmerman deliver several successive sequences that encapsulate not only the very real progress Rocky needs to be able to confront his foe but the athlete's state of mind. The boxer is not just growing physically, he's sharpening his mind, picking apart his past and holding on to certain memories as grist to power him through to the final battle. 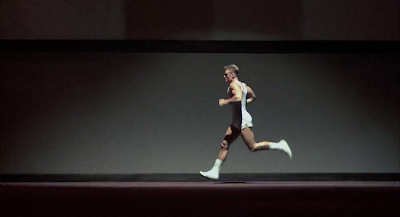 Thousands of miles away, Dolph Lundgren's Drago trains alone in a series of vast, empty spaces, bathed in blaring reds and bolstered by an enthusiastic course of performance enhancing drugs. Stallone presents the Russian as basically a robot, there's clearly an insinuation that he has be grown in a lab somewhere with the express purpose of humbling America before the world. Drago has zero tangible motivation beyond success, his wife hovers around him like a disconnected WWF valet and when the giant speaks he always sounds like he's on the verge of a tearful breakdown. He's a monster, a manufactured man trapped endlessly reconfiguring himself amongst sterile, terrifying machinery. 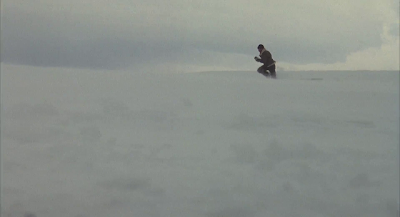 Rocky's training is completely different. He journeys, by request, to a remote, snowy corner of the Soviet Union, tuning his regime around basic, homely tasks. He doesn't need a state-of-the-art tilting treadmill, he has an actual mountain to climb. Drago's gym sessions are about enforced isolation, the Party confining him in an environment tailor-made to enhance him physically. They drug and push him until his personality is all but obliterated. The boxer is whipped and tested until he has completely retreated into himself. 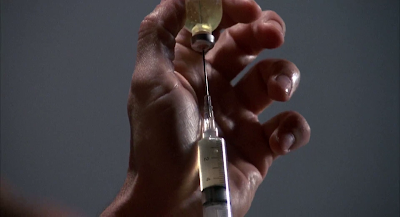 Stallone shows us, tells us, this is how Drago can be defeated. He has no will of his own, everything is imposed upon him by his superiors. He's a soldier following orders whereas Rocky is a man making decisions. It's no accident that Stallone follows a series of shots illustrating the Russian's passive acceptance of steroids with an image of Rocky crushing his opponent's likeness. Stallone is assuring us that Drago has already lost. All the writer-director needs to do now is state a convincing enough case for this defeat.

Rocky III proposed complacency as its hero's Achilles' Heel, home comforts and arrogance combining to kill Rocky's all-consuming desire to win. III gave us a Rocky that no longer had anything left to aspire to. He'd won. Rocky IV acknowledges the tonal missteps surrounding this dramatic dead end and how it mutated the perception of the Clubber Lang character. This time Rocky has learnt his lesson, he is taking his opponent seriously, knowing that he is clearly the underdog. The boxer understands from the get-go that he will have to elevate himself. Stallone also takes time within this environment of total exercise to underscore how important Talia Shire's Adrian is to Rocky and, by extension, the film series as a whole. 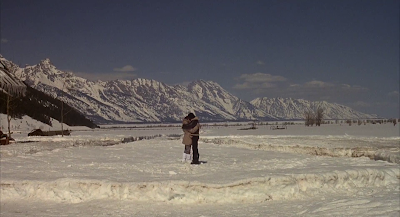 Brigitte Nielsen and Lundgren's characters are always separated, they never really occupy the same physical or filmic space. They are apart by design. Comparatively, Adrian is portrayed as a crucial component in Rocky's ability to truly succeed. Her arrival interrupts the montaging, forcing a quiet moment in which husband and wife slowly circle each other, acknowledging their need to be together. Adrian is then placed into the fabric of Rocky's physical exertion, nodding decisively as her man pushes himself beyond his limits. Adrian is her husband's rock, offering love and unconditional support, two things Drago does not have.

Rocky's geographically remote training also serves another purpose, it re-establishes the boxer as a working class hero. The misguided, millionaire pageantry of Rocky III is gone, replaced by a laboured, soulful communion with the people and land of the Soviet Union. While Drago roams around his gilded cage, Rocky is mixing it up with the locals - chopping their wood, righting their impoverished, antique carriages. He's immersing himself, learning what it is to be a commoner. The politics of Rocky IV may be naive and hopelessly optimistic but Stallone is able to communicate an underlining note of sincerity. 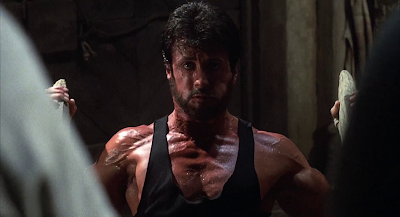 Rocky doesn't arrive as a conqueror, he comes willing to learn. Drago's country has shaped him into something truly fearsome, by billeting with his team in a snowy wilderness Rocky is attempting to experience this transformative quality for himself. The American rejects the hospitality of the state to bunk with farmers. He pushes himself by wading through snow drifts and mantling hostile terrain. Rocky is absorbing a defining aspect of the Russian national character - endurance. Rocky's pig-headed desire to force himself through his body's limitations not only makes the adulation of the Soviet people understandable, it is inevitable. 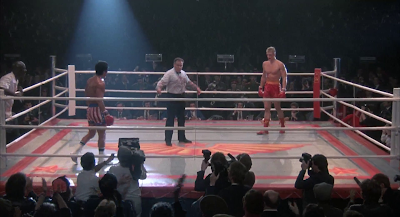 Finally Stallone uses a substantial amount of the last match to demonstrate and stress Rocky's physical and martial failings. For a start, he's too short to box the towering Drago, Rocky must leap to strike his opponent's face. Then there's the fact that he never makes any attempt to protects his head. Over and over again we see Rocky soak up Drago's reality warping blows and beg for more. It's insane but what better way to appeal to a nation that fed millions into the meat grinder to halt Hitler's march east?

How could the average Russian not admire Rocky's fortitude, his suicidal belligerence? Following Drago's petulant, childish declaration that he fights only for himself it is Rocky that better exemplifies the emotionally remote, taciturn attitude of this home crowd. With this in mind Rocky IV isn't so much about a cultural victory for capitalism and The American Way as it is a sombre acceptance that the United States and the Soviet Union are united in their appreciation of pure, unthinking force.

Throughout the 1980s Sylvester Stallone used tales of assailed masculinity to try and confer a mythic, almost religious quality to his image. As Rambo: First Blood Part II demonstrated, Stallone was happy to junk an airtight action screenplay if it meant he could spend more time filling the cinema screen with his neoclassical mug. Rocky IV then represents his most complete, exhilarating attempt yet. The writer-director takes his simple, lovable boxer from Philadelphia and elevates him to the level of demigod. Rocky, backed by Vince DiCola's celestial workout music, wins by not losing, sacrificing his body and, as we learn in Rocky V, his mind to batter down ideological barriers and earn not only his opponent's respect, but the adulation of America's most terrifying enemy.
Posted by Chris Ready at 22:32:00 0 comments

It's been 12 years since Toho put out a Godzilla film, in that time Japan has suffered through a Level 7 nuclear event while Gareth Edwards has jump-started the King of Monsters brand, directing a financially successful adaptation that focused on unwieldy, unlikely heroism. Rather than sit back and let Legendary Entertainment hog all the catastrophe, Toho has recruited Hideaki Anno (Neon Genesis Evangelion) and Shinji Higuchi (Special Effects Director on Shusuke Kaneko's Gamera trilogy) to shepard their own take to the screen. Their Godzilla is a towering, radioactive wraith; a flayed titan slathered in glowing, molten slag, desperate to share his pain with the world.
Posted by Chris Ready at 23:25:00 0 comments

Page #1 from Transformers vs GI Joe #13 by Tom Scioli 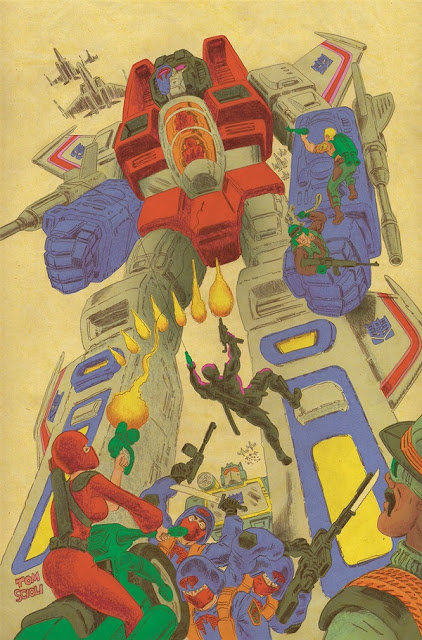