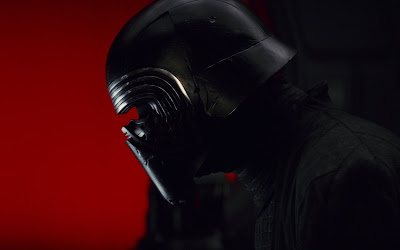 Firmly estranged from creator George Lucas, the third Star Wars cycle has struggled to beat its own, distinct path. The two films that precede Star Wars: The Last Jedi have cannibalised Lucas' entries, remixing and rehabilitating ideas to generate new material. Disney's contribution to the series seems to be focused on safety; incremental product that recycles past successes so as not to upset their lucrative apple cart. Star Wars: The Force Awakens plotted out a familiar heroic journey with characters that struggled with dead-end jobs and post-traumatic stress disorder, all the better to appeal to millennial spenders.

Rogue One: A Star Wars Story proposed a desperate war story told with a visual language indebted to the interlaced buzz of an NTSC LaserDisc, then reverted to type with your standard three-front battle. Given Rogue One's well-documented reshoots, not to mention Phil Lord and Christopher Miller's ejection from the Han Solo film for termination catch-all 'creative differences', there's an expectation that Rian Johnson's Star Wars: The Last Jedi would have to play it safe, spinning the galactic wheels just enough for Colin Trevorrow or JJ Abrams to swoop in with a satisfying (rhyming) conclusion. If Disney demand a specific tone and structural stranglehold for their side-stories, then surely actual saga installments don't stand a chance?

Watching The Last Jedi it's immediately obvious that this is not the case. Johnson's film is playful, irreverent even. The opening crawl has barely faded before we're straight into something resembling a skit - hot shot pilots prank calling the fascists while Vyvyan from The Young Ones paces the deck of the feature Star Destroyer. As the film unfolds it becomes clear that Johnson's approach to Star Wars isn't a bit cautious, it's impulsive and sweeping. The Force Awakens isn't treated as a holy text to be slowly decoded. Johnson instead positions the predecessor as a jumping off point, a platform that allows the writer-director a natural point of conflict when steering the characters into situations he finds exciting. Rian Johnson is having fun.

Unlike your standard middle chapter, The Last Jedi hasn't been written to signpost a route to an eventual outcome. The film races straight into conflict, arriving at moments that push resolution then demand a wider re-evaluation. Rather than write to please the kind of episodic drip-feed you might expect, Johnson has constructed his film around Daisy Ridley's Rey and Adam Driver's Kylo Ren. The film moves on their decisions, using their mounting sense of uncertainty to posit routes and solutions that lie outside the strict binaries their masters are selling. Even an important, legacy character like Luke Skywalker is examined and deconstructed in ways that predominantly cater to the needs of Rey and Ren's arcs.

Since this isn't his trilogy, Luke Skywalker is played at arm's length, his failure rationed out in short, contradictory recollections that hit like confrontations. Johnson and Mark Hamill propose a Skywalker struggling to reconcile his status as an intergalactic messiah with the knowledge that he wasn't strong enough to protect his pupil. This Luke hasn't been defeated by the resurgence of a galactic dictatorship or the dark lords that steer it, he has chosen to remove himself because, just for a moment, he couldn't shoulder the burden of another family member hurtling deeper into hate. Luke is presented in strictly human terms in The Last Jedi. Specifically, he's an anointed one deaf to the hubris his achievements should arouse.

Johnson and Hamill's skill is that The Last Jedi's Luke doesn't feel dissonant when compared to one we saw in Return of the Jedi. Given the circumstances, it's the only Luke Skywalker that could exist. The details of Skywalker's interim years may be disappointing in terms of a promise unfulfilled but they are instantly understandable. Luke's inability to dredge up the compassion that saved his monstrous father when faced with a corrupted innocent would undermine his sense of self. Johnson puts the dour Jedi we met in the prequel trilogy to good use too, using Luke's knowledge of their dogmatic thinking to exacerbate his sense of personal failing. What use is the most powerful being in the universe if he can't even take a child in hand?
Posted by Chris Ready at 23:12:00 0 comments 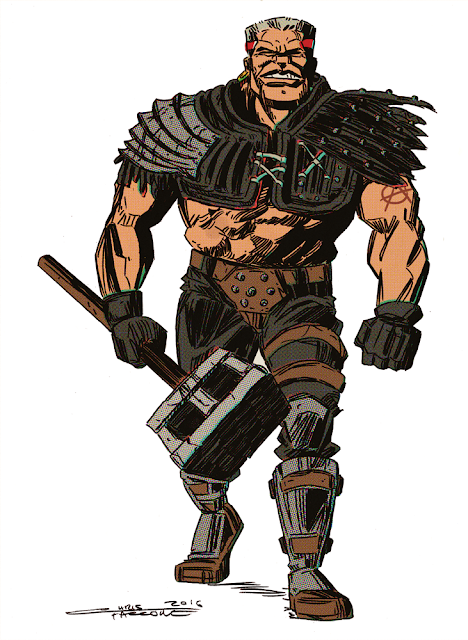 Action-adventure films unfold as a series of waves, setting up characters and situations before introducing a trickle of intrigue to keep their viewers interested. Levity is important too, a smile here or there helps to keep the characters feeling human, extra necessary if a writer is pushing too hard in a structural direction, exposing the on-screen action as a series of ruthless data points. A well-written character then will allow a viewer to simmer in their company, charting a growth in their gradual response to the unfolding mayhem.

This is, in part, the strength powering television streaming's current golden age - personalities are afforded the space, time and storylines required to simulate evolution. Running a scant 106 minutes, Dunkirk doesn't have the luxury of time, it isn't able to slowly pick its characters apart to see what makes them tick. Instead it takes a series of easily understood archetypes - the teenage soldier, the father, the ace - then endangers them. With not a second to spare, writer-director Christopher Nolan explores his characters in their minute-by-minute response to this sustained, mounting terror.

Heroism, if and when it manifests, is not expressed through triumph. Success is measured only in the decision to continue struggling, to stare directly into calamity and keep heading towards it. The rout at Dunkirk and the subsequent evacuation are the perfect scenarios to draw out these kind of details. Running time doesn't need to be dedicated to any kind of overarching exposition, beyond a clipped opening brief. Likewise characters aren't required to do anything more complicated than survive. Dire situation in place, Nolan can knuckle down on the finer, more expressive moments that a locked on-spec cinema experience can provide.

Nolan's thundering insistence that his film be viewed under very specific conditions makes more sense when we see how he uses the verticality provided by IMAX's 1.43:1 frame. With The Dark Knight the effect was perfunctory, arriving infrequently to stress the towering, monumental scale of the city at the centre of Batman's mission. On Dunkirk Nolan uses the elevated ratio to create images that expand in every direction, depicting unconquered, threatening space above and below his subjects.

These shots, working in concert with gun reports that hit like cannons and Han Zimmer's clattering approximation of a heart-attack, congeal into an ever-present sense of doom. Death can come from any and every direction. This effect is further accentuated by Nolan's decision to fold the Nazi menace into the environment itself, never breaking from his subject's limited, blinkered perspectives. The presence of U-Boats, for instance, isn't established through miniature coverage or a prowling, CG effect, that would break the carefully calibrated illusion.

Viewers are quickly conditioned to expect the promenade strafing runs, to know that making it on to a fleeing boat does not guarantee safety. Dunkirk pulses with this anxiety, a film primed to cascade into full-on horror at a moment's notice. The scope for danger is exacerbated by the tall frame; a towering expanse primed to overwhelm and consume the tiny, vulnerable figures limping across the frothing, voided landscapes.

If the pace ever threatens to slacken or, God forbid, provide a gasp of breathing room, the film hurtles off to another temporal point where jeopardy can be piled on until the next natural break. The three stories - The Mole, The Sea, The Air - collide and interconnect frequently, working in service to their own individual dramas and a wider perspective on the unfolding nightmare. Nolan doesn't hold back these convergence points either, we often see disastrous results long before any of the boys summon up the courage to instigate them. These shifting, even clashing viewpoints are another tool used to express the terrifying indifference of collapsing, ruptured machinery.
Posted by Chris Ready at 22:44:00 0 comments

Capcom and curator devs Digital Eclipse have, thankfully, resisted the urge to repaint and reorganise these classics, delivering them in a package not unlike Hamster's wonderful Arcade Archives series. The only thing holding this suite back from being absolutely perfect is the omission of the various Alpha series revisions, like Zero 2 Dash or Zero 3 Double Upper. Also headed our way in 2018 is Street Fighter V: Arcade Edition, a rebalanced and expanded re-issue designed to banish the collective memory of the title's original, criminally undernourished 2016 release.
Posted by Chris Ready at 22:10:00 0 comments 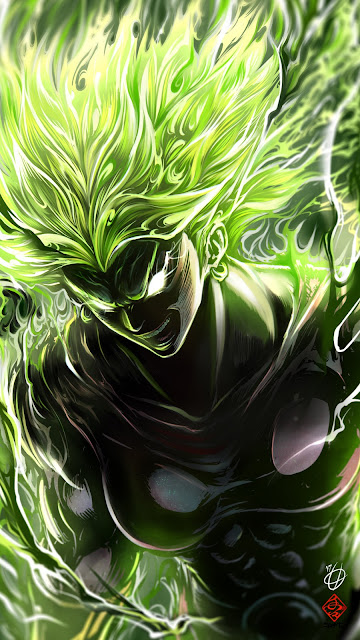