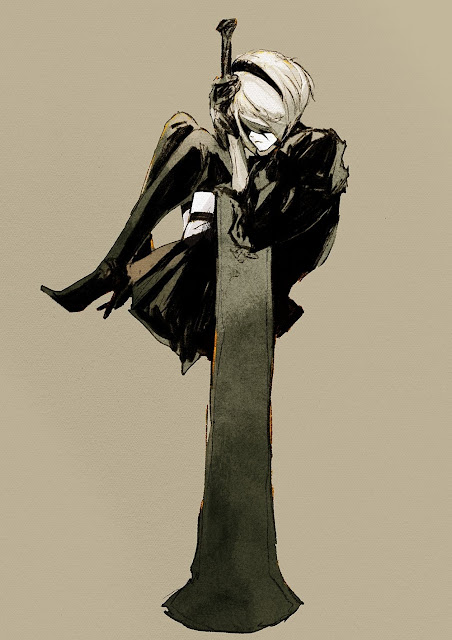 Compared to his Resident Evil films, Paul WS Anderson's Monster Hunter - another loose adaptation of a video game developed by Capcom - wants for the unifying sense of unease the writer-director embedded in those later entries. Lacking any textual concept as strong as Retribution or The Final Chapter's satirical stab at corporate cannibalism, Monster Hunter is laid bare as a hodgepodge of disparate set pieces with each section operating at a completely different, and not always complimentary, wavelength. Monster Hunter is Anderson in channel-hopping mode; a magpie stringing together moments and movements from a variety of sources, all now swirling around Anderson's biggest gun, his wife Milla Jovovich.
Jovovich provides a certain continuity with her fading Resident Evil franchise, not just in terms of actor deployed but also in how her new character moves and behaves. Artemis, like the self-assured Alice we saw in Final Chapter, is a leader of men; unflappable and quietly competent, her brilliance finally recognised by an intergovernmental authority then elevated to an official position of command. Naturally the grunts she oversees are quickly dispatched when their UN peacekeeping squad slips out of our world and into Capcom's. Their ballistic weapons are ineffective against the armoured hides of this realm's dragons - this explicit focus on guns as nothing more than useless (but still photogenic) mechanical movement means Monster Hunter never develops into the kind of technological slaughterhouse fans of GI Samurai or 2000 AD's Flesh might otherwise expect.
Anderson's film instead beats a similar path to the character action games that briefly propose unlimited power before battering the player back to zero, burdening them with a different skill tree to grind away at. General Dynamics miniguns and shoulder mounted rocket launchers revoked, Artemis shuffles around a series of rocky safe areas, tending to her wounds and quietly plotting her next move. She is soon joined by Tony Jaa's expert archer, the two burning calories with pointless tit-for-tat before the comfort of human contact in a world of scuttling belligerents wins out. While Monster Hunter slowly pivots towards a computer generated, sequel teasing, mega-battle, it's this Hell in the Pacific (or Enemy Mine if we're ticking off big screen, played-to-death-on-television, Robinsonade) act that really shines. The section allows Jovovich and Jaa tens of minutes to approximate an organic détente with nothing but their abundant physical charm. Indeed there's nothing in the light show finale as entertaining as Jaa's instinctive revulsion at the butyric whiffs emanating from Jovovich's smashed-up Hershey's chocolate.
Posted by Chris Ready at 13:57:00 0 comments 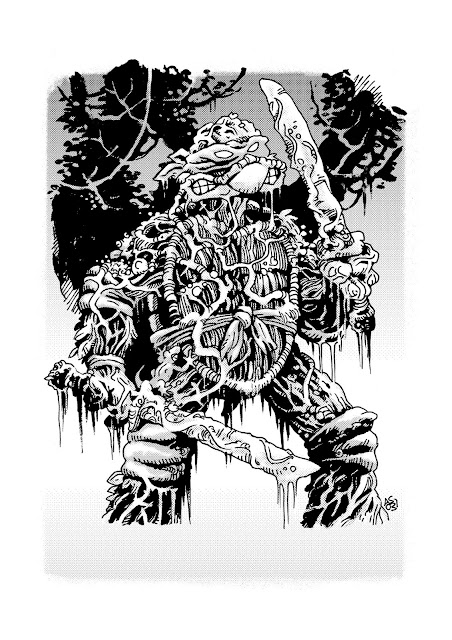 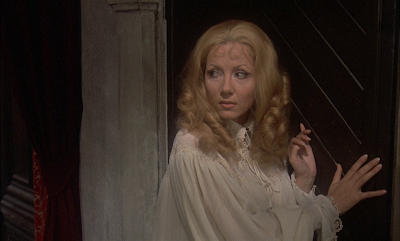 Countess Dracula, written by Jeremy Paul and directed by Peter Sasdy, is the vampire myth explicitly reorganised along class lines. jettisoning well-heeled foreigners and smoky seductions to focus on structural power imbalances and how the rich and influential can literally prey upon their social inferiors. Ingrid Pitt plays Countess Elisabeth Nadasdy, an ageing and recently bereaved aristocrat who, quite accidentally, discovers that she can recapture her looks if she treats her skin with the blood of young women. Nadasdy, and her court of browbeaten servants and assorted hangers-on, see no crime or even moral complication in these actions. These innocent, virginal, women (some barely more than children) are fulfilling the function they have been 'bred' for - they serve their master to an ultimate degree.
Sasdy's film is hilariously callous even in its opening moments - on her way home from her husband's funeral, the Countess' carriage crushes a starving peasant beneath its wheels, his shattered body left in the street for his weeping wife and children to discover. Similarly, the Countess' older, latterly cuckolded, lover (himself the other man in Elisabeth's marriage) isn't the least bit concerned about her bloodlust, he's more focused on getting some assurance that he will get his turn with a rejuvenated Nadasdy. In the midst of this hard-hearted feudalism a sense of grim acceptance and even collaboration is ever present. Leon Lissek's well-fed bailiff posts up in the castle kitchens, shouting down any hint of insurrection, telling his fellow serfs to be not just satisfied but appreciative of their defeated lot. This impotent sense of discontent pulses through the film, offset by Pitt's painstakingly plotted binges.
Obviously Pitt carries Countess Dracula, the actress managing to transmit a mixture of venom and thwarted desire from underneath an increasingly distorted, and plastic looking, hag's mask. Despite breakneck transformations - back-and-forth - between mouldering widow and enchantress, Pitt clearly establishes a consistent, flirtatious, persona, one that, quite apparently, the Countess has never been able to fully embrace. Pitt radiates excitement, literally drunk on the colour that her character has drained from the rest of the cast. Pointedly, her coquettishness is embraced when she is youthful but deliberately ignored when she reverts to her dotage. Sandor Elès' Lieutenant Toth, summoned as an age appropriate suitor for Elisabeth's daughter, remains her preferred target throughout, the pleasant but dim-witted man anonymously appraised through a mourning veil while Elisabeth's husband is being committed to the ground. Toth little more than an accessory in an increasingly manic, thrashing, tantrum against the passage of time itself.
Posted by Chris Ready at 00:19:00 0 comments

Although otherwise beginning a slow slide into obsolescence, the eighth generation systems are currently experiencing a scrolling shooter bubble, mostly thanks to publisher EastAsiaSoft. As well as mini-classics such as Xeno Crisis, Null Drifter, Project Starship X and the recently released Habroxia 2, this week sees the release of another arcade action game, Void Gore. Developed by Panda Indie Studio, Void Gore is a top-down shooter that very much looks like a cross between Mega Drive classic Gynoug (Wings of Wor for American readers) and Compile's satanically themed pinball table Devil Crash - a 16-bit mash-up that seems impossible to resist.
Posted by Chris Ready at 15:16:00 0 comments

Scarlett and Snake Eyes vs Galvatron by Geoff Senior 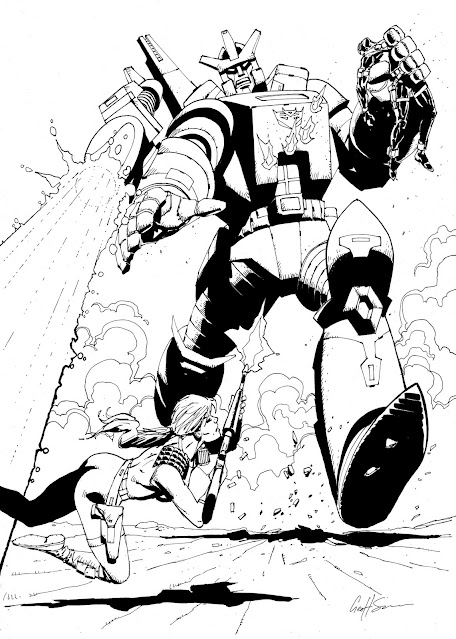 Attack on Titan II: End of the World

Cannily released as Attack on Titan: The Movie Part 2 in some territories, Attack on Titan II: End of the World is the feature film as a supplementary episode, essentially working as the third act of its predecessor. End is a short conclusion, chopped off then gussied up with exposition heavy reveals, a couple of betrayals, and far too many runtime-padding flashbacks. We are given access to this fallen world's secret history - projected on a wall for a brain-fried Eren - explicitly rooting the Titan series in grainy footage of 20th century experiment camps. The human body is positioned as pupal, the base component required for the thoughtless, ravenous, ogres. The rampaging threat then is biological, rather than mythological, a correction that seems crowbarred in to make sense of several characters with the newfound ability to spontaneously grow bone and blubbery mass around their screaming, human, bodies.
This strangely accessible update to the film's rules, coupled with the repetitive structural model, hobbles End of the World, taking more and more time away from the magic of Part 1's hook - my gang goes giant whaling. This new, faction based, drama completely muscles out the acute horror felt in the first episode, that of a profound upset in the food chain that has sent humanity spiralling to the bottom. Shinji Higuchi's previous Attack on Titan was Jack and the Beanstalk taken to a post-apocalyptic extreme; teenagers armed with swords and axes attempting to bring down an army of greedy, sexless, giants. End of the World is instead 80 minutes of melodramatic circling that must be endured on the way to, again, some wonderfully constructed kaiju battles. End of the Worlds' behemoths combine prosthetics, miniatures, pyrotechnics and computer generated effects to portray a violent post-human lifecycle - emaciated monsters with rictus grins come up against ginormous, volcanic, Body Worlds exhibits as well as an ossified twin that briefly transforms Higuchi's film into a belated sequel to The War of the Gargantuas.
Posted by Chris Ready at 23:24:00 0 comments 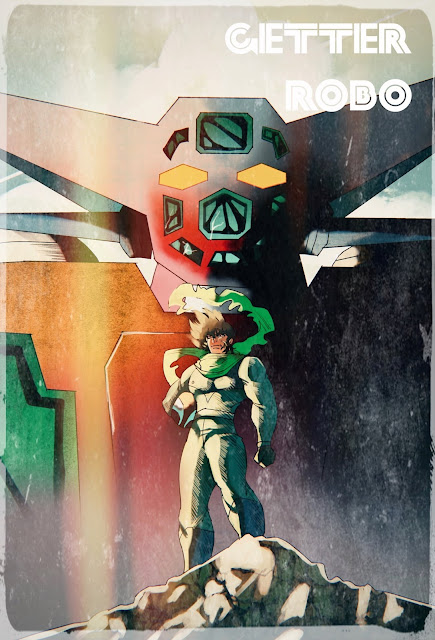