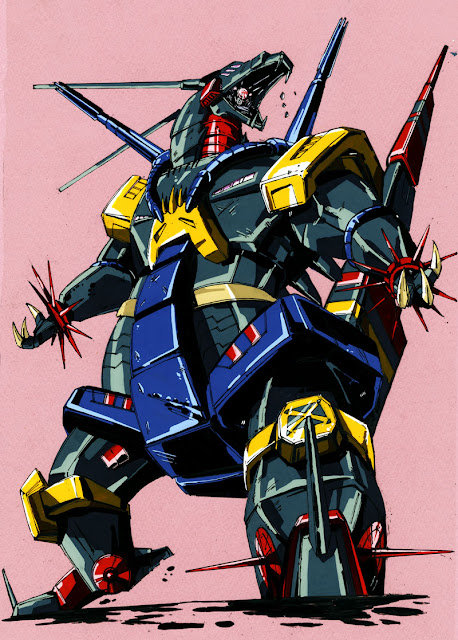 Despite their critical and financial success, Sony's first Spider-Man spin-off doesn't attempt to follow either the tone or the scope of the company's recent collaborations with Marvel. Refreshingly free of aggressive, multi-tiered world building, Ruben Fleischer's Venom instead resembles the kind of superhero feature made in the late 1990s - the three-act mutants that passed for comic book adaptations before Blade hit and showed everyone how to really do it. Venom recalls a time when comic book branding was less important than whichever star actor you could attract to a project - Tom Hardy's casting reaching for a kind of reassurance and bankability almost entirely absent from modern superhero fare.

Venom then is best enjoyed as a throwback, a comic book film that sees its titular property as a jumping off point (one that can steered towards exciting motorbike stunts) rather than a conceptual millstone. Routine, but built in a way that we are no longer accustomed to. Hardy up front, giving the kind of twitchy, physical performance that's closer to a larger-than-life, Schumacher-era, Batman villain than the earnest enthusiasm of Tom Holland's web-head. Although likely completely unintentional, it's interesting to note a few similarities between Venom and Hiroshi Watanbe's 1986 OVA, Guyver: Out of Control. Both revolve around an alien bio-armour that invades every level of a person's experience, wrapping their fracturing body in a black sludge that takes an invasive, basically sexual, interest in its host. Conflict in Fleischer and Watanabe's features also revolve around a similar kind of corporate clash - a big business expert submitting themselves to a colder, crueller creature on their way to a showdown with a discombobulated amateur.
Posted by Chris Ready at 23:32:00 0 comments

Despite Golgo 13: Assignment Kowloon's shortcomings, Sonny Chiba remains an exciting, forward-thinking action proposition. His star persona, largely characterised (in the West at least) by his performances in the Street Fighter films is one of indefatigable violence. He's a maniac, an agony transmitter poised to bludgeon and puncture anyone who offends him or impinges on his particular brand of ruthless self-sufficiency. In this sense he's the perfect actor to embody Takao Saito's relentless, invincible hitman.

Duke Togo is total criminality, an untouchable murderer who exists so far outside the idea of basic dramatic stakes that typical narrative trends (like learning or positive, life-affirming, change) are rendered null. A significant amount of Togo's Big Comic stories only feature him as a phantom presence - the unflappable expert who steps from the shadows to exterminate whichever patsy has been unlucky enough to stray into his orbit. In deference to fidelity, Yukio Noda's film rustles up a second lead to fret and drive Assignment Kowloon, Callan Leung's Detective Smith.

Unfortunately Smith, and his knockabout policing, overwhelm Noda's film, subordinating Togo in ways that end up actually detracting from the character's mystique. Initially this demotion is expressed in terms of plot machinations, eventually though Smith is allowed to lay hands on the assassin, an outrage that goes unanswered. Smith growls, making threats that would never be explored in further films. Assignment Kowloon may belong to another but that doesn't mean Chiba is a slouch. A dockside fight pulses with real venom, Togo brushing off a gang of street toughs with a confident, louche cruelty. Elsewhere, Chiba's athleticism allows him to scramble around Hong Kong streets like they're a giant climbing frame - a fearless physicality that prefigures Jackie Chan's approach to the city.
Posted by Chris Ready at 14:25:00 0 comments

Fiona Apple - I Want You To Love Me

Savaged Regime - For The Love Of (YM2612 Rearranged) 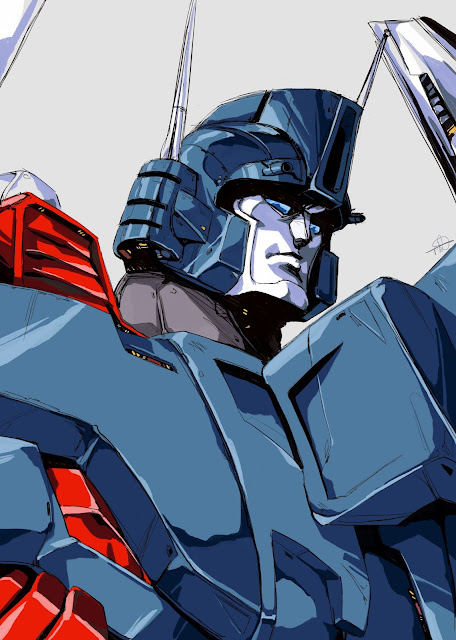 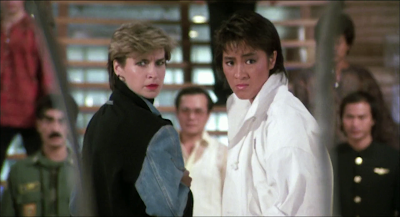 Starting at a hundred miles an hour, Corey Yuen's Yes, Madam! immediately impresses with a heist sequence that ends with Michelle Yeoh shotgunning a perp's hand off - a twist on a similar scene from Don Siegel's slightly more sedate Dirty Harry. Graduating from a bit player in Sammo Hung comedies, Yeoh instantly establishes herself as an energetic, credible martial arts actress - the perfect compliment to Yuen's punchy direction. Yeoh sprints alongside speeding cars then poses with a series of firearms, all the while dressed in roomy pastels with slicked back hair.

Disappointingly, Yes, Madam! isn't centred around this character. Despite an equally convincing action performance from Cynthia Rothrock, playing a bussed-in brute looking to crack heads after her mentor is murdered, both women are sidelined to spend more and more time in the cartoonish company of John Shum and Mang Hoi's petty criminals. What begins as a series of colourful asides soon balloons completely out of proportion with the entertainment they offer, distorting the film's shape and pulling us further and further away from Yeoh and Rothrock.

Initially at odds, the Senior Inspector's detente occurs off-screen. Our only clue that their minds have met is the pronounced change in Rothrock's outfits - her clothes evolve from buttoned-up power dressing to the same flared, sports casual collars that Yeoh wears. That both women are kept at arm's length throughout does have one positive effect on Yes Madam! though: you're always happy to see them. Their presence signals an uptick in excitement, allowing the film's energy levels to finally meet the crackle implied by editor Peter Cheung's exemplary fight assembly. Cheung - the unsung hero of many Jackie Chan and Sammo Hung films - creates a exhilarating sense of rhythm out of bold, pirouetting flourishes and their blunt trauma responses.
Posted by Chris Ready at 13:34:00 1 comments

Still plugging away at Call of Duty: Warzone when I can. After a couple of weeks spent banging my head against the wall playing opposite PC players who, I'm sure, have acquired their tremor-free gunfire and impeccable situational skills through heavy lifting (rather than, say, running cheat scripts), I decided to limit matchmaking to PS4 only. Immediately seeing a lot less clairvoyance, it has to be said. Click the video above for a particularly hot post-Gulag drop.
Posted by Chris Ready at 14:13:00 0 comments 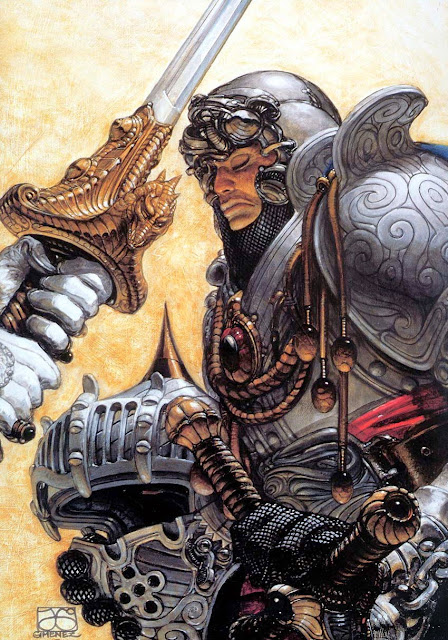 For a film built around nano-technology and bio-mechanical augmentation, David SF Wilson's Bloodshot isn't particularly interested in how the human experience might actually clash with a cybernetically powered, info-dump, identity. Neither is the film particularly dialled into the finer details of possessing a body that can enthusiastically repair itself, over and over again. Tanked upfront by a dreamy introduction that initially seems to be reaching for Michael Bay Americana but is later revealed to be deliberately awful exposition dreamt up by incompetents, Bloodshot never manages to tune into a mode of storytelling that fully exploits the film's conflicting, disparate, strands.

Bloodshot functions solely at the surface level, failing to dig any deeper on its identikit death squads or corporate megalomaniacs. The film's characters express themselves purely through function, specifically how they are able to nudge the piece forward, towards the next anaemic confrontation. Bloodshot is all grist, no meat. Given that his body is flooded with tiny, fastidious insects that mend every microscopic failing as soon as it happens, it seems natural to expect that star Vin Diesel will be examined in terms of post-human machinery - this film finally delivering on Fast & Furious' dangling insinuation that Diesel is a piston made flesh. At the very least, there's an expectation that we'll see bodies reduced to throbbing, blubbery viscera.

Again though, there's a self-imposed distance between the film's physical action and the fracturing, metaphysical interior of Diesel's growling army man. Although we're treated to views of the vast, crimson topography that pulses away within the newly upgraded Marine, this landscape is bracketed away from non-microscopic pummelling. Diesel's body is barely deformed - never required to visibly knit itself back together from a state of colossal ruin. Damage is only ever portrayed as a cosmetic affectation, a few spiralling lines of flesh code knitting themselves back into Diesel's movie star mug. Consequently, Bloodshot never rises above the level of a humourless, misbegotten vanity project.
Posted by Chris Ready at 17:44:00 0 comments