Shinji Higuchi's Attack on Titan is two superb special effects sequences moored at either end of a film that proposes hormonal drama but provides flat, disconnected, peril instead. None of Titan's human characters are particularly engaging - Haruma Miura's Eren does, eventually, manifest a power that transforms his body into towering musculature but this reveal is buried deep in the film's climax, its dissection postponed for the time being. Similarly, Ayame Misaki's Hiana - a single mother who must work a series of suicide missions to provide food for her child - seems to be offering a view into the socio-political structures that underline this besieged, strangely Germanic, apocalypse. Unfortunately any such insight is thwarted by Hiana's curtailed screen time; the woman chewed up not long after attempting to initiate sex with the film's virginal hero.
Titan's flavourless cast does actually work for the film though, in a roundabout way. Filling the screen with thinly defined youths speaks to an attempt to generate YA money. In this live action context a teen ensemble immediately suggest a Harry Potter style franchise maker, doubly so when every adult is portrayed as either broken or mercurial. So it's a shock when these characters - the Seamus Finnigans or the Parvati Patils - start getting absolutely pulverised by massive, rampaging, dolts. These Titans, courtesy of special effects director Katsuro Onoue and (Tokyo Gore Police director) Yoshihiro Nishimura, are fantastically executed - lightly dressed suit actors inching through ruins in search of adolescent snacks. They are the human body rendered as enormous and overwhelming, figures that register as acutely repulsive because of, not just their manic disposition, but their sheer size as well. In contrast to the uniformly trim teenagers, these monsters are bloated and deformed too. Their stomachs sag and distend; their faces warped in ways that recall foetal alcohol syndrome. Menace in Attack on Titan is this wave of massive imperfection, the inflated character actors, ravenously chomping their way through a team of matinee idols.
Posted by Chris Ready at 23:42:00 0 comments

Tentatively set for a Summer release in Japan, Shin Ultraman is the second feature from disaster movie dream team Hideaki Anno and Shinji Higuchi. Unlike their previous collaboration, Shin Godzilla, Higuchi is taking sole directorial credit here, with Anno listed as a writer-producer. Not that you'd know it, looking at this trailer. Higuchi has definitely absorbed some of Anno's fragmented perspectives, particularly camera angles that stress an absence of recording equipment and monster reveals that are anchored in a specific viewpoint - be that a helicopter news report or a stunned onlooker.
Posted by Chris Ready at 21:47:00 0 comments 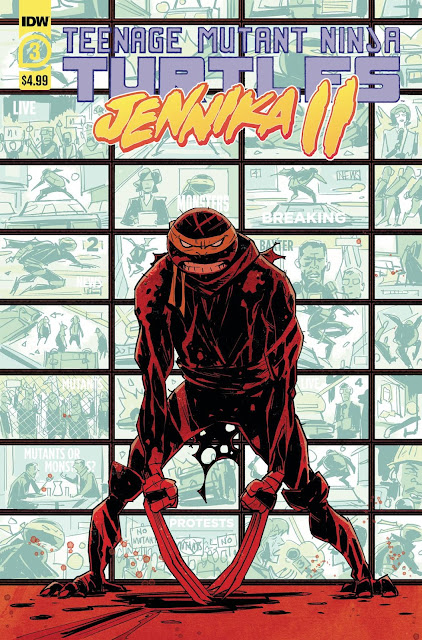 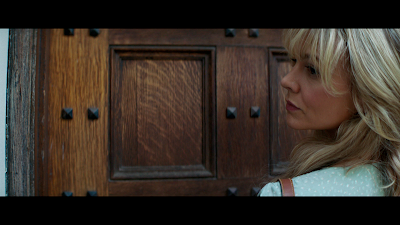 Promising Young Woman is a clear demonstration of how an excellent central performance can establish a tone or level of quality completely independent to the best efforts of the overall piece, creating, in effect, a sub-film. Any deviation from this micro-continuity is not just jarring, it can actually repulse. Carey Mulligan's Cassandra is Promising Young Woman's main character, so naturally her thoughts and actions dictate the ebb and flow for the majority of the film. Mulligan plays withdrawn and dour, manifesting stakes that match the severity of the film's premise - a grieving friend attempting to dominate, then punish, the specific kind of men who see women, and their bodies, as interchangeable or, in their most vile instances, expendable.
Cassandra posts up in bars then feigns a collapsing, sickly kind of drunkenness that attracts would-be rapists. These men consider their sexuality in predatory terms - Cassandra catering to their mindset by framing herself as, essentially, prey. Alice Lowe's Prevenge initially seems to be a touching point, an apparently similar tale about a vulnerable woman using well-worn intersocial tracks to place herself in tense situations before staging bloody murder, but writer-director Emerald Fennell's film isn't so clear-cut. Cassandra reprimands rather than kills, often unloading the real, physical, labour of retaliation to a proxy. Promising Young Woman then seeks to confound, doing so in clear opposition to, not only the revenge genre it purports to be operating in, but also the strange, disassociated mood relentlessly generated by Mulligan.
That Promising Young Woman is structured to deny a visceral sense of satisfaction is commendable in one sense - Fennell constantly works against an easy route - but leaves the film feeling vague and strangely unfocused. Side-characters further chip away at the edifice. Molly Shannon's bereaved mother is saddled with an underdeveloped sequence that momentarily suggests the bullet point stanza of police procedurals while Max Greenfield's late, tonally aggressive, appearance recalls gross-out comedy Very Bad Things by way of his own television show New Girl. Here the film, having jettisoned its focal point, takes on what can only be described as a metatextual quality, trapping the viewer in the repellent company of the flip-phone videographers who create transparent fictions as a way to power through their own outrageous behaviour. Thankfully, all of them - even a faded love interest - are portrayed as self-serving scum.
Posted by Chris Ready at 22:17:00 0 comments 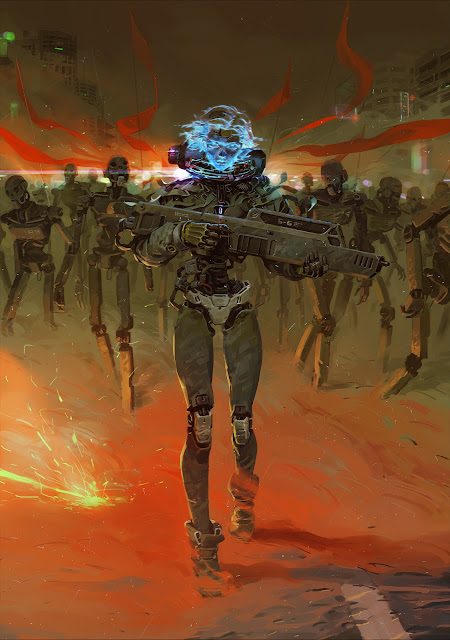 On approach, Vanguard could be mistaken for a spiritual sequel to Police Story 3: Supercop, a belated opportunity for Jackie Chan and director Stanley Tong to demonstrate that, thirty years removed from their peak, there's still life in these old dogs yet. This follow-up presumption does pan out but not for any reason that would actually translate into an enjoyable filmgoing experience. Vanguard, a ham-fisted slog for the majority of its runtime, has its roots in scenes felt superfluous for Supercop's international release - the pre-handover courting sequences that sought to draw a line between Chan's valorous Hong Kong policeman and the drilled duty of Michelle Yeoh's starched, CCP, suit.
Vanguard then fulfils the East Asian hegemony proposed by Supercop, with Chan now completely subsumed into a mainland filmmaking system that presents as the buttoned-up antithesis of the island city's permit flaunting, vérité, action cinema. Worth noting as well that, politically speaking, Vanguard is also acutely revolting. The film is a hatchet job that depicts Muslims as pointedly unprincipled bumblers, easily undone in their gauche, money-grubbing, efforts to kidnap noble Chinese businessmen. Somewhere in this agitprop Chan plays Tang Huanting, the Bosley to a team of young, presentable, private military agents who operate, unmolested, in any country they see fit. Vanguard is the spy film as reassuring propaganda, hardly a crime only Chinese filmmaking is guilty of, but where similar, western, efforts at least revel in their sweaty rule-breaking, Vanguard adopts the humourless stance of the prefect.
Of course, this disingenuous hectoring could be forgiven if Vanguard worked itself up to the bone-crunching melodrama that made Chan's name. Sadly Tong's film is cautious to a fault, burying any physical sense of excitement in treacly, computer generated, nonsense. Chan himself - admittedly well into his sixties now - is barely called upon, instead functioning as a floating seal of approval for younger action stars like the charmless Yang Yang or the underutilised Miya Muqi. Viewers desperate for Vanguard to portray any real jeopardy will have to stick around for the end credit outtakes to catch a glimpse of an overcast, choppy canal before it is transformed into a Zambian waterfall. Chan, with Miya aboard, capsizes their jet-ski then disappears completely from the static shot. Chan is unseen for 15 long seconds, leaving the worried, and slightly concussed, looking actress to fling her head around searching for her older co-star. Rescue boats eventually race in, pulling a breathless looking Chan up from the opposite, obscured, side of the overturned water craft.
Posted by Chris Ready at 00:44:00 0 comments

Email ThisBlogThis!Share to TwitterShare to FacebookShare to Pinterest
Labels: Fortnight, music, Too Ugly

Batman: Soul of the Dragon 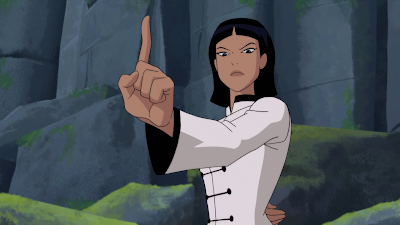 DC's direct-to-video animated movies are a curious proposition. From a technical perspective these 80 minute features struggle to meet the admittedly high standards set by the pillars of the company's best television animation - specifically, Superman: The Animated Series and Justice League Unlimited. For an action focused series, one designed to be sold on home video in supermarkets rather than appear on TV for free, these productions routinely present as impoverished, both in terms of money spent and time afforded. Viewers who expect these DTV efforts to consistently scale up the free-flowing combat delivered by Joaquim Dos Santos' pit fighting Grudge Match JLU episode - broadcast on US television in March 2006 - will, more often than not, find themselves disappointed.
Despite an enjoyable 1970s martial arts film framing, Sam Liu's Batman: Soul of the Dragon doesn't buck this trend to any significant degree. Action staging is cramped and robotic, almost completely failing to take advantage of a story that explores Batman's mystical self-defence training in the company of a number of characters created by the late, great Dennis O'Neil. Although functionally exposition, the flashbacks to this The 36th Chamber of Shaolin influenced drilling contains a fight so far beyond anything else in the rest of the piece - including every aspect of the finale - that it inspires sensory whiplash. Charged with defeating a buzzcut bruiser with only one digit, Kelly Hu's Lady Shiva launches into an attack completely unconstrained by the limits of a physical camera. The overbearing mediums that neuter elsewhere are utterly abandoned; Soul of the Dragon becoming unglued and exciting. The film even takes on the perspective of an index finger, hooking into a mouth to expose vulnerable gums and teeth. It's an inventive, beautifully boarded, sequence that, all too briefly, caters specifically to animation's strengths.
Posted by Chris Ready at 17:21:00 0 comments 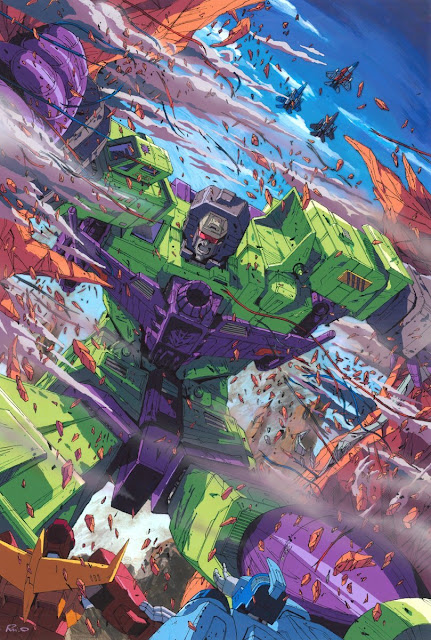 The Chemical Brothers - Let Forever Be 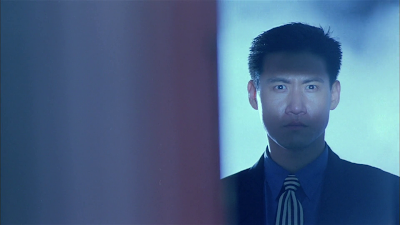 Peter Mak's The Wicked City (produced for Tsui Hark's Film Workshop and, allegedly, partially directed by the man himself) is gorgeous, a feature film that adopts the visual language of a vivid, 1980s fashion editorial as a way to translate the bubbling aesthetics of anime. Mak and Cinematographer Joe Chan arrange lithe, but buttoned-up, men and women in smoky business premises and overripe industrial landscapes, their violence accentuated by humming, hand-drawn, affectation. Released in 1992, Wicked City is pre-handover Hong Kong as a high-density psychic space, home to several competing factions; an environment on the verge of boiling over, facing an uncertain, likely transformative, future.
As an adaptation of the supernatural body-popping of Yoshiaki Kawajiri's OVA - itself based on Hideyuki Kikuchi's Black Guard book - Mak's Wicked City subordinates the invasive, sexual horror of Kawajiri's piece, reconfiguring the foreignness of that film's shapeless demon rapists into an encroaching (mainland?) business entity. These Rapters are often discussed in a cultural or ethnical sense, indeed this Wicked City's most pronounced arc belongs to Jacky Cheung's Ken, a mixed race (Rapter and human) secret service agent who is repeatedly, and pointedly, passed over for promotion. Stranded in a supporting role, Cheung's dilemma eventually fizzles out in the midst of unconvincing prosthetics, another victim of the film's chaotic plotting.
Wicked City is a collage; a beautiful, but disengaged (and disengaging), successions of events, underpinned by a fading sense of anxiety. The film proceeds with a nagging disconnect between why characters do things and what we understand their motivations to be. Despite this pretty substantial stumbling block, Mak's film is enlivened by regular injections of the phantasmagorical: excitable sludge demons pose as lifts, eager to digest the agents who have carelessly wandered inside and a bioluminescent heavy dry-humps a sentient pinball table. In this sense Wicked City functions as counterbalance for Shinya Tsukamoto's Tetsuo series. Where Tsukamoto built his films around a man sinking into the detritus of a city - eventually becoming a human battle platform synchronised to circuitry and concrete - Mak's film has the environment twisting around its biological residents - heavy industrial cabling is warped by the emotions of the magical mainlanders, becoming support structures for the high-wire tumbles of trysting super-beings.
Posted by Chris Ready at 23:00:00 0 comments 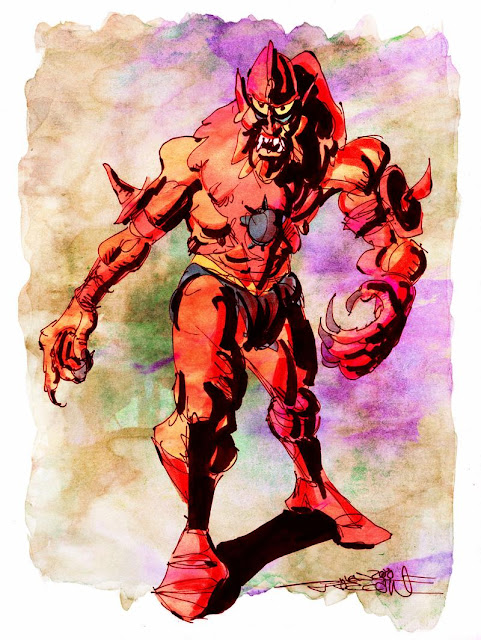 Email ThisBlogThis!Share to TwitterShare to FacebookShare to Pinterest
Labels: Chris Faccone, Masters of the Universe