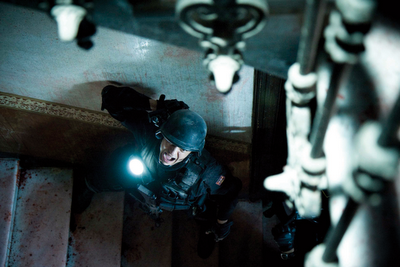 More found footage from the Spanish apartment block. REC 2 amplifies events within the confines of the original disease space; so instead of mismatched civilians dodging zombies in a quarantined building, we get an armed response unit breaking in with an objective. The new players race to REC's creepy-crawly final area, ransacking the hysteria room for clues. Beats are reconfigured and repurposed to fit a sequel agenda, REC 2 instantly expanding and embellishing the core intruder concept, violently seesawing the survivors between safety and peril like a hyper-caffeinated Prince of Darkness. REC distinguished itself from the running undead pack by tying the infection into Vatican sponsored research into the occult. REC 2 runs with this, hinting at a higher, celestial conflict, using the supernatural to manufacture anxiety within the POV format. There's a severe interest dip when the film takes a time-out on the Police to hang out with a trio of bratty teenagers, but that misstep is accounted for by the newly self-determined agenda the disease displays - a manipulative, knowing intelligence, with boundless ambition, and a talent for deception.
Posted by Chris Ready at 16:01:00 0 comments

The most unwanted follow-up since An American Werewolf in Paris continues the anti-wow with this red band attention grabber. Jump scares! Imperilled hotties! No obvious practical creature effects! This shit looks antithetical to the utter hopelessness the Carpenter flick routinely generated. Aside from a whip thick tentacle capped with a flower-head sucker, the biology of the creature is failing to excite. Bottin's beast was an impossible mess of innards programmed to ensnare. This calibration lacks anything approaching that level of intensity - shifting bones and bits are always concealed by elasticated, discoloured, CG skin. Deforming human shapes can be fun, but the thing shouldn't have base elements, it should be insane.
Posted by Chris Ready at 13:15:00 0 comments

THAT BOY IS OUR LAST HOPE by Dan Hipp 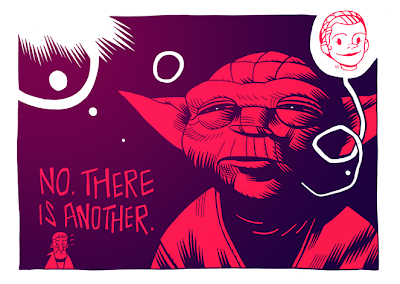 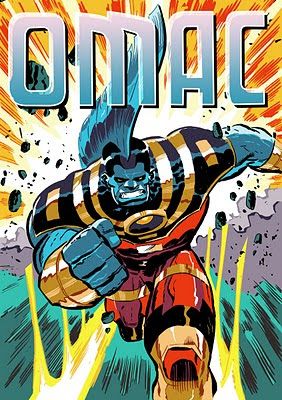 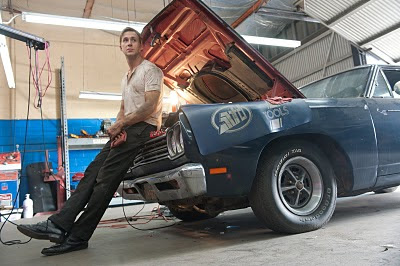 Ryan Gosling's Driver has no equal. He has no opposite to set himself against, no nemesis to confound him. He's alone. As much as Drive is about a heist tumbling out of control, it's equally about a man trying to find his place and create roots. Driver has at least three jobs - a wheelman of supernatural ability, a day-play stunt-driver, and a mechanic. He demands distance as a criminal, his only interaction a neutral rundown of what his client can expect. His movie role that of marginalised crew, made-up in a Matt Dillon fright mask, staging lethal car crashes for incompetent directors. At the garage he labours under the paternal gaze of Bryan Cranston's Shannon, an inveterate fuck-up with ambition beyond his means.

Shannon aspires to mold and govern, but his influence over Driver is limited, even laughable. Like all the other males in Drive, proximity to the Driver is withering. He makes them seem small and weak. Visually, Drive shares the sodium lamp fizz of 70s/80s chase thrillers like The Driver, or To Live and Die in LA. There's even a coiled mechanism that recalls the mission minds of The Terminator's time travellers. Structurally though, Drive is closer to mysterious stranger films like Shane, Yojimbo, or A Fistful of Dollars. A self-actualised island personality exploring its tender urges in the midst of slaughter. Total psychosis working a protector kink. It's never going to work out for Driver, but at least he tried.
Posted by Chris Ready at 13:29:00 0 comments

REC 3 ditches on POV hysterics and stairwell slaughter to truss up a slight Spanish girl in a basque and garters for a sweaty chainsaw throwdown. Let's all pretend we're appalled.
Posted by Chris Ready at 13:08:00 0 comments 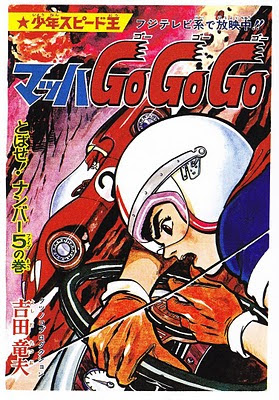 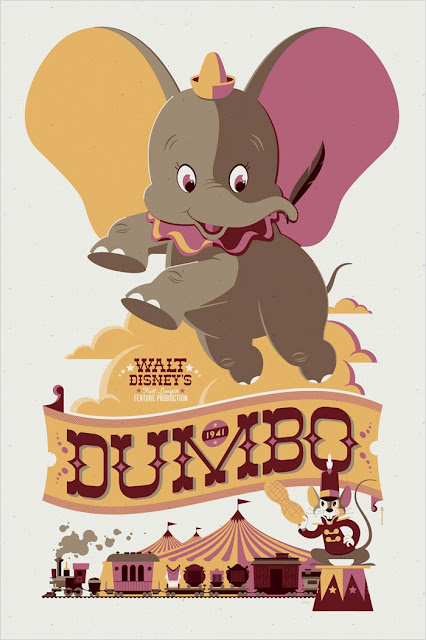 TV Girl - Baby you were there

One last Modern Warfare 3 clip to briefly demonstrate how one of the player controlled Juggernaut point streaks works. In previous games, the Juggernaut was a heavily armoured enemy type in the Spec Ops game modes. Usually accompanied by foreboding music, these jogging tank men specialised in running you down and ruining your day.

There are two Juggernaut streaks in Modern Warfare 3's multiplayer. The one shown here, Juggernaut Recon, is awarded for reaching an 18-point streak using the Support Strike Packages - point streaks tailored to cater for teams rather than individuals. Other Support Strike rewards include reconnaissance vehicles, and ballistic vests. It's worth noting that when using the Support system, streaks do not reset on death. Regardless of how many times you die, you are always building towards your chosen rewards.

As well as being able to sponge damage and chase down enemies for a riot shield bashing, players equipped with Juggernaut Recon will become mobile motion sensors, pinging enemy locations for allied players. The other Juggernaut streak is available when using the Assault Strike Package, which does reset when you die. Reach 15 unbroken kills and you get the body armour, an M60 machine gun and a ridiculous Magnum revolver.
Posted by Chris Ready at 16:47:00 0 comments

Testament: The Bible in Animation - Elijah

Keen followers of Mike McMahon's splendid Tugging Your Coat blog may have been shocked to learn that Mr McMahon worked on a Bible animated series for the BBC. I know I was! I have vague recollections of Testament: The Bible in Animation popping up in an afternoon slot on BBC2 during school holidays. Like the BBC's Shakespeare animations, they were always worth sitting through if caught. The animation was usually lightly experimental, and the content a shade more gruesome than what you would expect from the apparently dull subject matter. Predictably, McMahon's episode is totally fucking awesome, and features beardy, angular men kicking hell out of each other to brooding opera music. That Elijah was a real shitkicker.
Posted by Chris Ready at 11:22:00 0 comments

It is a widely held belief that the greatest indignity the Alien series ever suffered was a rash of witless crossovers with Fox stablemate Predator. Au contraire! Real sci-fi masochists are directed towards this shit shill for Pepsi; a 1992 event commercial that features the Alien 3 draft of the Xenomorph struggling to locate two scruffy young grungers in a smokey alley, whilst suffering some incredibly shitty comedy vermin sound effects. Fincher's flick made the creature look like a writhing mess of copper tubing and polished black diamond. Nightmarish contrast! This burper has all the visual sophistication of a light creeper on a cable TV children's channel.

This is the juice! Finally, a rush flavoured shill for Modern Warfare 3, featuring exactly the sort of qualities that should be stressed to get people hyped. Although loaded with freeze-frame info, yesterday's multiplayer reveal basically boiled down to four minutes of slow-motion glamour shots of architecture and character models, arguably the Call of Duty franchise's weakest link. With Battlefield 3 looking like an interactive front line news report, that sort of hawking looked, frankly, batty. Why move on graphics, when the competition's comfortably killing you in that match-up? This minute and change is different though, teasing toys and tech, whilst never breaking 60 FPS sprint pace. This year, if you want to get people excited about the lightly antiquated Call of Duty franchise, you've got to make it look like an ice cream headache - too many treats, eaten too quickly.

20XX needn't have worried. Despite the latest Modern Warfare 3 multiplayer trailer disappearing up its own wazoo, turns out the attendant press event, Call of Duty XP, could be counted on for twitchy gameplay feeds. This clip from Spec Ops's Survival does a nice job of demonstrating the mode, showing the staggered round progression, how you'll use the laptop currency system, and the total feedback that made Modern Warfare 2 fun on wheels. Like Nazi Zombies, it looks like the players can be quickly overwhelmed and downed, but at least the enemies aren't an endless procession of bullet sponge National Socialists. The mix and match of different enemy types, including chemical weapon dicks that apparently release disorientation gas upon death, suggests a hyper-mobile siege thinker, that consistently demands new responses and tactics if you're to scrape by.

In contrast to Modern Warfare 2's gameplay feed multiplayer trailers, this reveal for Modern Warfare 3 online leans heavy on the play-as-narrative baloney kicked off by Call of Duty Elite's Karl shills. It's interesting to see eye-catch glimpses of perk load-outs and such, but it never really translates into any meaningful examples in this bloated slow-mo stare at what we can expect come November. It's all just so Call of Duty as brand. I ain't no shareholder, I wanted Call of Duty as fun. Still, there's hype to be had. Call of Duty 4's Overkill Perk is back, allowing two primary weapons; that prowling robot sentry gun looks like a blast; and your equipment load-out now includes Halo style defensive options. It'll be interesting to see how much punishment that electrostatic shield thingy can sponge, and whether or not Scavenger resupplies it. Could be essential for bomb rush/defense on Demolition style gametypes. 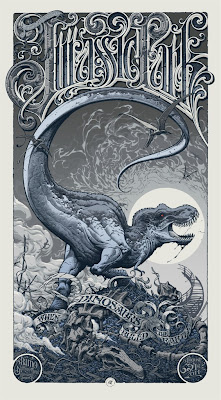