Disaster Year: 20XX is three today. Phew! That's the terrible twos over with. A big thank you to all the readers.
Posted by Chris Ready at 20:05:00 0 comments

Among the best Transformers world-building came from the UK arm of Marvel Comics. Published weekly, rather than monthly, the title needed regular content injections, a task that usually fell to in-house writer Simon Furman. Since all the big name characters were off having US authored adventures, Furman specialised in beefing up mid-card players, turning them into dangerous wildcards that drifted in and out of extinction epics. Shockwave was a particular favourite of Furman's. In contrast to the servile chump presented in after-school TV show, Furman's Shockwave was a powerful, calculating bastard, always angling to usurp the de-facto Decepticon commander Megatron. That's the vibe I'm getting here in this latest shill for Transformers: Dark of the Moon - Shockwave as his own entity, neither Autobot nor Decepticon, pursuing his own agenda and crushing everything in his path. Disaster Year predicts a Prime / Megatron tag-team will be required to terminate this cycloptic Caesar.
Posted by Chris Ready at 00:24:00 0 comments 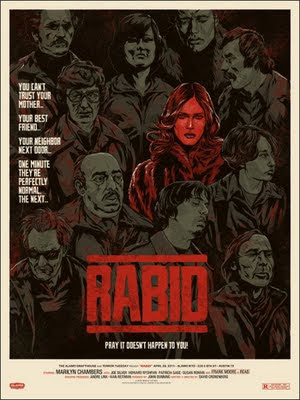 Seven films to build the wizarding world. Seven films to populate it with characters of varying allegiances, ages, and power levels. Time to smash them all together like it's shonen, and tear it all apart! This trail for Harry Potter and the Deathly Hallows Part 2 reads like an extinction event with all the major players rushing headfirst into battle against the kind of evil that attacks a school. Not glimpsed here, but who doesn't want to see Hogwarts teachers finally getting to start some shit?
Posted by Chris Ready at 15:27:00 0 comments

Call of Duty: Black Ops's latest zombie expansion has more than a little whiff of Left 4 Dead about it; three brawny dudes and one chick versus an army of shuffling monstrosities. What sets this apart is an endemic, moneyed irreverence that allows developers Treyarch to recruit Buffy, Machete, Freddy Krueger, and Henry to put the hurt on an electrified, zombified George Romero in an abandoned Nazi Arctic base. Bravo!
Posted by Chris Ready at 20:28:00 0 comments 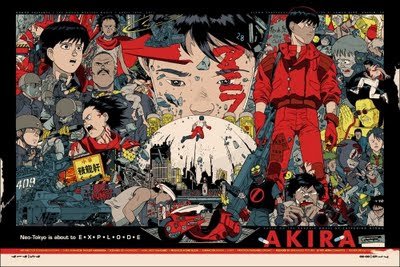 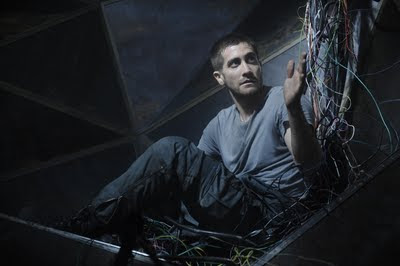 That Source Code doesn't entirely succeed as a thriller isn't necessarily a weakness. The film is structured around repeating passes at a fixed scenario. Captain Colter Stevens muddles through a confused sequence of events in search of a perfect playthrough. This event repetition also allows the film to explore varying degrees of success, from getting lost pursuing a red herring, to stumbling at the last hurdle. In Source Code, a scrappy action conclusion isn't quite enough for the player. He wants a replay so he can iron out his mistakes, construct a future for his playground, and account for his own personal dilemmas. Source Code is a video game. Stevens wants to beat his high score. He wants the good ending.
Posted by Chris Ready at 15:20:00 2 comments

Dead Rising 2 was a decent enough approximation of the original title's lawless glee, even if it did lack the mumbled, lost-in-translation narrative qualities that drive most Capcom action games. The original Dead Rising chugged along to a pleasing survival horror conclusion, before transforming itself into a fraught, sci-fi scavenger hunt for the post-game bonus mission. Dead Rising 2 accounted for this nifty secret story-telling, but whiffed it by attempting to keep things organic. Dead Rising's joy came in its tangents, mistakes, and wild tonal shifts. It presented itself as a game made specifically for American tastes, whilst taking endless pot-shots at the consumer culture that drives that country. Dead Rising 2 played it straight, and came up short. With Frank West back in the avatar seat - and sporting an impressively slouchy beef gut - perhaps Blue Castle and Capcom can recapture some of the futureshock madness that made Dead Rising so special?
Posted by Chris Ready at 14:17:00 0 comments 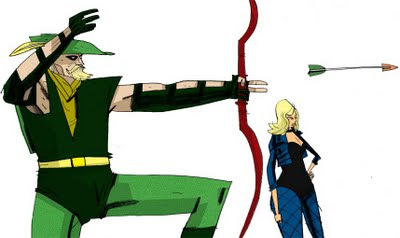 WJC's been turning out a series of pretty nifty DC character drafts this last week or so. This Green Arrow showcases a good chunk of the artist's strengths - long adventure limbs, an ability to stress character through action, and a fluent grasp of how clothing should hang. Not to mention his light touch colour choices, and anti-porno lady lines. Black Canary, like all of WJC's women, is attractive without being crass.
Posted by Chris Ready at 13:21:00 1 comments

Hobo with a Shotgun 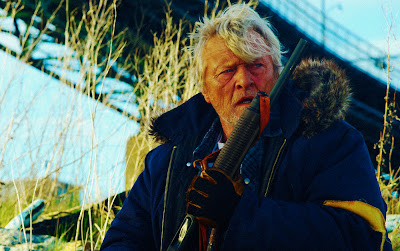 Rutger Hauer is twitchy and itchy. Pulling faces, scowling, chuckling. Mouthing off a mumbled string of impenetrable homilies, with a pretty young hooker in tow. The effects are practical, the bloodshed laced with meaty chunks, and every single frame saturated with rapidly shifting primary colours. The central city in Hobo with a Shotgun isn't just corrupt, it's insane. Presided over by a squat, pinch-faced lunatic and his Tom Cruise twins, with local law enforcement deep deep in their pockets. Hauer's Hobo stumbles from indignity to indignity, finally taking a stand against the citywide madness by pumping slugs into the populace. The Hobo's shotgun is absurdly fetishised, at once a grindhouse pulveriser and a magical justice totem, its cocking clack mixed high and loud like a sleazepit applause prompt. Hobo with a Shotgun takes no ironic stance, it isn't a parody of gauche gutter cinema. Likewise, it isn't employing recognisably trashy tropes to cash in on some perceived market attention. Instead, it's the real deal. A grimey sprint through the fevered imaginations of children raised on videogames and selfish cinema.
Posted by Chris Ready at 14:39:00 0 comments

Lisa Lougheed - Run With Us

Omni Consumer Products Approved (or "I'd buy that for a dollar!") by Dan Hipp 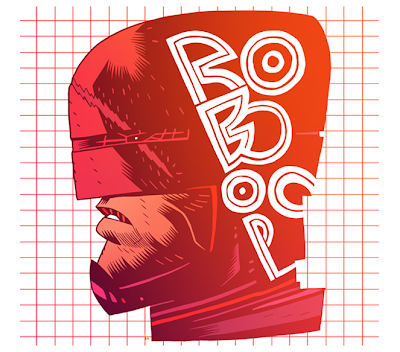 A quick browse of Mr Hipp's sketchbook blog reveals a knack for surmising pop culture products in a one neat image, usually accented with a playful little meta-nudge. This RoboCop is a high-tech neon light augmentation with just enough cracks and marks to remind you that at the core is what's left of a vulnerable man. Hop on over to view an image for The Wolverine that is everything I hoped Darren Aronofsky's aborted film would be.
Posted by Chris Ready at 14:11:00 0 comments

The adverts for the pre-Transformers Diaclone toys are always interesting; usually taking the form of a stop-motion mini-movie with the feature toy either racing past scale explosions, or being birthed from techno data wireframes. This ad for the toys that would eventually become the Dinobots pitches itself squarely kid-level, detailing a fruitless attempt by non-poseable, cloddy dinosaur toys to batter their mechanical replacements senseless. Rather than draft evil robots for a feud, this shill's narrative uses found toys. Lumpy plastic dinosaurs were everywhere in the 80s - Disaster Year has fond memories pestering parents for an addition to our collection everytime we made it to Chester Zoo. Takara introduces their new creations as compatible with these pre-existing toybox pieces, but leaves you with no doubt which figure is superior.
Posted by Chris Ready at 22:05:00 0 comments

Zombie Zombie - Driving This Road Until Death Sets You Free

Simon Gesrel and Xavier Ehretsmann's 3¾ inch recalibration of John Carpenter's The Thing traps a platoon of GI Joes in a scale Antarctic outpost, at the mercy of an infection that makes mulch of men. Rather than play the concept for a few retro nudges, Gesrel and Ehretsmann's short is pitched nihilistic, capturing the paranoid dread of Carpenter's movie, whilst also accounting for the machismo mind of the action figures.

The grim tone is matched by Zombie Zombie's music, a shrieking, buzzing, electronic cacophony that speaks to cold sweats and distress. Driving This Road Until Death Sets You Free is taken from Zombie Zombie's 1998 A Land for Renegades album. The band have also released a covers album featuring music from John Carpenter movies. Disaster Year can personally attest that their take on the Halloween theme is funky as fuck, and, in their hands, the theme from The Thing becomes a vast, intergalactic dirge.
Posted by Chris Ready at 15:01:00 1 comments