Street Fighter II - The World Warrior is twenty years old this month. To celebrate, here's Santora2007 thugging his way through story mode with series posterchild Ryu. Looking back at the original arcade issue, it's interesting to note how the Boss characters were kept secret, only being revealed to the player after a certain amount of victories. There's also extra background detailing that got phased out of subsequent installments, and special moves deliver absolutely devastating amounts of damage. 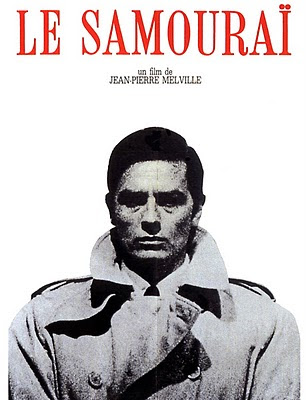 Rodimus Prime (or Rodimus Convoy if you prefer) as sold to Japanese Transformers fans in the 80s. As well as extreme low-angles, and some nifty stop motion transforming, you also get the Rodimus toy perched on several inches of hobby rock to create the illusion it towers over the gigantic Decepticon commander Galvatron. In reality, Rodimus Prime barely meets his adversary's chest. I received a reissue of this toy in the post this morning, the plan is to display the hot rodder Winnebago mode with maximum pride!
Posted by Chris Ready at 12:54:00 0 comments

This year's sequel to Rocksteady Studio's peerless Batman simulator Arkham Asylum posits an urbanised Escape from New York style solution to Gotham's beefy crime wave. In Batman: Arkham City players can Dark Knight their way through an unspecified amount of city space, plunging headfirst at assorted scumbags. The emphasis here on Catwoman as an ally would seem to suggest some sort of co-operative multiplayer component. A shame then that this potential Cat/Bat alliance would close the door on any of the Boy Wonders putting in an appearance. Curses! Rocksteady! Fancy guaranteeing yourself a prestigious (ahem) end-of-year mention on Disaster Year 20XX? Gift us consumers some Damian Wayne flavoured DLC. Please?
Posted by Chris Ready at 12:39:00 0 comments

Ten years since Sega called it a day on the Dreamcast, fans are still privy to a steady trickle of last gasp efforts. German company RedSpotGames have independently published a handful of quality DC titles over the last few years; from Rush Rush Rally Racing, to Neo Geo port Fast Striker. Their latest acquisition is Duranik's Sturmwind, a scrolling shooter of such quality you'd be forgiven for thinking you were seeing PSN's latest bullet hell iteration, rather than boutique software running on a thirteen year old system.
Posted by Chris Ready at 12:24:00 0 comments

Chip Kidd gets his chat on, speaking to the proprietors of common sense movement site, Stodgy is Sexy. Just behind Mr Kidd lurks one of my all-time favourite cover collages, the extreme frame contraction that serves as the attract point for a re-release of Frank Miller and Lynn Varley's The Dark Knight Strikes Again. Kidd cannily captures all the creased, despotic hysteria of that book in a frenzied zoom on a mad, probing bat-eye. All hail the Gotham City Batman!
Posted by Chris Ready at 22:21:00 0 comments 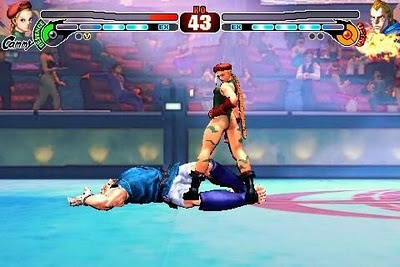 As well as pledging 100 million yen to relief funds, Capcom are also currently selling Street Fighter IV for the iPhone at a discounted price, with all proceeds from sales going towards helping those affected by the Tohoku Earthquake. UK readers can snag it for 59p, US readers for 99¢. Alternatively, British Red Cross donations can be made here.
Posted by Chris Ready at 20:17:00 0 comments

A 1984 advert for the Honda City-Turbo II, notable for featuring an armoured, cyberpunk bulldog designed by Katsuhiro Otomo.
Posted by Chris Ready at 15:14:00 0 comments 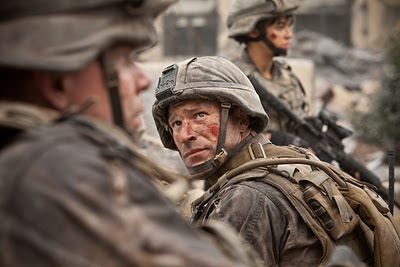 Everybody in Battle: Los Angeles talks with the garbled syntax of a military recruitment ad. These aren't characters in a traditional sense, rather meat shapes with scriptbot issues designed to simulate recognisable human traits. Thankfully, these artificial characteristics are rapidly ditched as the platoon is fed into the reportage grinder, where everything becomes totally incomprehensible anyway. A 12A rating helps ensure injuries stay unbloodied and heroic while in-field foul language is kept to an absolute minimum. Not that these grunts grumble mind you, everybody here is ruthlessly on-message.

In that sense, Battle: Los Angeles is a truer adaptation of Robert A Heinlein's Starship Troopers than Paul Verhoeven's 1997 film. Rather than a withering satire of intergalactic fascism, Heinlein's novel is a love letter to the idea of the military and a man's place within it. Everybody to act as a limb of massive unthinking collective, rather than an individual. Traces here in the anti-drama of Aaron Eckhart declaring absolute loyalty, in the face of extinction, to an inept commanding officer that has just proven himself capable of wandering into an ambush. Battle: Los Angeles isn't all awful though. The alien invaders are merciless and unknowable, operating with a kind of found tech that looks like it's been cobbled together out of asteroid field wreckage. The film's highlight comes in an on-the-fly autopsy scene that sees Eckhart relentlessly digging through the kaleidoscopic insides of a squealing, bleeding POW. Desperate to find some recognisable weakness, and after much frenzied stabbing, Eckhart eventually arrives at the conclusion that shooting them in the chest might work.
Posted by Chris Ready at 13:00:00 0 comments 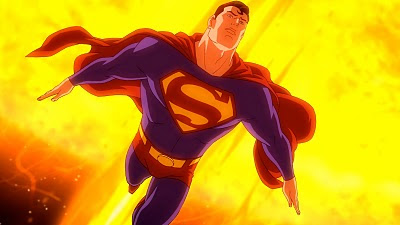 An abbreviated zip through Grant Morrison and Frank Quitely's modern masterpiece. Incident and idea detailing in this All-Star Superman may be trimmed and lightly clodded in service to an action plot, but Morrison's super-engaged Man of Steel is otherwise beautifully accounted for. In applying, and emphasising, Superman's intellectual and emotional spectrum, Morrison arrived at a fresh, credible take on a character usually hamstrung by a goody-goody otherness. This Kal-El is curious and motivated, using his powers less as a reactive counter-balance, more as a means to explore and document. Despite a few bum notes on key beats - the Superman 2 tease in particular plays creepy - Sam Liu and the late Dwayne McDuffie's adaptation moves on the same keen toil as Morrison and Quitely's wonderful comic.
Posted by Chris Ready at 23:36:00 0 comments

Conan the Barbarian 3D gets an unfathomable anti-action teaser trail, backed by some brawny Viking-Man percussion, and the now standard Inception prowl sound. Don't bother showing us any of the film! We like wasting our time looking at a minute and change of swirling smoke patterns! As a statement of purpose, it's nice that the filmmakers are confident enough to sell on an idea of epic, but Disaster Year can't help but feel that just ten seconds of the new Cimmerian expertly demolishing an opponent would be preferable. At least that would've helped allay the very real fear that this mascaraed up good-looker ain't fit to starch Schwarzenegger's jockstrap. Just saying!
Posted by Chris Ready at 19:46:00 0 comments

Close Encounters of the Third Kind by Todd Slater 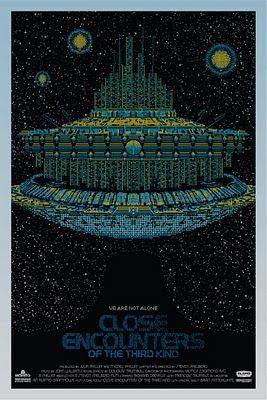 Flirt length shill for Nickelodeon's upcoming CG Teenage Mutant Ninja Turtles series. Immediately notable is the focus on making the Turtles weaponry that little bit more lethal. Michelangelo has ditched his BBFC worrying Nunchaku for what looks like a Kusarigama, a peasant weapon designed to kill armoured enemies (Shredder?), adapted from a farmer's sickle. Donatello get a Naginata, a weapon of the Samurai class, usually used by women - nice dig at the brains of the outfit Nickelodeon! The Turtles themselves are stocky and grumpy looking; besides the colour coded bandannas, each Turtle's skin colour appears to be patterned after their Playmates action figure incarnations, with Don noticeably darker than his brothers. No real details yet, other than a 2012 air date.
Posted by Chris Ready at 19:19:00 0 comments

Shadows of the Damned gets a narrative ad, complimenting the previous seizure-comic-meets-Dead-Space pitch with a haunted world framing device that recalls Suda 51 and Shinji Mikami's last collaboration effort, the wonderful Killer7. That title drafted Lucahdor wrestlers, suicide bombers, and schizophrenic Mr Fix-Its, hurling them into a mess of vote rigger sleeper cells, and country ender conflicts. Killer7 suffered reception wise thanks to an eccentric control system, with that issue apparently licked for this title, perhaps more players will be inclined to indulge themselves in Suda and Mikami's interactive delirium?
Posted by Chris Ready at 18:15:00 0 comments 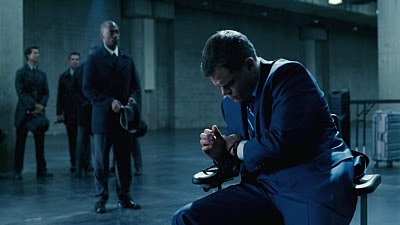 A pleasant enough time-waster that rapidly dumps an idea designed to induce an acute hysteria, in favour of a couple friendly noodle on how ace it is to be in love. The Adjustment Bureau coasts on Emily Blunt's relentless charm and Matt Damon's ability to look confused whilst running, simplifying the machinations of a creator designed multiverse to a couple of prickly, celestial underlings playing at being overprotective parents. Impossible ideas quickly become mundane and everything's resolved with minimal damage to the key players. The only genuine shock is that these empty calories had their beginnings in a Philip K Dick short story.
Posted by Chris Ready at 18:04:00 0 comments