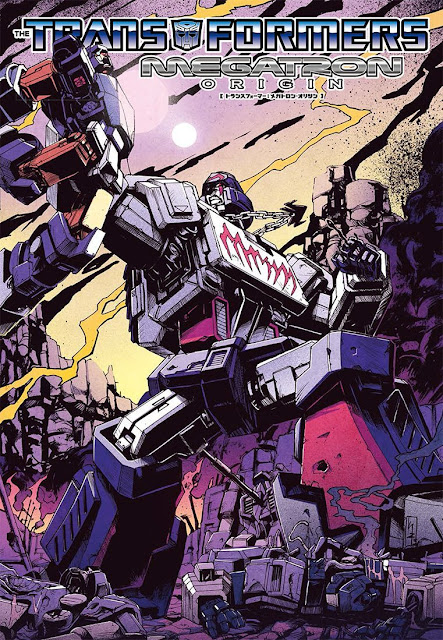 Email ThisBlogThis!Share to TwitterShare to FacebookShare to Pinterest
Labels: Christine and the Queens, Dam-Funk, music

Naughty Dog's best murder simulator yet sees series fav Ellie moving around a multi-layered environment slowly, but decisively, picking off a gang of burly fanatics who bleat on about sacrificial land. Apart from an aside from an NPC about his infinite crankiness, Murder Dad Joel is absent in this trailer. Perhaps The Last of Us Part II will follow the generational lead of the Godfather series, allowing us to steer Joel through the early passages of his career as the world's greatest bushwhacker?
Posted by Chris Ready at 08:04:00 0 comments

Email ThisBlogThis!Share to TwitterShare to FacebookShare to Pinterest
Labels: Naughty Dog, The Last of Us Part II, video games

Hideo Kojima's latest offers the opportunity to wander the kind of untouched, prehistoric landscapes seen in Prometheus or Interstellar as actor Norman Reedus (complete with accurate tattoos). Gameplay wise, Death Stranding appears to be asking players to transport contraband across various examples of science fiction topography whilst avoiding the attentions of fossil fueled ghosts. Reedus' twitchy injuries and hesitant nail surgery would seem to point to a body maintenance mechanic, similar to the one seen in Metal Gear Solid 3: Snake Eater too. I hope so anyway.
Posted by Chris Ready at 18:43:00 0 comments

After years of whispers, Capcom's over-the-shoulder remake of Resident Evil 2 finally gets a reveal. It's difficult not to be excited about a chance to re-explore Hideki Kamiya's superb sequel with the added benefit of all the oppressive, atmospheric lighting effects modern graphics engines can offer.
Posted by Chris Ready at 18:20:00 0 comments

E3 - AN EPIC ASSAULT ON THE SENSES

Sega's Yakuza spin-off Hokuto ga Gotoku bags a confirmed western release under the title Fist of the North Star: Lost Paradise. If this licensed adaptation of Buronson and Tetsuo Hara's manga is anything like the video game series it papers over, then players can expect to take control of a bemused Kenshiro as he wanders a radioactive wasteland getting into near constant random battles while pursuing wildly discursive side-quests.
Posted by Chris Ready at 17:55:00 0 comments

FromSoft's next masterpiece looks to be a subtle departure from the studio's usual creeping dread, integrating a few moves and mechanics from their stealth focused Tenchu series. As well as staggering the usual enormous, diseased bosses, this trailer for Sekiro: Shadows Die Twice also shows the player character tiptoeing across rooftops and edging around the kind of enemy groups that made Bloodborne's early passages so difficult.
Posted by Chris Ready at 08:51:00 0 comments

I don't think it's any exaggeration to talk about 2016's Doom with the same reverence you'd typically reserve for a miraculous reinvention like Street Fighter IV. Both games came out of nowhere to re-establish mouldering brands with an entry that wasn't just good, but exactly as excellent as you remember those genre-defining games being in the first place. Roll on Doom Eternal.
Posted by Chris Ready at 08:32:00 0 comments

Bethesda's attempt to get in on that sweet sweet battle royale money, Fallout 76 takes place the earliest in the series' post-apocalyptic timeline and, despite all hardscrabble appearances, appears to place a greater emphasis on (likely uneasy) co-operation than your usual open world survival game.
Posted by Chris Ready at 08:23:00 0 comments

Nero looks like grandson of a plumber Cody Rhodes while Uncle Dante has the whacked-out Dad rock swagger of New Japan era Chris Jericho. Devil May Cry 5's reveal trailer is less regressive than the title might suggest. Although Ninja Theory's underrated reboot has been input cancelled, the studio's tumbling, slow-motion influence is still all over this ad.
Posted by Chris Ready at 08:11:00 0 comments

There's something wonderful about the uncomplicated, almost childish, cruelty of a Michael Myers who staggers around with a handful of freshly plucked, show-and-tell teeth.
Posted by Chris Ready at 21:12:00 0 comments

Leave it to Tetsuya Mizuguchi to deliver a trailer for the umpteenth remake of Tetris that defies the inherent boredom of that pitch. Tetris Effect's reveal torpedoes any trace cynicism with a blurb constructed around an academic statement about the hypnotic potential of video games and their hypothetical use as consciousness expanding, interactive dreams. Wow.
Posted by Chris Ready at 07:53:00 0 comments 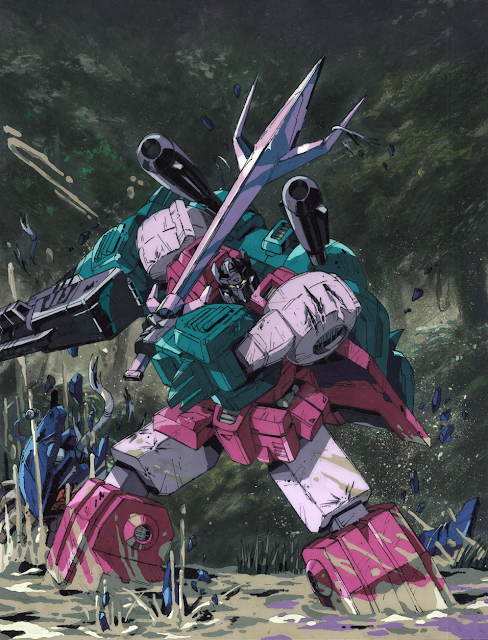 A shorter, almost supplementary experience compared to the previous instalments, The Matrix Revolutions discards the churning narrative ploys of The Matrix Reloaded to detail a war being fought on two intersecting fronts. Keanu Reeves' Neo moves in and out of the virtual world, meeting adorable refugee data and Bruce Spence's destitute jailer before parlaying with the screaming, shape-shifting, face at the centre of the machine city. While those two super beings chat it out, Zion loads its less interesting citizens into powered armour to vanquish an army of mechanical cephalopods who whoosh and swirl with the fluid grace of a 90s screen-saver.

Despite a city-shaking showdown with Hugo Weaving's powered-up Alpha Smith (complete with a rain-lashed mise en scene lifted from Lee Myung-se's Nowhere to Hide), Neo's story largely involves the messianic hacker beating a path, voluntarily, to the oblivion he avoided at the end of the first film. The Matrix proposed a clear demarcation between Neo's physical and digital identities. His human body was frail and emaciated after a lifetime bobbing around in synthetic amniotic fluids, while his data self skewed idealised. Neo imagined himself as lithe and festooned with pistols; dressed for war in a billowing trench coat and a pair of sunglasses that render his brow permanently furrowed.

Thomas Anderson's projected self resembled one of Peter Chung's Liquid Television characters; a human stick insect, ambulating around in-coming bullets fired by terminal suits. Revolutions obscures the disconnection between these sibling personas with a version of Neo that tests the boundaries between human and machine. He is a marked, actualised, saviour able to effect change both in and out of the prison code. Neo as an errant bug who has defied repeated attempts to neutralise then organise the threat he presents. His anchor is Carrie-Anne Moss' Trinity. It is her singular, burning, love that has conferred clarity on Neo, allowing his fragile meat body to cast the mighty will he wields in The Matrix onto the higher, physical, reality the couple currently inhabit.

The backstory frothing at the edges of The Matrix suggested a war between mankind and its automated offspring in the binary terms of good and evil. The machine presence in mankind's digital shroud was one of choking, systemic, violence. Our human freedom fighters responded accordingly, hosing down bewildered rent-a-cops with German sub-machine guns lest they twist and transform into something more capable. At the close of The Matrix, Neo was an all-powerful fist poised to strike. By Revolutions this instrument of revelation has cooled into a bridge between the two warring factions; a mutation that combines qualities from each of Earth's tribes into a walking catalyst, driving itself towards detonation. Rather than eradicate, it turns out Neo's purpose was to unify.
Posted by Chris Ready at 16:55:00 0 comments

Email ThisBlogThis!Share to TwitterShare to FacebookShare to Pinterest
Labels: Films, The Matrix, The Matrix Revolutions, The Wachowskis

Despite the actor-director's enduring popularity, Jackie Chan's back catalogue is pretty poorly served on Blu-Ray. Viewers in search of true high-definition transfers of Chan's output (rather than the messy upscales Fortune Star are peddling in China and Germany) have had to look to English unfriendly Japanese imports or bootlegged fan projects. Thankfully, times are changing. Following on from their excellent issue of Drunken Master, UK home video distributors Eureka are set to deliver a 4K sourced BD box set of 20XX favs Police Story and Police Story Part II.
Posted by Chris Ready at 19:41:00 0 comments