Megatron vs Galvatron by Geoff Senior and Josh Burcham 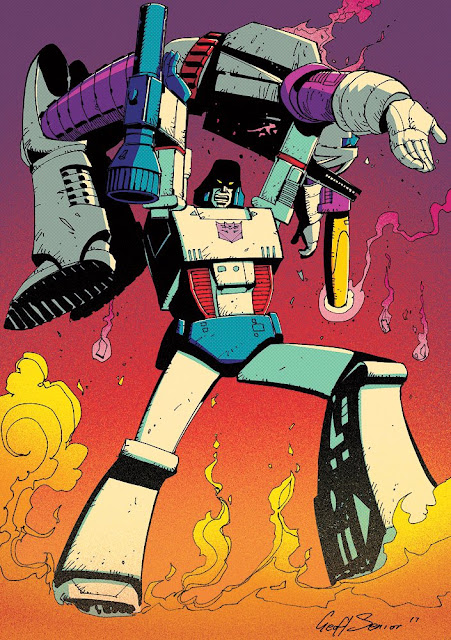 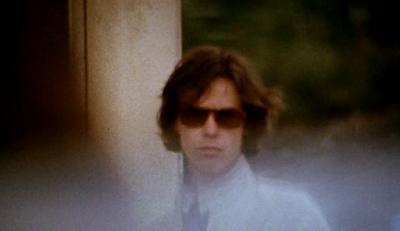 George Romero's pointedly unromantic take on the vampire myth drops any semblance of Eurotrash sophistication to recast the central bloodsucker as a prowling, sweaty home invader. John Amplas' Martin, who's either a directionless youth emblematic of inner-city rot or a hundred year old creature, resists being completely deciphered. His crimes are cowardly and opportunistic, often involving people that have either been kind to him or those who are simply down on their luck. His motives are selfish, hinging on supernatural details that the film, wisely, chooses not to clarify.

The rush of full-blooded sexual excitement usually associated with the amorous undead is replaced by clinical encounters in which Martin dopes and abuses his victims. Romero (who writes, directs and edits) uses an early encounter on a train to establish Martin as both dangerous and repulsive. After attacking a woman in her carriage room with a syringe full of tranquilizers, he lulls her to sleep with soothing baby talk before staging her suicide, drinking and bathing in the gushing blood. Despite the sudden and alarming violence done to the woman's wrist, it's Martin's lies that linger.

Most screen monsters, especially in their moment of victory, would allow delight to creep into their demeanor, to gloat over their prey. Romero and Amplas never permit their creation that kind of power. Martin is always pathetic, pleading even. He isn't strong enough to overwhelm, nor alluring enough to seduce. He sedates and supplicates, a methodology that slowly seeps out into the film itself. Scattered throughout are brief black and white interludes depicting Martin drifting around billowing, Hammer Horror situations. These clips are layered into the film at crucial moments, representing either memories that clash with Martin's current, depressing reality or juvenile justification dreamt up to protect the killer's fragile sense of identity.
Posted by Chris Ready at 23:36:00 0 comments

A short extract from an Ultra Street Fighter II: The Final Challengers tournament that shows off, among other things, how utterly broken the new Violent Ken character is.
Posted by Chris Ready at 23:27:00 0 comments

Kid Koala - Was He Slow? 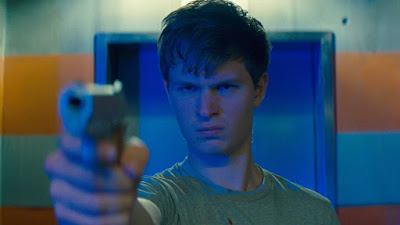 Ansel Elgort's Baby isn't your typical wheelman. He isn't an intense spectral presence waiting to be prodded, he's gangly and animated, an observer, locked into his own headspace by a cocktail of tinnitus, crate-diver playlists and some truly terrifying associates. The titular Baby Driver copes with this stimulation overload by obsessively recording and cataloging his interactions, then retreating to his apartment to transform them into chopped up musical loops.

Baby doesn't allow information to stream in at him, he blocks out as much as he can, pruning and refining whatever penetrates until he has his own product at the end of it - be that the terse half-sentences he uses to communicate or the hundreds of C-90 audio cassettes he consigns to an unwieldy briefcase. It's a small detail in the overall film but Baby's analog audio suite, rescued from flea markets by Edgar Wright's pal Kid Koala, reads like a physical manifestation of the writer-director's magpie process.

Baby Driver is built out of Wright's earworms, the shots and movements that have lodged in his brain and refused to budge. Wright's film chews up and recontextualises the bits and pieces of film history that the director has clung to, be that the freewheeling buzz of The Blues Brothers or the unkillable enemy of The Terminator. Given Wright's big screen fluency, Baby Driver has a lot of material for editors Paul Machliss and Jonathan Amos to cleave through. The duo assemble the film on pronounced, insistent beats, using music and diegetic sound to layer and dictate pace even outside the action. This energetic, often chaotic, approach to film form peaks with a warehouse shoot-out that uses automatic gunfire to transform a geographical mundane sequence into a ferocious series of jolts.
Posted by Chris Ready at 00:07:00 0 comments 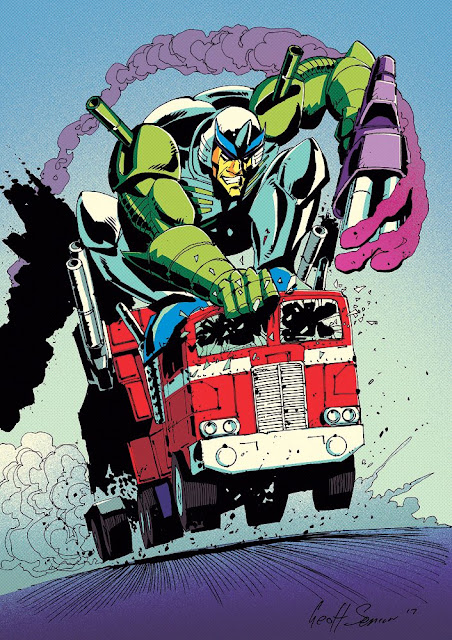 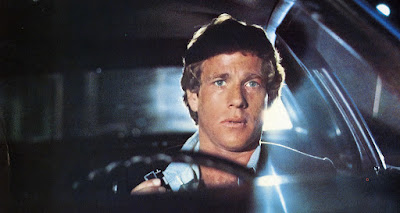 Sometime in the early 1970s jobbing Hollywood screenwriter Walter Hill put the word out that he was a big fan of director John Boorman and the film Point Blank in particular. This effusiveness was rewarded with a copy of Alexander Jacobs' mythical (in writing circles) screenplay. Hill has described the reading experience as revelatory. Jacobs didn't waste a word, rattling out scene directions as bursts of pure information; haiku compared to the flowering prose of his contemporaries.

Jacobs rejected standard screenwriting assembly, doling out detail in a manner that hewed closer to bullet points or pure, impartial data. Hill was impressed. Jacobs had created a document that wasn't simply an anonymous filmmaking blueprint. The writer clearly had a voice, a sensibility that demanded his work be read as a complimentary piece of art rather than a disposable outline. Hill resolved to bring the same terse, vital readability to his own work. The Driver stands as the purest example of those labours.

As filmed, Point Blank follows a spectral criminal fixated on the former allies who acted against him. The film presents its lead character as an emotion writ large, pushing closer and closer to the people who turned him into an undying engine. Hill goes a step further, boiling his characters down to even simpler motivations - their job and an attendant will to succeed. Ryan O'Neal isn't playing a heroic archetype struggling manfully against impossible odds, he is simply The Driver. His character defined by an unshakable belief in his own abilities rather than any romantic, interior ambitions.

Although Driver takes payment for his services there is no evidence that he does anything with the cash. His apartment is barren, the cars he uses are procured on-site and trashed immediately after they have served their function. Driver pointedly doesn't care about the money he accumulates, it's just part of a necessary transaction that brings him closer to an opportunity to excel. His opponent, Bruce Dern's rabid Detective, is similarly bloody-minded, willing to break the law in the hope of trapping his quarry. Their conflict exists in the abstract, rules and regulations are irrelevant to both of them, they are simply two experts testing their limits by colliding with each other.
Posted by Chris Ready at 00:07:00 0 comments 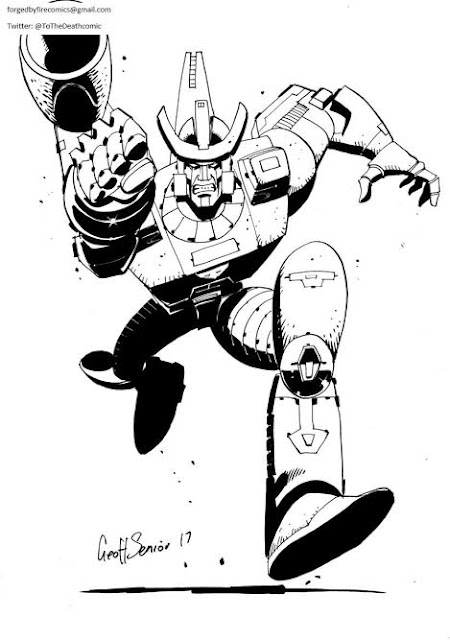