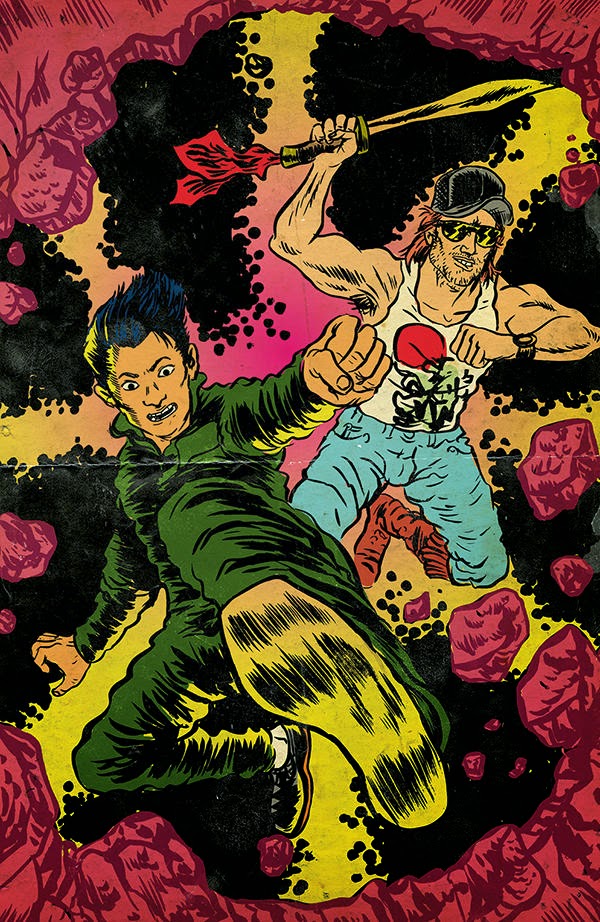 An action sequence from Transformers: Victory, staged like a side-scrolling shooting game. This two minute sequence encapsulates everything fun about 80s mecha anime. The limited TV animation doesn't hold the excitement back, it enriches and informs it. Instead of complicated movement strings we get unusual angles and tense framing. Seeing the combined Victory Saber ship repeatedly smashing through identical bulkheads doesn't get dull, the loop is too quick.

We also get time to hold on two gigantic heavenly bodies hurtling towards each other, slow motion stretching the moment of impact out for maximum effect. The sound design is wonderful too. When the two machines eventually collide the impact is shrunk down to a tiny detail, noted with the crackling sound of giallo glass shattering. After a brief pause, the destruction blossoms - bizarre vacuumed whines and crunchy, debris field explosions combining to stress the otherness of intergalactic robots tearing each other apart in space.
Posted by Chris Ready at 21:11:00 0 comments

The Shredder by Dave Rapoza 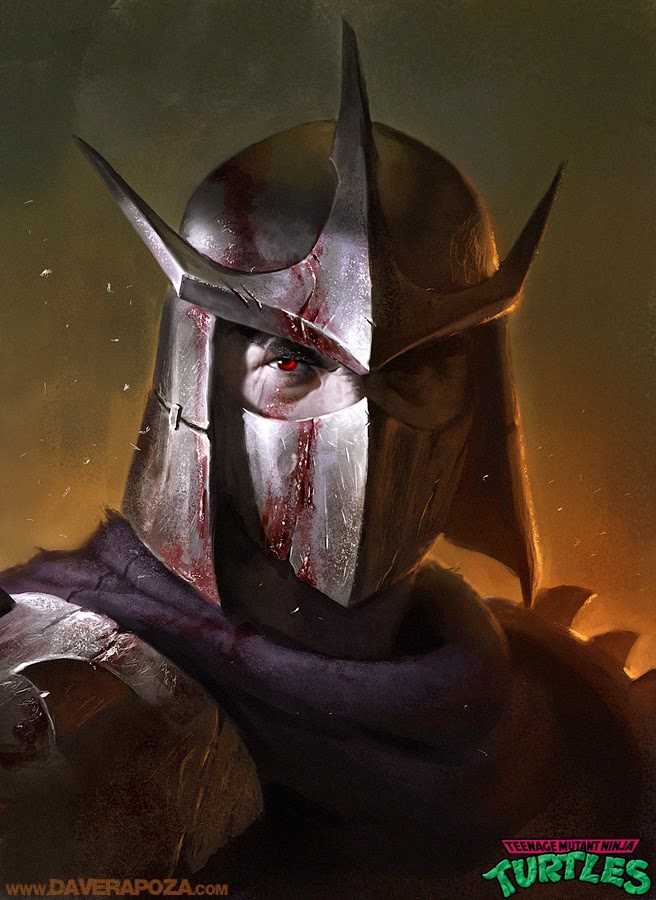 Capcom have always been a bit rigid when it comes to their Street Fighters. Move sets are written in stone and only ever lightly embellished for super attacks. Guile, for instance, hasn't evolved much beyond his basic sonic boom / flash kick arsenal.

Not everybody takes this approach with fighting games. SNK remixed their King of Fighters characters year on year, dumping traditional ground and air specials to keep their characters fresh and bizarre.

Capcom are finally following SNK's example with their free Omega DLC for Ultra Street Fighter IV. Ken's throwing fireballs with his kicks, Dhalsim has zero recovery time and Guile's got a command kick combination. The animations are a little rougher too, lending everything an impressionistic, bootleg ROM feel.
Posted by Chris Ready at 17:25:00 0 comments

From Software's latest abandons the dark ages for the stained glass and wrought iron work of Antoni Gaudi's Barcelona. It could just be this trailer's quick-cut histrionics amping up the gameplay, but Bloodborne is giving me a serious Devil May Cry vibe. Like 2001's horror movie mauler we've got massive enemies, dodge roll combat, and environmental architecture that looks like a crumbling historical site.
Posted by Chris Ready at 16:57:00 0 comments 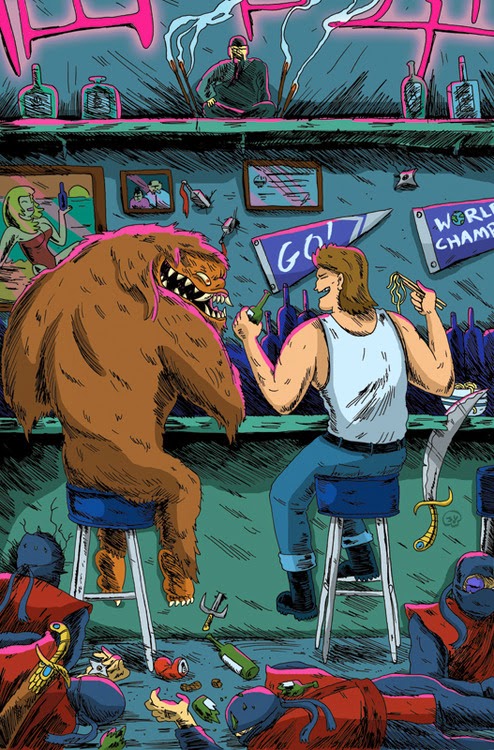 Symmetry - Themes For An Imaginary Film 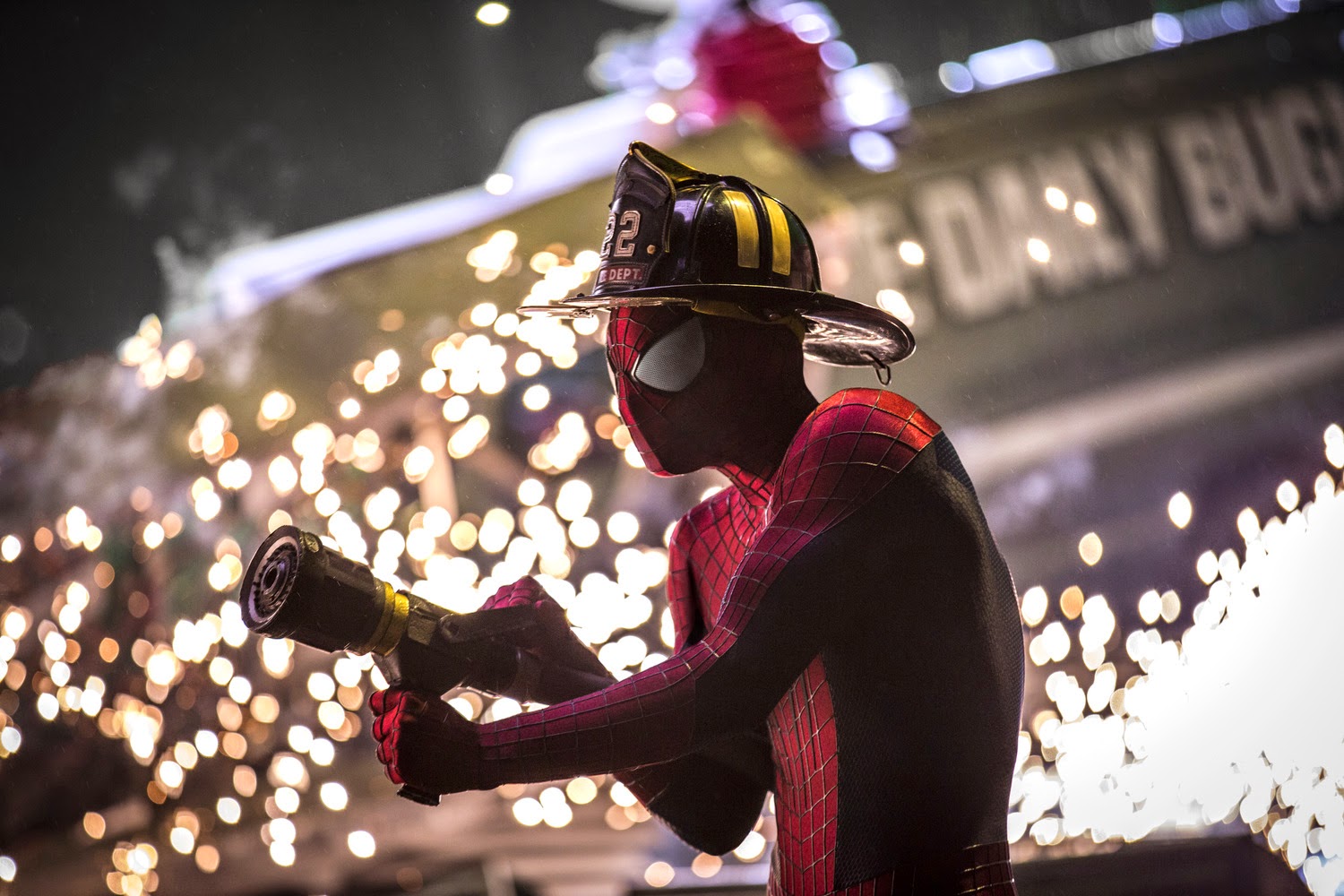 The Amazing Spider-Man 2's defining images are of a beanpole teen stretching and twisting in impossible directions and loving every second of it. Spider-Man isn't your rote movie superhero. He hasn't been hardened by an ill-defined training, nor does he possess the body of a Mr Olympia contestant. Most importantly, he wears a mask. Not some pathetic little domino affectation, but a full-on identity cancelling disguise. Peter Parker's super-form stresses an androgynous, everyman secrecy. Characters in Amazing Spidey 2 talk around the hero incessantly, abstracting him and his drives. They don't define him as a supernatural vigilante or an all-powerful justice God, instead he's an avatar for a deep-seated sense of human decency. You know, like Christopher Reeve's Superman.

The DC cycle has blown its heroes up to absurd, Wagnerian proportions in an attempt to capture the magic of 1980s Frank Miller comics. Their lack of levity can make them register as po-faced and exhausting. Marvel themselves have boiled their superheroes down into a basic action narrative that reeks of repetition. Against this landscape even a mumbling, compromised thing like Amazing Spider-Man 2 can look and feel exciting. Sony's relentless mission to thread in as many sequel embeds as humanly possible makes the film play like mid-season oomph for a dubbed and chopped kid's cartoon. I've read a few reviews that compare the film to Mighty Morphin Power Rangers, as if to invite scorn. It's a pretty on-the-money note, and one that speaks to the ideas that keep the film feeling relatively fresh.

Firstly, the villains aren't apocalyptic monsters, they're slighted nerds dabbling with powers that allow them to push people around. Crucially, these new abilities are milked for maximum pop impact rather than danger. Electro may be rendered as an invincible, incorporeal djinn, but his presence in a Kamen Rider narrative means his Dr Manhattan powers are nothing compared to a well aimed punch. Spider-Man himself is exclusively presented as a cocksure rock star with energy to spare. He's a skinny Tokusatsu entertainer that's on buddy terms with the local emergency services. This isn't a grim-dark attempt to graft Christopher Nolan ideas onto a bright, friendly character. It's Nicholas Hammond TV movies with a billion dollar budget. This Spidey 2 plays like Richard Lester and the Salkinds were allowed to hold the wheel, churning out cheery irreverence for people who would rather see Superman twisting people's heads off.

Granted, The Amazing Spider-Man 2 makes very little sense. Central relationships are lost in the noise and a key conspiracy hinges on Parker Snr making a sacrifice that not only doesn't ensure his child's safety but actively - aggressively - accelerates the danger surrounding his son, Peter. What it does have though is a centrepiece, computer generated tech demo that has apportioned time, money, and effort towards rendering baggy lumps into the Spider-Man suit. Sony's war chest has been hijacked, the Japanese conglomerate burning disaster relief money to simulate the pure unadulterated joy of seeing two men in shapeless spandex trading blows in a gravel pit.
Posted by Chris Ready at 21:25:00 0 comments 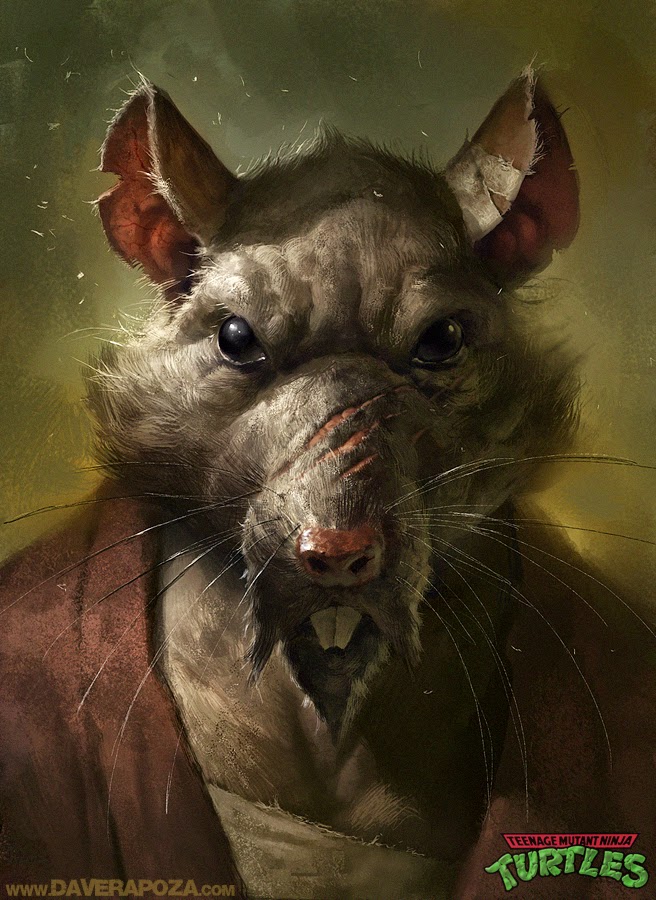 Hamster Corporation is taking a different archaeological tact. The company is licensing ancient arcade games like Rygar and Renegade, then putting them out in a no-frills shell on PS4 for ¥823 (about £5). Trophies range from brain dead bronzes - access the Options menu - to a couple of reasonably challenging golds tied into posting high scores.

For a title like Renegade getting to the top of the table is gonna take an hour or two of learning how your attack windows work and what you can do to exploit them. It feels like a worthwhile time investment, you get to engage with the game on a deeper, systemic level and, if you care, your gamer card just ticked up a few numbers.

Hamster has about eight titles available at the moment with more, including Double Dragon, on the way. Aside from the games mentioned, Ninja-Kid is fun. It's a cutesy screen-clearer with a peculiar jump system based on forward momentum. Considering the steady stream of releases, I presume the Arcade Archives series is turning a profit. Hamster's games are even starting to make the jump to the US store, although the prices have stayed a little excessive.

Capcom has tried churning out their older coin-ops like this before, last gen it was Capcom Arcade Cabinet, but the packaging has never been particularly attractive. The bulk of the games are early 80s efforts that have been released and re-released over and over. It's clear Capcom covet their late 80s / early 90s era games and expect them to stand on their own, in an individual package that never materialises. Thus Capcom's re-release schedule remains dull. Where's Strider or Captain Commando?

Capcom also need to learn the value of an easy achievement list. Every single title they release has a trophy set that reads like a part-time job application. An arcade game re-release should attempt to capture the same kind of bright, colourful, instant gratification as the coin-ops they're emulating.

Whether consciously or not, trophy lists set an objective. If the climb looks too long versus the points or rewards you can expect to accrue, the people who care about these things will immediately lose interest. I can't have been the only person who looked at the Darkstalkers Resurrection list and decided to skip it. I wanted to dabble with a game I used to play on the Saturn, not embark on a 2D fighter doctorate.

Given the huge success of the PS4 it's baffling that Capcom hasn't got anything ready to go. I've been expecting an announcement about Ultra Street Fighter IV or a port of the brushed up PC release of DmC: Devil May Cry or even Dragon's Dogma, but they've never materialised. Capcom made inroads last-gen with an early, opportunist release of Street Fighter II' Turbo on Xbox 360 (indeed that's what prompted the revival of the Street Fighter brand). Why aren't they attempting to repeat this trick? Individual arcade releases, attractively priced and following Hamster's hardcore hooking trophy model could be the zero-effort money-spinner Capcom is looking for.
Posted by Chris Ready at 12:15:00 0 comments 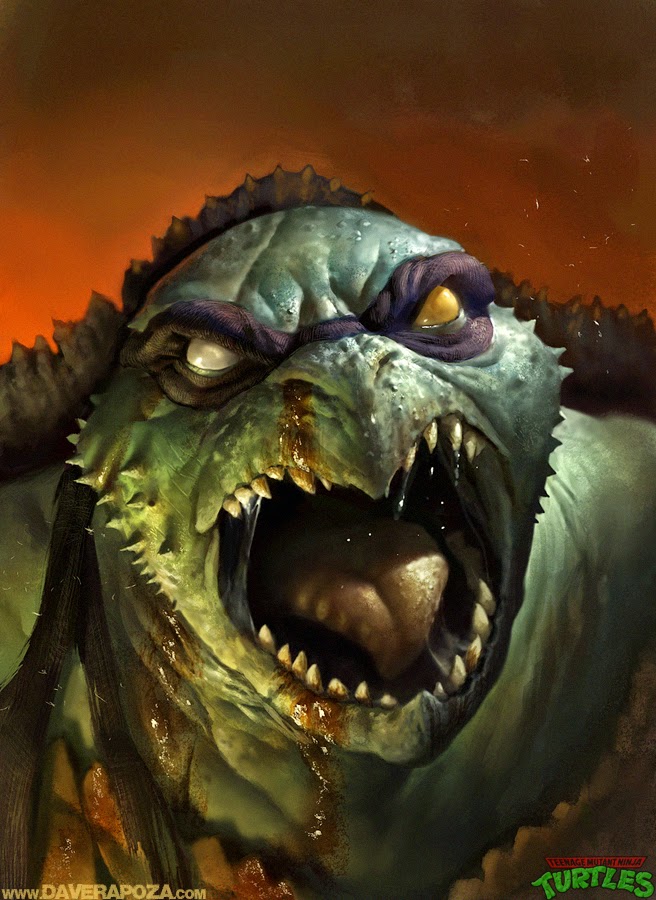 Death From Above 1979 - Government Trash

Mitch Murder - In The News 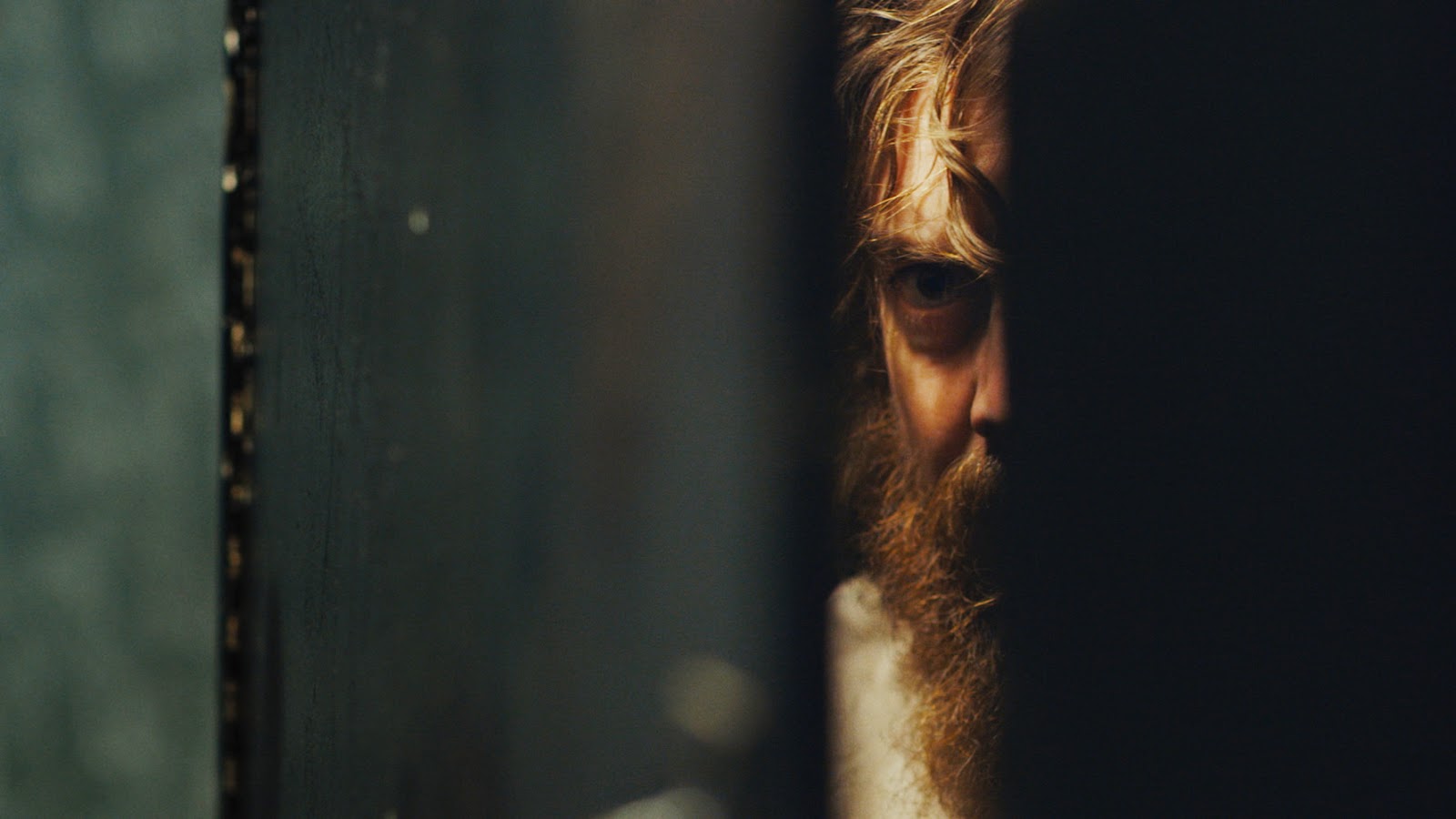 Macon Blair's Dwight is the least mechanical avenger in recent memory. Blue Ruin impresses by laying a solid foundation of scenes in which Dwight fails to be The Terminator. Dwight has the same concise thoughts, but he keeps pushing up against reality. In Dwight's world lifted guns aren't plot expedients, they're useless lumps imprisoned in unbreakable clasps. Attempts at self-surgery are, despite gathering all the usual merchandise, complete fiascos.

Blue Ruin is revenge as a series of gauche punchlines. Dwight isn't hard. He hasn't been built to crush. He's a cuddly bushwhacker that builds forts out of dining chairs and trembles in the shadows. Writer-director Jeremy Saulnier doesn't even give him a memorable outfit. He starts in beach rags and ends dressed like an office dork at a party thrown by his boss. Most telling of all are Blair's eyes - they're brown and bovine; bulbous bug eyes set in a face quivering with worry. There's no confidence in him or his ability to accomplish, at critical moments he fumbles or hesitates. Everything about Dwight seems designed to induce anxiety.
Posted by Chris Ready at 21:09:00 0 comments 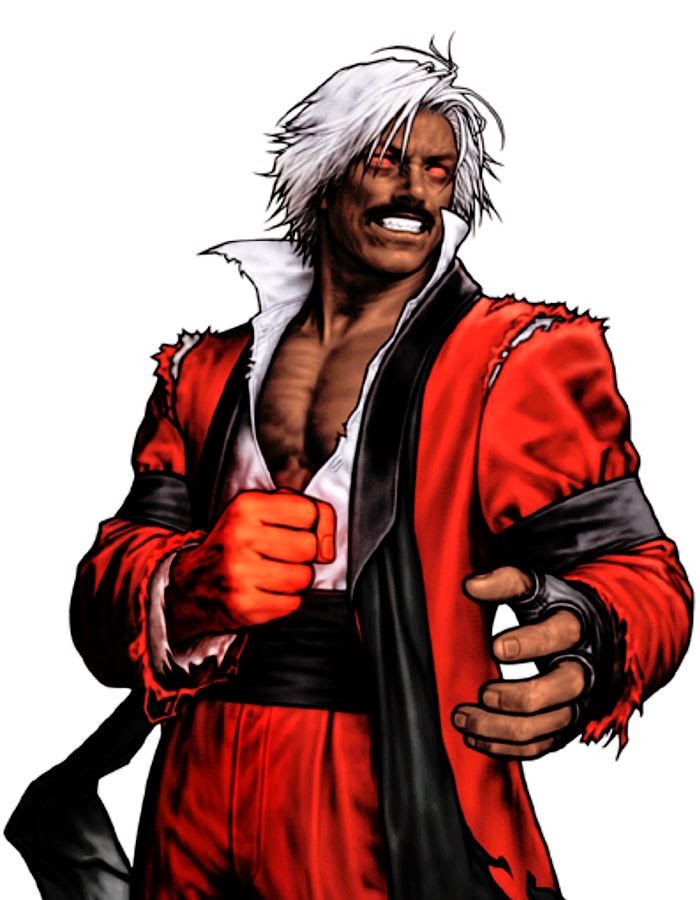 Geoff Barrow and Ben Salisbury - Inhale (from Drokk: Music Inspired by Mega-City One) 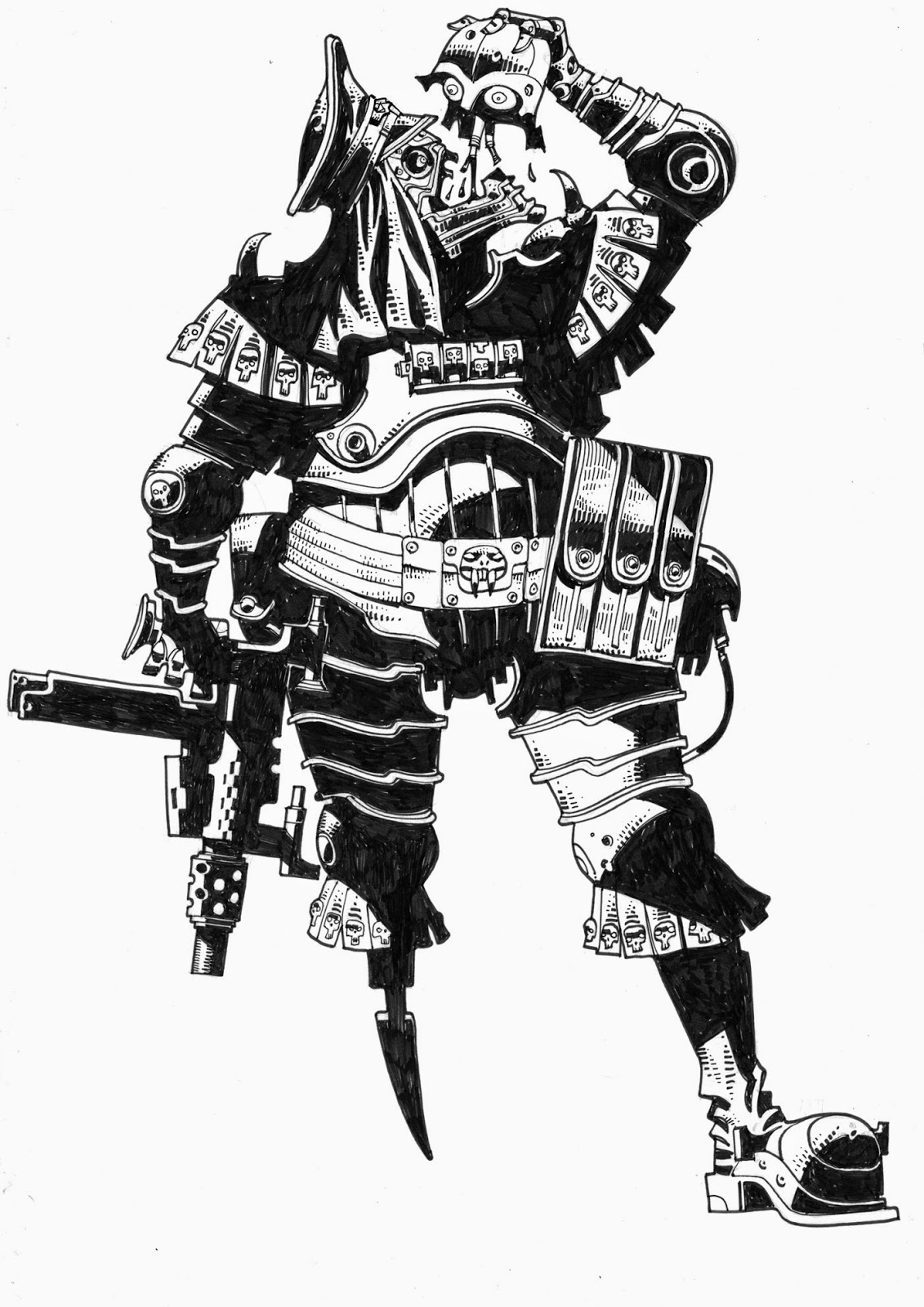