Woe unto 360! Obviously the likes of Sony Cats Toro and Kuro were never expected to make the leap to Microsoft's console, likewise bald electrician Cole MacGrath from Sony's Infamous, but this announcement that super secret characters Pac-Man and an 80s Capcom USA draft of Mega-Man are Sony console exclusive is a massive disappointment for Xbox fans. Massive! Surely an over-sized beefer armed with wobbly gut physics and a Halo style laser pistol is a perfect match for Microsoft's typical clientele? Yuck yuck. I can say that because I'm one of them.
Posted by Chris Ready at 23:12:00 0 comments

Shinichiro Watanabe and Yoko Kanno back together at last! The Cowboy Bebop duo are reteaming to adapt Yuki Kodama's award-winning manga Sakamichi no Apollon, a sixties set school drama about alienated teens and the power of jazz. I've watched this thirty-second tease about a billion times now - that short clip of the twiggy drumsticks going to work is the most exciting piece of animation I've seen in a good while. Watanabe's patented mix of agitated hyperkinetics and despondent navel-gazing look set to kill this.
Posted by Chris Ready at 20:08:00 0 comments

Escape from The Planet of the Apes by Rich Kelly 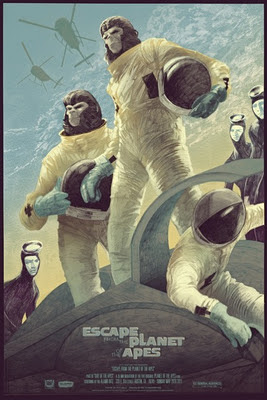 io9 scooped this exclusive look at Rich Kelly's Alamo Drafthouse sponsored pass at a one-sheet for Escape from The Planet of the Apes. Frogmen and Ape Astronauts, what more could you want?
Posted by Chris Ready at 23:53:00 0 comments

Email ThisBlogThis!Share to TwitterShare to FacebookShare to Pinterest
Labels: Escape from The Planet of the Apes, Films, planet of the apes, Poster, Rich Kelly 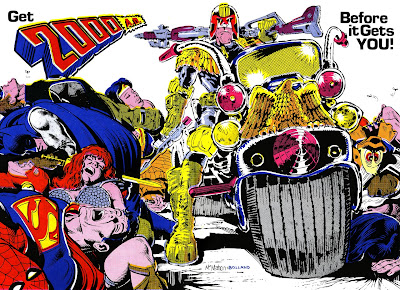 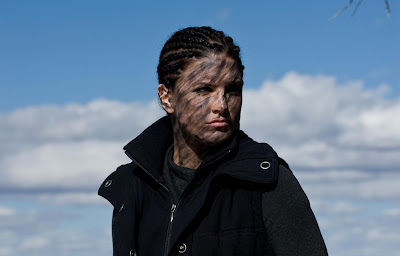 Gina Carano fights ugly in Haywire. She isn't throwing out straight-legged exhibition kicks designed to push-back, she's curving her limb to hook, wrangling enemies from inconvenient space, to other more advantageous positions. Mass centre shifted, Carano can beat them prone and break their arms. Everything is grist for Carano's traction action. Walls are springboards to unbalance her typically lithe male foes; splintering furniture an improv shrapnel to sting them up. Steven Soderbergh dispenses with the frenetic hyper-kinetics now associated with these methodical secret agent flicks, his fight staging is impassive, dispassionately tracking Carano from one mangle to the next. There are opponents, and they will break. During downtime, Carano's scowling reticence recalls Sean Connery's attention grabbing in the early 007s - that imperious way with the camera, demanding constant attention even when doing very little except standing around looking handsome.
Posted by Chris Ready at 15:02:00 0 comments

Out of nowhere, we get a trailer for Resident Evil 6. Looks like we can expect several micro-campaigns staffed with leads drafted from previous entries, like a Best of Biohazard compilation album. Leon gets lumbered with creeping mountain town horror, facing legions of shuffling zombies; Chris zip-lines into a muscly action narrative, dash-sliding into cover, and firing around fleeing civilians; whilst Resident Evil 4's escortee, Ashley Graham, gets to leap across rooftops with a mysterious baldy. Most surprising of all is a release date that rather bravely puts 6 head-to-head with the next Call of Duty.
Posted by Chris Ready at 22:28:00 0 comments

If my maths are correct, this will be the 1001st post on Disaster Year: 20XX. A big thanks to all noted patrons and readers! Here's to a thousand more. Hopefully, one day, I'll write something else as popular with Google smut searchers as my Caligula review.
Posted by Chris Ready at 22:01:00 0 comments 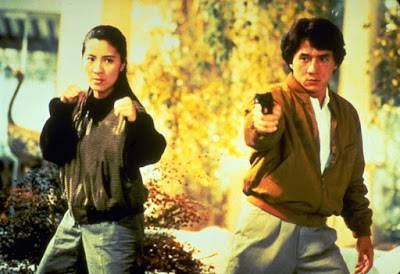 The great tragedy of Police Story 3: Super Cop is that Michelle Yeoh and Jackie Chan didn't make five more films just like it. The duo compliment each other perfectly; Yeoh's balletic wushu angles provide a graceful, feminine contrast to Jackie Chan's bruised forearm brawling. Yeoh also matches Chan for pure, suicidal craziness. The third act sees her clawing desperately to stay attached to a speeding mini-van, then jumping a motorcycles onto a speeding train. It's equality in lunacy. Although the pair's relationship is purely platonic, there is a courtship at work in Super Cop. Cosmetically focused on two exceptional public servants smashing a Golden Triangle drug ring, Super Cop seems to be as much about the then impending handover of Hong Kong, from the UK to China, with Jackie Chan as an anthropomorphic manifestation of the idiosyncratic island.

Loaned out to the Chinese by windy, idle British civil servants, Chan is escorted around the training centres where China's youth is moulded into a muscled collective. Similarities are stressed through ability and ideological concerns - heroin is bad, essentially. Before becoming Chan's physical equal, Yeoh is positioned as the public face of the Chinese regime. Professional, modern and, crucially, female, Yeoh is China as a personable, forward-thinking nation. A glut of mainland location shooting stresses vast, untamed expanses in stark contrast to the suffocating urban sprawl of the Hong Kong set Police Story films. Super Cop is especially notable because it takes a wildly individualistic performer like Jackie Chan, and matches him with another just like him. The couple don't clash, their affiliation isn't complicated by sexuality or romance, instead they work together harmoniously for the greater good. Super Cop is a brochure, teasing an idealised, synchronised relationship between Hong Kong and China.
Posted by Chris Ready at 15:21:00 0 comments

Rise of the Planet of the Apes 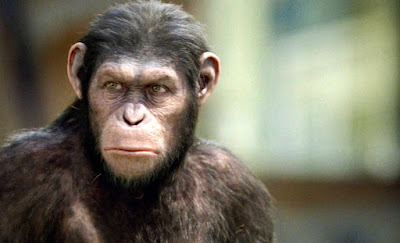 Caught somewhere between a rethink of Black Panther fav Conquest of the Planet of the Apes and a blank slate junction for further simian sequels, Rise of the Planet of the Apes charts the captivity of wunderkind chimp, Caesar. Born to the star test subject of a glossy neuroscience conglomerate that specialises in pumping violence gas into higher primates, Caesar narrowly escapes a post-riot cull, becoming the surrogate infant in a household dealing with Alzheimer's. Although a human cast circles the edges, they never amount to anything more than gears and cogs. Who cares about soppy vets or greedy business buddies when you've got the King of the Apes spoiling for a scrap?

Andy Serkis's performance as Caesar is beguiling. Ostensibly mute, Serkis and Weta Digital communicate the chimp's ideas and mental state through expression; beginning as a fluid mix of movement and wide-eyed mooning, eventually developing into a regal frowner with a fixed, biped, posture. Caesar incessantly registers as intelligent, equally capable of mercy and malice. This is Rise's coup, it's Caesar's story. He is the centre. With Caesar estranged from his human family, the film's focus narrows to a mime acted prison break, with Caesar demolishing his rivals then conceptualising visual metaphors for collective action. He is the hero - Spartacus in a zoo - and you root for his victory. You want him to pulverise all the boring humans.
Posted by Chris Ready at 14:23:00 0 comments

Email ThisBlogThis!Share to TwitterShare to FacebookShare to Pinterest
Labels: Andy Serkis, Films, planet of the apes, Rise of the Planet of the Apes, Rupert Wyatt 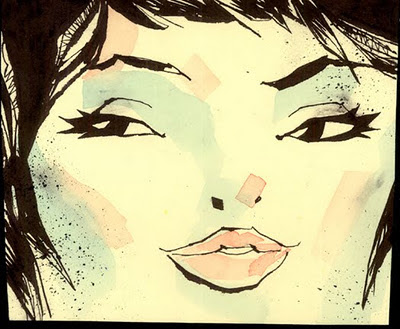 It's terrible year of the future 2012! What better way is there to ring in the apocalypse than a micro-clip of three obscure Transformers knocking hell out of each other? None, that's how many. All the best for 2012 readers!
Posted by Chris Ready at 13:28:00 0 comments