REVENGE OF THE JEDI

Email ThisBlogThis!Share to TwitterShare to FacebookShare to Pinterest
Labels: Films, Return of the Jedi, star wars

ROBOCOP VERSUS THE TERMINATOR

My major issue with Michael Bay films beyond The Rock is the director's obsession with comedic incompetence. Perhaps aware that his script sinew is deathly dull, Bay constructs films out of obscure, vulgar asides that reek of a harassed, impatient improv. There's an idea that Bay traps his actors in dreary scenes and forces them to act larger and larger in pursuit of maximum profanity. It's black comedy without the safety net of understanding; odiousness served up at face value.

So why can't I wait for Pain & Gain? Well, at least this time the nasty looks planned. Once you step away from heroic narratives and explicitly move into comedy, or tragedy, it begins to matter less that the main characters are moral paradigms. In the Transformers films it's important that Sam Witwicky is an insufferable little prick, his success is diluted by it. Frankly, Id' prefer it if he didn't win - I'd much rather see Megatron smear him across a fucking building, because that's a character I'm invested in and like. So what if the Decepticon leader is trying to crush humanity beneath his heel? At least he's put the work in. Anyway, I digress. Marky Mark is quite obvious playing another oblivious, Bayian twat, but the film is apparently constructed so that it's a given that he's a buffoon. Fine. Horrible morons doing dumb shit and getting punished / succeeding works as long as we're given some wriggle room to arrive at the idea of liking them, something Shia LeBeouf's awful, choking performances never allowed.
Posted by Chris Ready at 22:34:00 0 comments

Email ThisBlogThis!Share to TwitterShare to FacebookShare to Pinterest
Labels: Films, michael bay, Pain and Gain, transformers, Transformers: Dark of the Moon, Transformers: Revenge of the Fallen

Metal Gear Solid games are always fun and maddening to speculate about. Fun since Hideo Kojima never lacks for imagination, maddening thanks to series continuity being slippery at best. In this tease for Metal Gear Solid V: The Phantom Pain it seems like we're seeing an older, late 1970s Big Boss taking hits fending off an imperfect clone and slipping into a coma, only to be rescued by Psycho Mantis and Revolver Ocelot of Metal Gear Solid's FOXHOUND unit.

It's interesting as well that in what appears to be a post-coma, pre-rescue sequence Big Boss has injuries similar to those he picks up during the original MSX Metal Gear game. Set in the mid 1990s, Metal Gear sees the player cast as Big Boss's clone son Solid Snake, out to thwart his father's apocalypse attempts. Given that mainstay Snake voice actor David Hayter has apparently been dropped in favour of Kiefer Sutherland for this instalment, it got me thinking that Solid Snake might pop up a minor, perhaps adversarial role? No such luck if Hayter's twitter feed is anything to go by - he denies even being approached to lend his gruff talents to this game.
Posted by Chris Ready at 21:39:00 0 comments

WHAT IS A MAN? 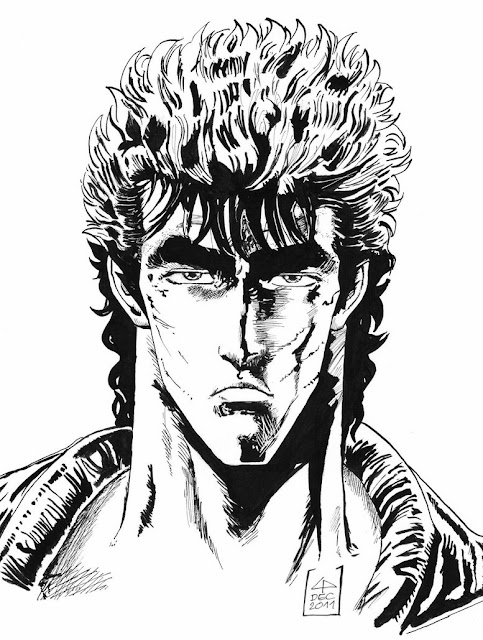 Email ThisBlogThis!Share to TwitterShare to FacebookShare to Pinterest
Labels: Fist of the North Star, Legribouilleur 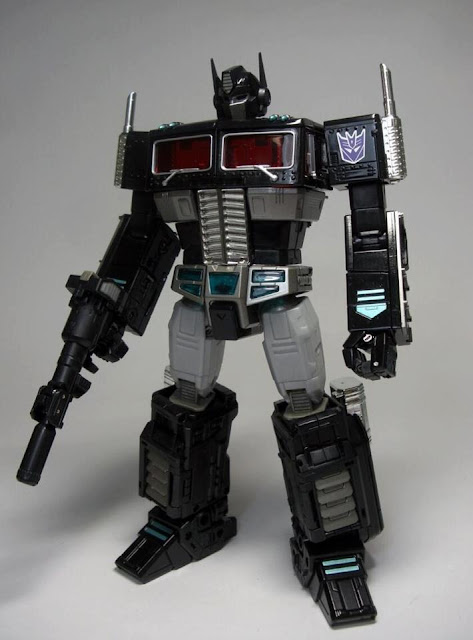 The Bat Man by Roxie Vizcarra 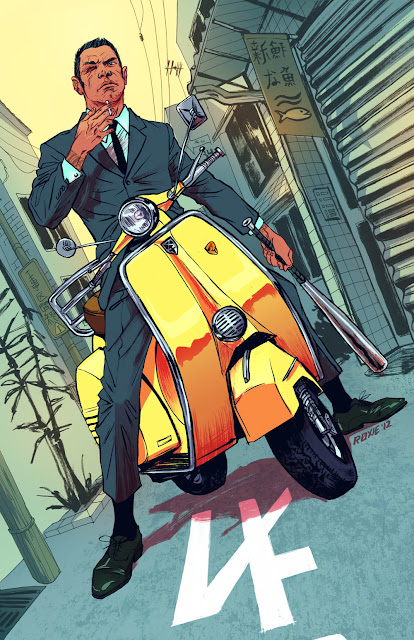 We're getting a real run on old licensed games lately. Capcom is muscling in on the trend with a do over of a NES DuckTales game, and a compilation of their Dungeons & Dragons side-scrolling beat 'em ups. As well as these titles, Sega's Mickey Mouse platformer Castle of Illusion has been popping up on various video game ratings boards. Hopefully this means the kind of boring legal issues that have kept us from playing upscaled versions of games like Capcom's fantastic Cadillacs and Dinosaurs are being resolved. Why sit on a ready made game that could be out there earning you nostalgia money?
Posted by Chris Ready at 21:39:00 3 comments

Although the campaign did nothing for me, I did have some fun with Resident Evil 6's Mercenaries Mode. The dodging, leaping special moves Capcom weaved into the disappointing sequel worked well in the context of that survival mode's open plan gameplay. This tie-in for the PC crowd ups the ante, not just by sprinkling in characters from Valve's fantastic Left 4 Dead series, but also by upping the crowd count considerably. It's a tactic that has paid dividends for Capcom before, the PC issue of Devil May Cry 4 boasted a bonus difficulty level that flooded the screen with basic mobs. Add in a less claustrophobic FOV and a sterner frame rate and you've got a hype clip that makes me want to play a game I know I don't like.
Posted by Chris Ready at 21:23:00 0 comments 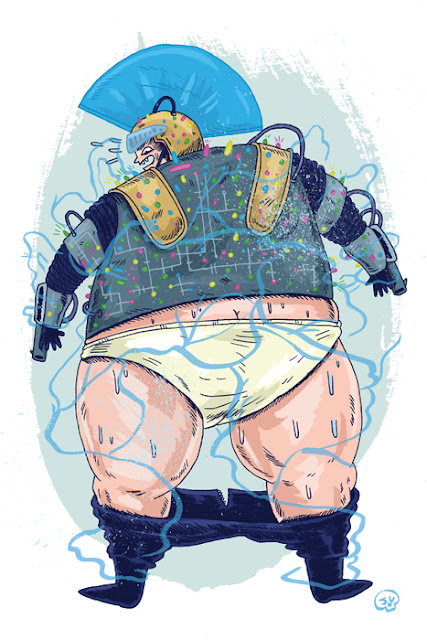 Currently being passed off as a leaked track from Daft Punk's new album.
Posted by Chris Ready at 21:03:00 0 comments

Daft Punk - Something About Us 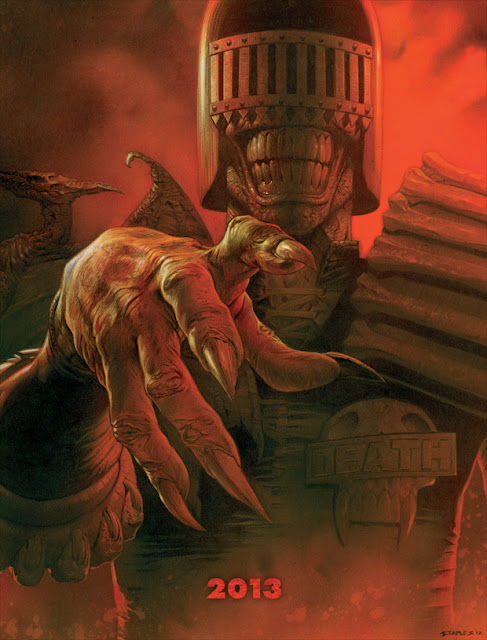 Peter Gabriel and Kate Bush - Don't Give Up 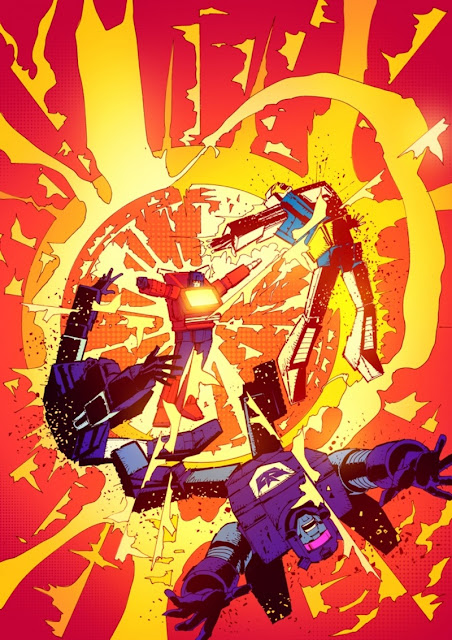 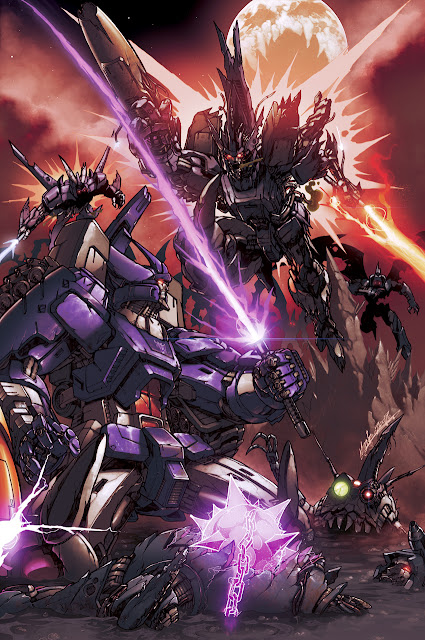 Black Ops II: GET THAT SON OF A BITCH OUT OF MY SIGHT

Oh my gosh! It's TheSandyRavage struggling manfully with Call of Duty: Black Ops II's endemic lag and frankly dreadful community. Doing good? You trollin' bro! Makes you wonder if there are algorithms in place to penalise the player when they're doing well?

Tinfoil hat time! It's generally accepted that the lag system rules against players with abnormally good internet connections, and certain killstreaks do tend to gravitate towards those with higher than usual scores per minute. Is it a massive leap to consider a system that raises and drops player advantage depending on their success? It certainly makes a theoretical sense from a economic point of view. If all customers are created equal, why draw attention to their lack of talent and potentially drive them away from the lucrative DLC packages you intend to sell throughout the year? Either way, consistency is a distant shore in Black Ops II.
Posted by Chris Ready at 23:57:00 0 comments

TIME WILL DIGNIFY ANYTHING

Trailer for Zak Knutson and Joey Figueroa's upcoming documentary Milius. In his autobiography, Arnold Schwarzenegger reveals a deep affection for his Conan the Barbarian director. Boringly short on Hollywood gossip, Schwarzenegger's book is primarily concerned with his own self-actualisation, general boasting, and the path that lead him into politics.

The most notable director in his oeuvre, James Cameron, is talked about as someone Schwarzenegger struggled to relate to - Cameron rejected Schwarzenegger's ET the Extra-Terrestrial inspired suggestions (Terminator should drink beer and get buzzed!), and seemed to spend the majority of The Terminator's shoot moaning about lenses.

Although complementary of Cameron's work realising the 1984 classic, there's a sense that Schwarzenegger sees more of himself in John Milius. Like his star, Milius delighted in saying outrageous things. From Total Recall My Unbelievably True Life Story:


"John liked to call himself a Zen fascist, and he'd brag that he was so far to the right that he wasn't even a Republican. Some people in town thought he was sick. But he was such a fantastic writer even the liberals would call him for help on their scripts, like Warren Beatty with Reds."


""There is only one Nazi on this team. And that is me. I am the Nazi!" For the rest of the production, he would go to odd antique stores and buy these little lead figurines of Mussolini and Hitler and Stalin and Francisco Franco and put them on Dino's desk."

Trailer via Supervillain
Posted by Chris Ready at 21:09:00 0 comments

Deadlock and Sonic the Hedgehog by Mike McMahon 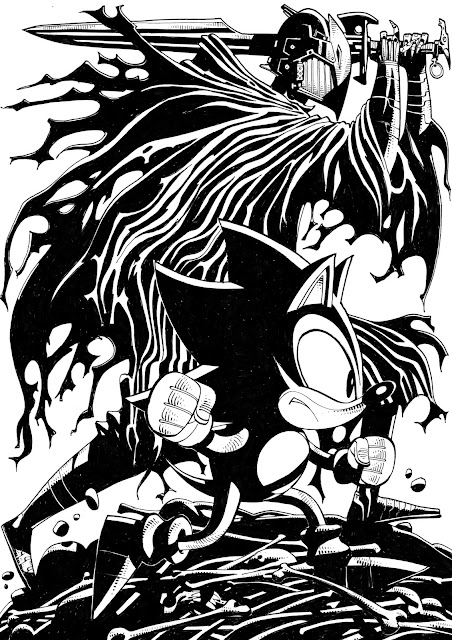 From McMahon's wonderful 'tugging your coat' blog.
Posted by Chris Ready at 17:16:00 0 comments

The Dragon Ball Z movies tend to exist parallel to the established continuity of Akira Toriyama's manga. This sixth installment, Dragon Ball Z: Clash!! 10,000,000,000 Powerful Warriors, plays around with the idea of despotic alien enemies being returned to life as unbeatable mechanoids - a strand that was otherwise explored during the Androids / Cell Games arc.

Director Daisuke Nishio (Crying Freeman, 3x3 Eyes) stages a meta-clash for the ages. Goku and Frieza's older brother Cooler fight incessantly over a flooded wasteland, while a bleak, nuclear wind whistles around them. The framing and shot composition owe a surprising aesthetic debt to Spaghetti Westerns and the psychologically charged oaters that followed. Impact pops sound like processed macaroni pistols, while pose down interludes are littered with extreme close-ups of glowering eyes. There's even an advancing doom shot that quotes High Plains Drifter's heat haze nightmares.
Posted by Chris Ready at 17:04:00 0 comments 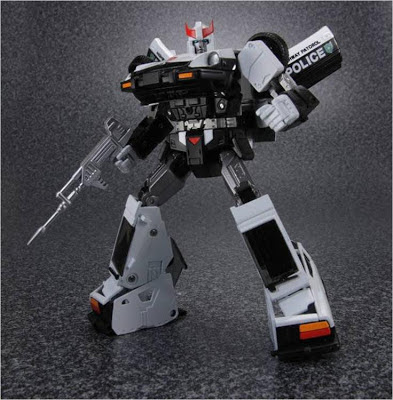 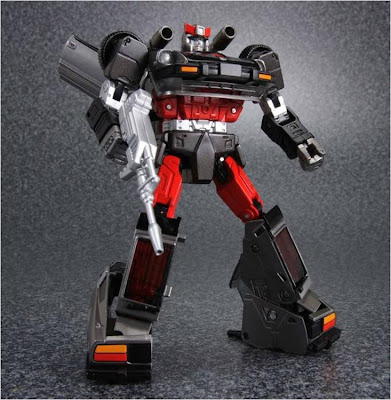 More images over at Seibertron.
Posted by Chris Ready at 17:11:00 0 comments 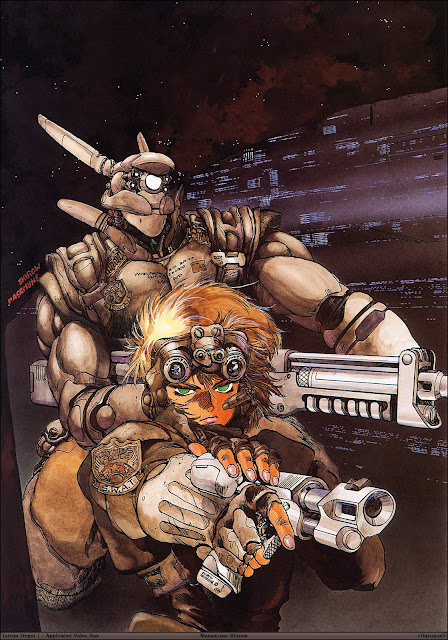 One-man anime scene Toren Smith has passed away. Mr Smith and his publishing company Studio Proteus, in conjunction with various other comic companies, are completely responsible for shaping mine, and many of my generation's, Japanese media tastes.

Thank you Mr Smith for helping to bring us Akira, Appleseed, Lone Wolf and Cub, Ghost in the Shell, Gunsmith Cats, Intron Depot, Domu, Dominion, The Dirty Pair, Metropolis, The Legend of Kamui, and Nausicaa of the Valley of the Wind.
Posted by Chris Ready at 16:56:00 0 comments

Email ThisBlogThis!Share to TwitterShare to FacebookShare to Pinterest
Labels: akira, Appleseed, Dominion, Domu, Ghost in the Shell, Gunsmith Cats, Lone Wolf and Cub, manga, Nausicaa of the Valley of the Wind, Studio Proteus, The Dirty Pair, The Legend of Kamui, Toren Smith 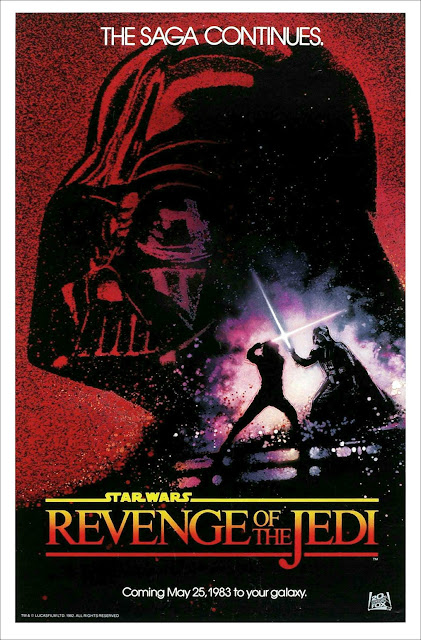 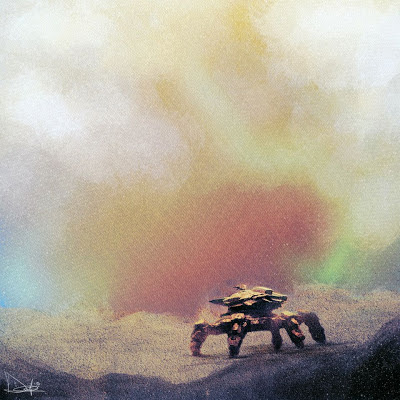