No matter how many sequels or spin-offs Capcom release, there will always be something special about Street Fighter II. Nintendo obviously agrees as they've commissioned a spruced up re-release for their new Switch system, a canny attempt to snag the attention of people with fond memories of expensive import copies and SNES pack-ins.

Given the decision to stick with the ugly high-definition coat of paint Udon Entertainment rustled up last-gen, Ultra Street Fighter II: The Final Challengers initially appears a bit disposable. Certainly not the kind of release that has you browsing pre-order pages for the game's home hardware. Then I discovered that you can run the game using the original CPS-2 graphics and immediately found myself desperate to play a pillarboxed reissue of a 20-odd year old game I already own about four different versions of.
Posted by Chris Ready at 21:52:00 0 comments 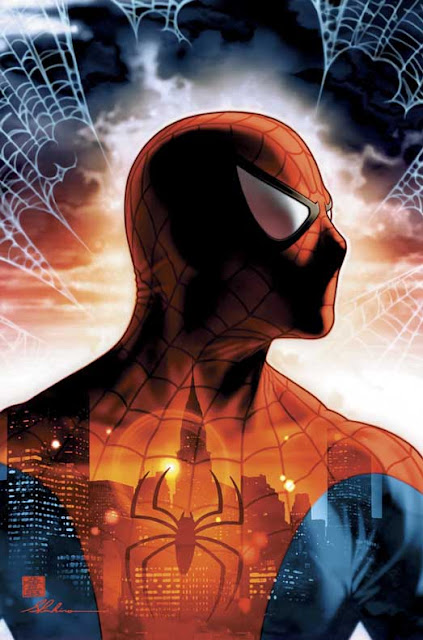 Aaliyah - One in a Million (WoodysProduce Juke Flipper)

The baby cart series ends with Yoshiyuki Kuroda's Lone Wolf and Cub: White Heaven in Hell, an off-piste entry with supernatural underpinnings that, while it doesn't adapt the titanic showdown that closed Kazuo Koike and Goseki Kojima's manga, does allow an element of closure to creep in around the edges. White Heaven opens with a desperate Yagyu Retsudo facing political irrelevance. In an effort to forestall any further disgrace, the ageing ninja decides to gamble the lives of his remaining heirs on a final push against our heroes.

Retsudo's illegitimate son Hyouei has been raised by the ghostly Tsuchigumo clan, an army of theatrical psychopaths who bury their best warriors in graves for weeks on end until their very existence blurs the line between life and death. Once dispatched, these phantoms haunt Itto and Daigoro, killing every person they come into contact with. These tactics are an exciting change of pace for the series, rolling an unpredictable, spectral sense of horror into the film. So while Itto never quite boils over into a full-on frenzy, it's exciting to see the implacable samurai genuinely rattled by an enemy.

Disappointingly, the Tsuchigumo assassins' eventual death (not to mention the fate of the legion of skiing ninja that follow them) has less to do with Itto meditating on, then overcoming their omniscient terror and more to do with this episode's gadget-laden perambulator. It's a strange choice because, as Tomisaburo Wakayama has repeatedly proven, stationary special effects aren't anywhere near as exciting as an unbroken take of a middle-aged actor forward-flipping into a slide tumble, then darting up to slash and swipe at goons.

Daigoro's baby cart is to Kuroda's film what Little Nellie was to You Only Live Twice, an improbably invincible gun platform that regimented enemies are inexplicable drawn towards. Thankfully Kuroda is often canny enough to simply get out of Wakayama's way, allowing fight sequences to unfold with a stop-start quality that makes you feel the trepidation simmering in Itto's enemies. Kenji Misumi hurtled in towards Wakayama to stress his speed and unpredictability, Kuroda opens up the confrontations, shooting extremely wide to show us how Itto's strikes carry like waves along the assembled armies, daring them to try their luck.

White Heaven ends with an exhausted Itto standing on a mountain side, surrounded by those that have died by his hand. A broken and bereaved Yagyu Retsudo has skated away, steeling himself for an apocalyptic sequel that never actually arrived. So while the saga ends unresolved, Tsutomo Nakamura's screenplay has done enough to propose a sort of moral victory for Itto and his son. They may not have claimed Retsudo's head, but they have murdered every last one of his heirs and irreparably damaged the social standing Retsudo sought to improve by acting against them. That, and they still have each other.
Posted by Chris Ready at 01:25:00 0 comments 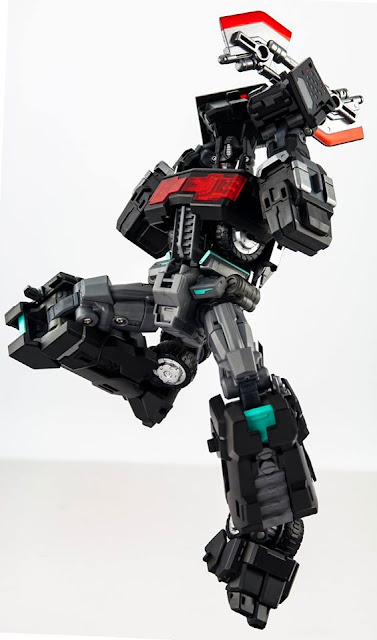 Lone Wolf and Cub: Baby Cart in the Land of Demons

Kenji Misumi's fourth and final contribution to Toho's assassin and child series oozes confidence, functioning both as a statement regarding the nihilism at the core of Chanbara cinema and an entertaining fight-film besides. It's also, thanks to cinematographer Fujio Morita and a seething, summertime Japan, absolutely beautiful.

Unlike Lone Wolf and Cub: Baby Cart in Peril director Buichi Saito, Misumi isn't particularly worried about clarifying the threads that surround Ogami Itto and his son Daigoro. So while Baby Cart in Peril featured an intermittent narration that contextualised and clarified the social constructs and politics impacting on Itto's mission, Misumi trusts the audience to key into the film's mood instead.

Saito's sop to data gave us a different perspective on Itto, it sold us stakes to better anticipate a reaction. Misumi's approach, by comparison, is more chaotic and disconnected, providing insight into his lead character's emotional outlook. Misumi shows us Itto's emptiness to make the point that perhaps the wronged samurai is not a figure that should be depicted as heroic or even particularly engaged. Despite the information and vendettas screaming in at him, Itto's thoughts are permanently elsewhere. He is a monster walking the path to hell, dragging his infant son along with him.

Although Lone Wolf and Cub: Baby Cart in the Land of Demons is dramatically disjointed, thanks to the series' grab-bag idea of manga adaptation, the constituent parts are united by an overarching thesis - Itto and Daigoro may be perfect and invincible but they are also damned. Neither demonstrates any capacity to develop or change, they are wraiths roaming a milieu that has a need for, and takes a delight in, their ability to kill.

In Land of Demons Itto's quest involves several loyal retainers of a beleaguered clan slowly drip-feeding him information after he bests them in combat. It's a rolling test, designed to ensure that Lone Wolf is as expert as he claims. It's a hook that keeps Itto occupied and fighting but it also tells us something deeper about the kind of clan that, while lousy with ninja and cavalry of their own, require the services of an assassin. Their task is sedition, a violent and outrageous pruning of the clan hierarchy to ensure that a specific status quo endures.

As always with the Lone Wolf and Cub series, the futility of the individual in the face of the Tokugawa shogunate is important to how the story unfolds. The clan members themselves go with the flow, they see their own lives as transitory, they are currency to be invested in a legacy that they hope will span centuries. This macro-thinking is contrasted by Itto's stubborn refusal to consider anything other than the path. He doesn't fret about Daigoro's place in a world beyond their revenge either, the father doesn't even tremble when his son receives a public flogging for refusing to betray a pickpocket. For all intents and purposes, the duo are already dead.

What remains of the Ogami family isn't trying to regain its place amongst the ruling class, they're feeding off the regime's secrets and hypocrisy to fuel their own desires. Misumi uses space and landscape photography to stress the wonderful, pig-headed absurdity inherent to Itto's mission. The scale of the undertaking is baffling. An entire country pivots and thrives on the film's periphery, Misumi filling the frame with picturesque depictions of vast, unyielding nature. Japan is depicted as well-watered and overripe; a great, pregnant beast bursting at its seams. It's an incredible backdrop for Tomisaburo Wakayama's star turn as death incarnate.
Posted by Chris Ready at 23:08:00 0 comments 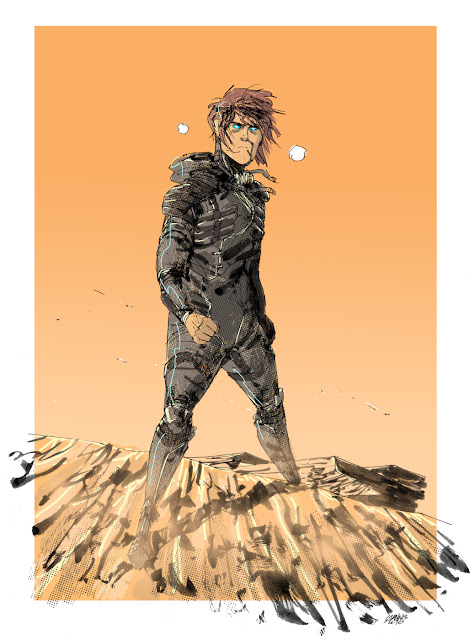