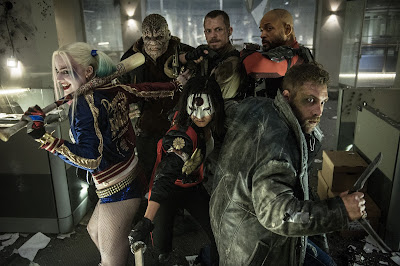 DC's Nu-Metal cover of Guardians of the Galaxy loves introductions. The film is so obsessed with the power of inauguration it keeps doing it over and over again, even when it's clear the audience is fully and firmly aware of who everybody is supposed to be. Despite some incessant jukeboxing, not to mention some strongly worded notes from Will Smith and his representation, Suicide Squad's first lead-in is its most dynamic. Director David Ayer's grubby fingers are all over a leering little sequence centred around Ike Barinholtz's spiteful interactions with Margot Robbie's Harley Quinn and the rest of the feature criminals.

For a few brief sketches, Suicide Squad manages to dredge up a whiff of the poisonous hysterics felt in Natural Born Killers. As in Oliver Stone's film, we see revolting, predatory men using the power conferred to them by lawful institutions to pray on the imprisoned and indentured. It's a decent, if sour opening gambit for a film that pretends it's kin to The Dirty Dozen when it's really just a live-action interpretation of the desire to collect shiny, lacquered knives in violent video games. It seems like we're being asked to root for powerful, individualistic victims while they're being poked and prodded by arrogant cops who think they're untouchable. Comeuppance to follow shortly.

These ideas are t-boned by another prologue, apparently from a completely different version of the film, in which the mission is introduced rolling and centred around the destructive relationship between Cara Delevinge's possessed backpacker and Joel Kinnaman's bland all-American hero. This situation room draft may lead into an altogether less lively Suicide Squad but it does do one thing right, it gives Viola Davis' Amanda Waller - the film's most dangerous, contradictory character - a little more room to actively dominate her peers. As it turns out, Waller is the one genuinely chaotic element in a film that even manages to make unfathomable, prehistoric, magic seem completely routine.

Waller is capricious and terrifyingly unpredictable in a way that Jared Leto's pass at the Joker never is. He's diminished both by his ineffectual screen time and the filmmaker's (marketing department's?) peculiar choice to focus on the kind of character traits that psychopaths might deem romantic. The actor's contribution registers as fussy, overly concerned with his Martin-Shkreli-does-trap styling and a pathetic desire to treat Harley like his favourite toy. Everything about the portrayal comes across as small and self-obsessed, a rich phoney playing at being a supervillain rather than the real thing. Waller meanwhile, free of suffocating brand expectation, is allowed to be in the shit, executing colleagues the second she decides she doesn't need them. In terms of the kind of cold-blooded machinations you should hang a franchise on, it isn't even close.
Posted by Chris Ready at 19:25:00 0 comments 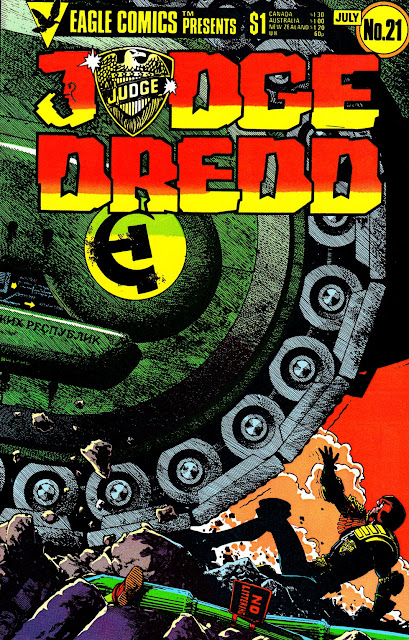 Sylvester Stallone in the 1980s - Lock Up 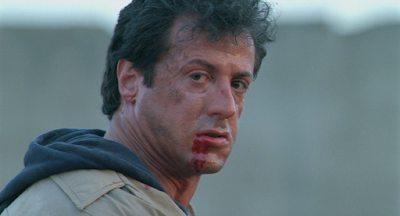 In its early moments Lock Up sets the stage for some sustained antagonism with Drumgoole pushing Leone to his physical and mental limits in an environment that resembles a Soviet labour camp. Rolling Thunder director John Flynn complies with this conceit, amping up the unpredictability factor by crowding his frames with genuine, weathered prison faces and real-life nutter Sonny Landham. This pressure cooker plotting quickly falls apart though, and soon enough we're stuck watching a basic incarceration narrative unspool.

Despite its adult rating, Lock Up only really proposes danger. We spend far too much time in chummy environments watching healthy, well-fed actors spitballing their idea of prison camaraderie. Stallone should be an albatross around his friend's necks but, unfortunately, most of his best buds make it into the final act relatively unscathed. Likewise, a final, suicidal confrontation between Leone and Drumgoole suggests both a glorious immolation and an opportunity for Stallone to do some death-by-cop acting. Of course, the One Noble Guard comes to the rescue, ending the film on a back-patting love-in instead.
Posted by Chris Ready at 12:05:00 0 comments