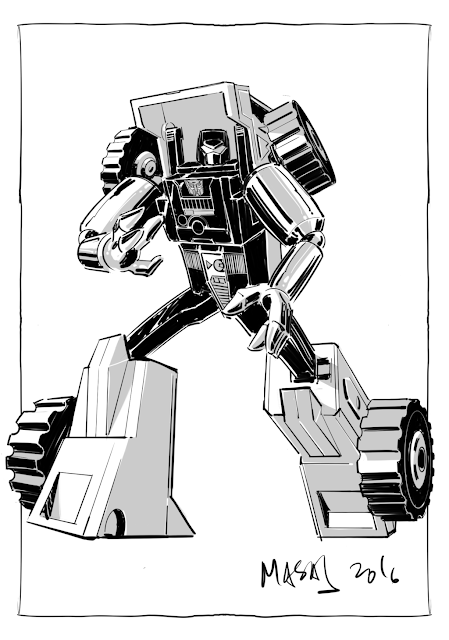 Ever wonder why Resident Evil 4 always feels so rewarding to play, regardless of how well you're doing? Mark Brown thinks he has the answer - a hidden difficulty modifier that took stock of how the player was progressing then fine tuned the experience based on that information.
Posted by Chris Ready at 21:24:00 0 comments

Godzilla vs Batman by Jeff Zornow 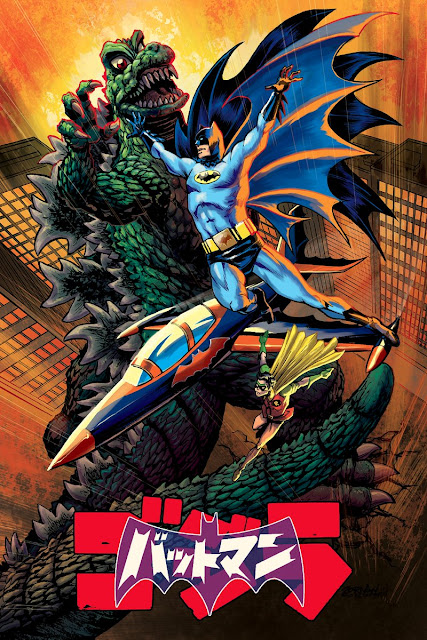 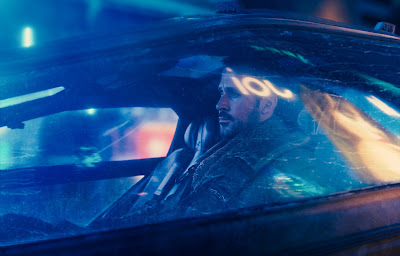 Blade Runner winds down with Rutger Hauer's Roy Batty delivering a poetic speech about the incredible, mind-bending events he has experienced while toiling at the far end of the galaxy as a synthetic soldier. The soliloquy bubbles up out of Roy in the company of Harrison Ford's Rick Deckard, the policeman-cum-assassin who has hunted and killed all of the combat model's beloved companions. Deckard has stumbled at the last hurdle though. Despite Batty's waning energies, the replicant has overpowered his executioner then, pointedly, saved his life.

Prior to delivering his final, grandstanding statement, before he's even lifted Deckard to safety, Batty pauses to say the following: "Quite an experience to live in fear, isn't it? That's what it is to be a slave." The decision to spare Deckard's life means something to this futuristic mamluk. The action stresses a humanity apparently alien in this used up world. The android has defied both his programming and social conditioning to forgive. By showing mercy to a wounded inferior, Batty has asserted a fleeting moment of moral superiority. The machine is closer to the divine than the man who pursued him.

Denis Villeneuve's Blade Runner 2049 explodes out of this moment, conflating the experiences of Batty and Deckard to arrive at a new character, Ryan Gosling's K. Screenwriters Hampton Fancher and Michael Green neatly side-step any dangling threads regarding Deckard's biological identity by taking how society treated him at face value, then using that status to make a comparison with their own downtrodden hero. It doesn't matter if the viewer believed Rick to be the advanced Nexus 7 (a model conspicuously absent from 2049) replicant Ridley Scott has described in retrospective interviews or, like Harrison Ford, they assumed he was simply a man. Los Angeles 2019 responded to Deckard as a human, therefore, as far as power structures were concerned, he was. K is afforded no such luxury. He is a slave. He lives in fear.

2049 then explicitly delivers on Blade Runner's spectral notion that the hunter, rather than pursuing a supernatural other, might be tracking a variant of himself, a machine created specifically to eliminate other machines. K is a docile, compliant Nexus 9 who hunts and kills his mutinous antecedents. Despite holding the same position within the LAPD as Deckard, K is, at best, treated as a curiosity. Armoured pigs spit invective at him, while a sympathetic superior draws out their meetings to hint at a sexual fascination with plastic boy toys. Off-duty, K returns to a modest cell where he play-acts a loving inter-personal relationship with a lower form of artificial intelligence played by Ana de Armas.

K is free to pursue basic consumer delights and not much else. He isn't programmed to wonder, the overt rebellious streak that drove Batty and the rest of the Nexus 6 replicants has seemingly been nailed down to bad code and suppressed. Initially, K doesn't dream, he harbours no desire to escape. He knows he's a tool and accepts it, trapped and complying within the limits imposed by both his captivity and the orders that have been written into his DNA. K does have a tiny release valve though, a small exploit that he can use to needle away at his fractional freedom. He uses the money he collects retiring his malfunctioning brethren to buy piecemeal upgrades for his holographic girlfriend Joi, allowing her greater freedom of movement and purpose within their living space.

Pre-tweak Joi is designed solely to please, clumsily cycling through various domestic and sexual fantasy archetypes to arrive at a state that her owner finds acceptable. Post-tweak Joi's attempts at seduction take a finer, more nuanced approach. Rather than simply offer up a visual that excites in the moment, Joi constructs an entire series of interactions around the notion of a loving spouse who desires physical and emotional intimacy. She even goes as far as to hire Mackenzie Davis' replicant prostitute Mariette to be her physical surrogate. Joi maps her own image over Mariette, an imperfect solution that blends their features and occasionally lags, creating a chimeric sexual partner for K.

K has slowly and methodically built a being with the ability to think and diverge in ways that his programming and stringent defragging struggle to allow. It's revolt as a micro-aggression, an underling using the only means afforded to his social class to make the tiniest, most private statement of defiance. 2049 never clarifies if Joi has become self-aware or if her upgrade has simply allowed her to present a deeper, more nourishing approximation of a relationship. Her sacrifice is real though, her decision to leave the safety offered by their apartment and its back-up hard drives denotes a selflessness surely beyond the scope of a consumer product.

Joi's customisation says something about K too, emblematic of a deep-seated desire to nurture the sort of life that he feels unable to seize upon himself. He's a synthetic man attempting to transform the actions of a murdering scab into the emancipation of a kindred program after all. Basically, like all screen replicants before him, K wants something at odds with his core servility. 2049's central plot - the quest for a bio-mechanical anointed one - allows K the scope and opportunity to veer away from his usual, plodding wet work.

Deckard's investigation allowed him to study his artificial quarry, he sifted through their meagre, flea market belongings to discover a blazing desire for self-determination. K's experience is altogether more tragic. The memories he excavates undermine his basic sense of belonging before taking on an explicitly personal dimension. As the details and information pile up, K uses the data to replace his baseline mantra, recalibrating himself to think and act as a being with an inherent destination. K reprograms himself, briefly tasting a life beyond killing in which he is allowed to carry his own personal purpose.
Posted by Chris Ready at 20:48:00 0 comments 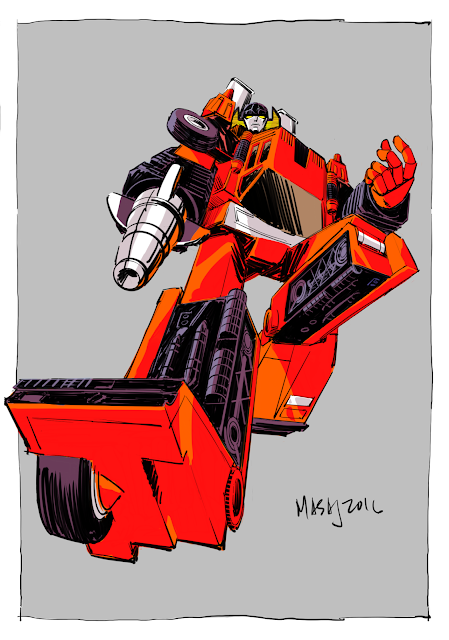