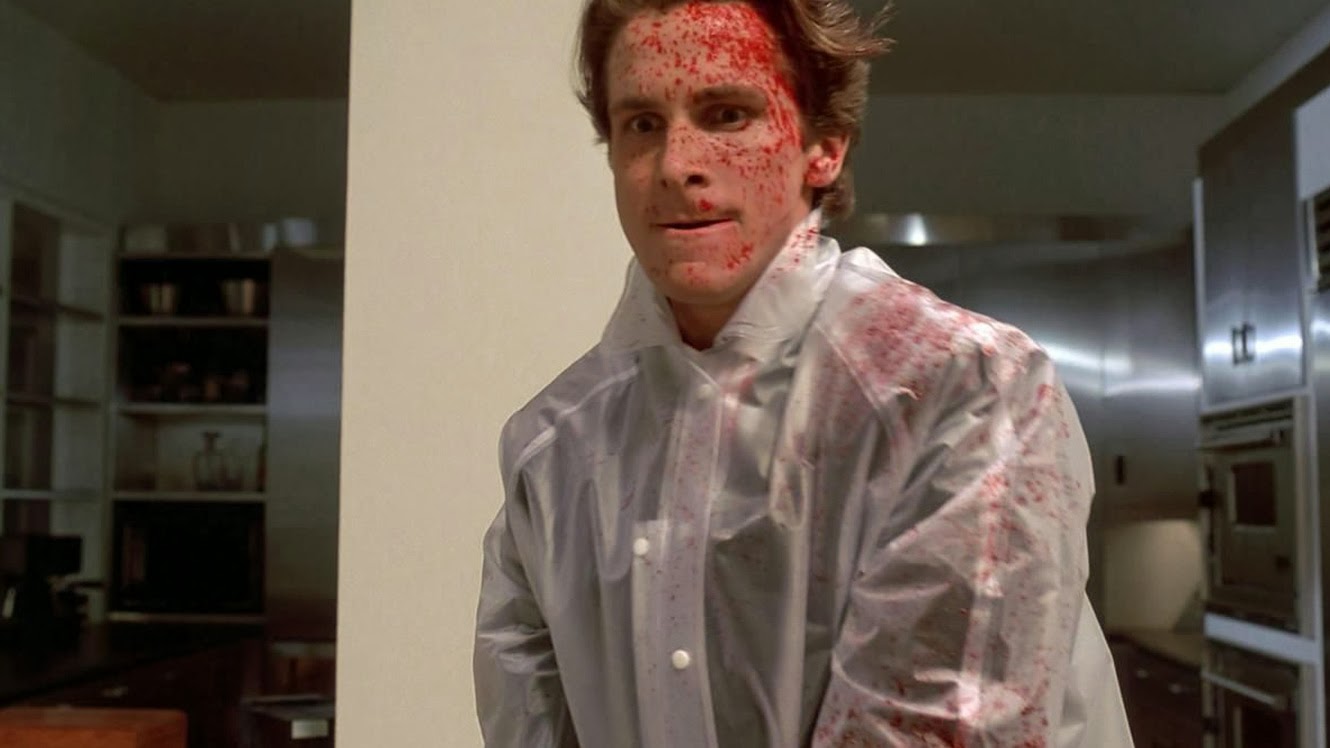 Rewatching American Psycho after a read of Bret Easton Ellis' source novel I was initially disappointed that the film skipped over Patrick Bateman's demented spending sprees. The book features frequent digressions in which, out scavenging for the latest status artefacts, Bateman experiences pronounced breaks with reality. His obsessively cultivated snob façade collapses in on itself, leaving the narrator at the mercy of violent consumer impulses. Choice and expectation overwhelm him and he loses basic motor control. These passages, in which Bateman heavily self-medicates, are funny and alarming in equal measure. Primarily they break a carefully composed stream of conciousness in which murders and tortures are treated as asides and punctuation.

Mary Harron and Guinevere Turner may have omitted the actual event of shopping, but this state of Bateman informs how they write him and how Christian Bale plays the character. Ellis' novel is a boast, Batman's life communicated as overwhelming, suffocating bluster. He may be a dangerous sociopath, but his sartorial knowledge is second to none. Bateman's approval and advice are sought by every member of his inner circle. He also portrays himself as an incredible but indifferent lover, able to bring his partners to climax with only the slightest effort. Women are objects to him and he has mastered one of the few ways in which he can find them useful. By wrestling Bateman's narrative away from him, Harron and Turner are able to critique him. We experience his life on different terms. Most obviously this Bateman is not a stud. He's a dork in an oversized suit that stares at his own reflection when he fucks. His partners, either medicated or in his employ, go through the motions with him but don't particular enjoy the act.

Bateman is no longer an omniscient predator, he's an indulged, wealthy child permitted to act how he pleases. Harron and Turner recontextualise a problematic character by denying him his voice. The duo focus in on the idea that Bateman is able to blunder along, killing with impunity because he is widely considered to be a drip. Bale colludes - his Bateman is focused in the singular, sweaty and animated in company. This is adaptation as analytical thesis. The decision to filter Ellis' novel through a female perspective adds another layer to the conversation. This American Psycho is less about the intense, violent capitalism exemplified by the 1980s and more about the petty aggressions of insecure, moneyed males.
Posted by Chris Ready at 22:51:00