After three years spent pogoing, Call of Duty: WWII's multiplayer returns the series to a movement style that forces the player along stricter, more predictable routes. While Sledgehammer's three-lane, race-to-the-middle design philosophy doesn't really allow for prolonged roaming, a determined player can (eventually) duck and dive their way behind the advancing opposition and net themselves a couple of sneaky kills. 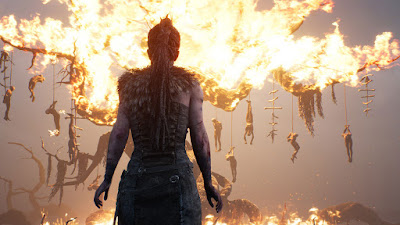 Following the kicking they got for DmC: Devil May Cry (the Definitive Edition of which is fucking great), not to mention the subsequent withdrawal of AAA publisher support, it looked like Ninja Theory were doomed to sweat shop development, propping up Disney's not-successful-enough Skylanders imitation. Thankfully, the talented team bounced back with Hellblade: Senua's Sacrifice, an attractively priced digital release that used the studio's obsessive mo-cap detailing to chronicle a personal journey into hell. 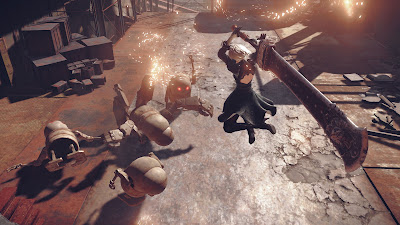 There's an idea of excavation at the heart of Nier: Automata. Players take control of various androids, all calibrated to pleasure model dimensions, as they battle to vanquish the endless hordes of faintly pathetic looking toy robots in a world where mankind has long since vanished. Abandoned housing developments sit in vast, churning deserts, the sands littered with the bodies of networked accomplices and senile (but chipper) battle engines. Full-blown playthroughs can end on a whim while cumulative campaigns diverge and mutate just when the game seems to be settling into a rut. 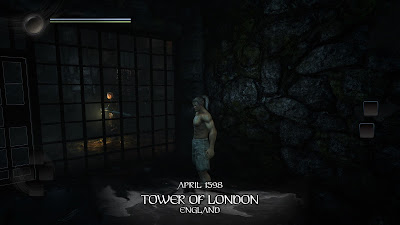 The FromSoftware influence is obvious in terms of mechanics and skill progression but Nioh scratches another less obvious itch. Team Ninja have produced a modern, technically silky take on the atmospheric third-person action games that flooded the market during the PS2 era. Team Ninja's game recalls the reputable grind of their own Ninja Gaiden games or Capcom's Devil May Cry and Onimusha series, but there are also notes of the lesser-known titles. Fans of landfill slashers like Chaos Legion, Otogi, Devil Kings or even Samurai Western will find a lots to enjoy here. 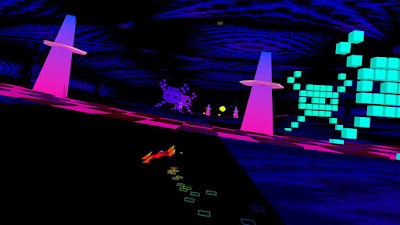 Remember Teletext? Remember sitting there waiting for the ASCII text page to cycle around to the screen of information you actually wanted to read? Remember the eye-searing purples and greens? Jeff Minter's latest, Polybius, is like falling head-first into a violent, psychotropic approximation of that interlaced maelstrom. 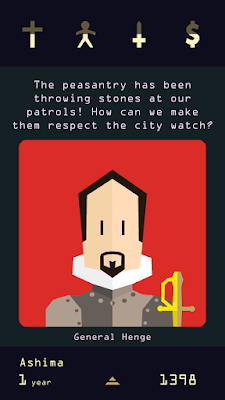 A politics game told with the interactive language of a dating app, Reigns: Her Majesty casts the player as an immortal soul reincarnating as a succession of medieval Queens. Each time you ascend to the throne, your task is to juggle individual wants and desires with those of various, competing branches of the kingdom. Act a bit too modern and the church will clamp down; explore your benevolence and an enraptured populace will storm the castle, trampling you to death in some misguided attempt at adulation. 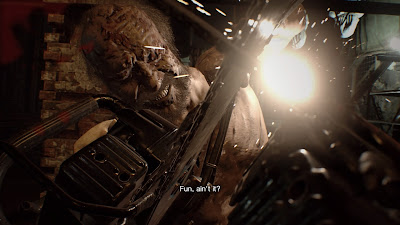 Abandoning the deathly dull AAA blockbuster approach of the last installment, Resident Evil 7: Biohazard takes the player back to moldy mansions and staggered, creeping progress. Later sections drag themselves down through repetition and a disappointing need to explain away the toxic waste enemies but 7's opening salvo - stumbling around a Texas Chain Saw house avoiding your invincible white trash hosts - is delightful. 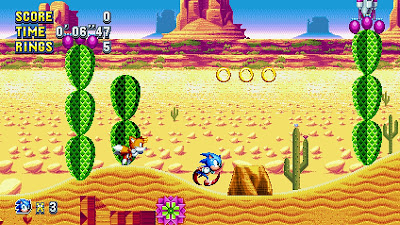 Sonic Mania is wonderful. Christian Whitehead, PagodaWest and Headcannon have produced a game exactly as intoxicating as being ten years old and seeing expansive, stitched-together screenshots of Sonic CD in Mega magazine. That is the highest praise I have. 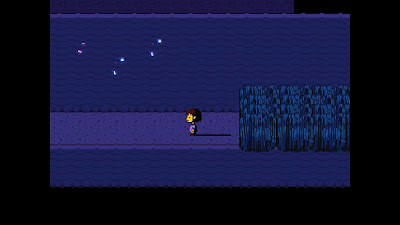 Finally released on the PS4 this year (with an extra screen to boot), Undertale gives the player control of a lumpy kid, very much in the Klasky Csupo mold, who must brave a purgatory filled with childlike monsters. Undertale takes your basic Game Boy RPG then weaves in a storyline that deconstructs the kind of sociopathic hunter-gatherer actions that underline structurally similar titles. Developer Toby Fox uses 8-bit imagery to lull the player into regurgitating strategies learned elsewhere, exploring how the greed and self-interest that powers your typical video game hero is thoroughly incompatible with a society that hasn't been built to cater to their whim. 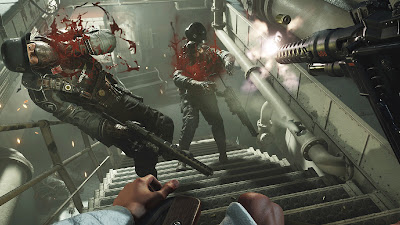 Basically unplayable as a standard, post-up first-person shooter, Wolfenstein II: The New Colossus instead demands that you dual wield assault rifles and ricochet around the levels like a fucking maniac. Stage layouts and enemy movement patterns tease an idea of a perfect, stealthy playthrough but, more often than not, cautious progress will just get you perished. 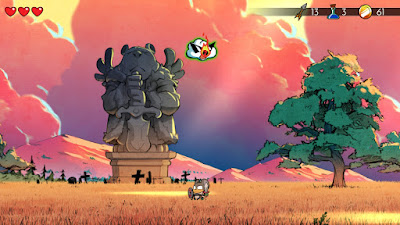 Lizardcube's remake of undervalued 8-bit adventurer Wonder Boy: The Dragon's Trap allows the player to toggle back-and-forth between the game's original Master System graphics and Ben Fiquet's beautiful, watercolour reinterpretation. Although this isn't the first game to include a visual swap feature, Dragon's Trap impresses because of how Fiquet's art explodes the original's basic blips and blocks, massaging an 8-bit suggestion into expansive, detailed landscapes. The implementation becomes satisfying unto itself. 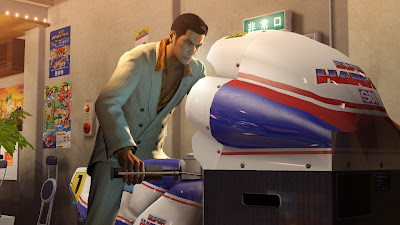 If you abandon the central plot, Yakuza 0 is like a holiday. You get to guide your beefy avatar around an immaculate reproduction of 1980s Tokyo, popping into convenience stores to sample all kinds of delicious looking snacks. There are arcades to hang around and unreadable magazine racks to browse. 0 reinforces this dithering by allowing the player to lose themselves in side-quests: rather than worry too much about organised crime you can always just help some extremely gentle punks bluff their way through a music press interview instead.