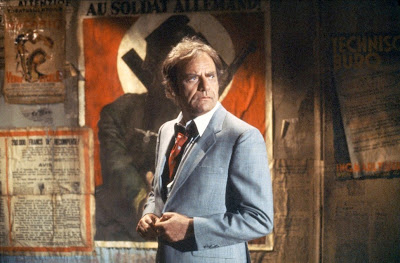 John Landis kicks off the anthology with Time Out, a finger-wagger about a bigot getting a taste of his own medicine. Conceptually Time Out is like one of those Star Trek episodes were the primary creative impulse seems to be that the studio had a load of period sets going spare. Vic Morrow's racist middle-manager is bounced between several confrontations in which he is no longer viewed as a well-to-do white man.

Movie money elevates the premise - instead of airless TV corners we get well-dressed spaces full of detailing and furniture for Morrow to collide with. Thanks to John Landis' cavalier / criminal approach to stunt safety and child labour laws, Morrow and (unseen in this version) co-stars Myca Dinh Le and Renee Shin-Yi Chen were killed by a falling helicopter while shooting the segment's feel good ending. Time Out is therefore truncated, Landis and his story stuck reveling in the kind of sadism needed to power a profound character change. 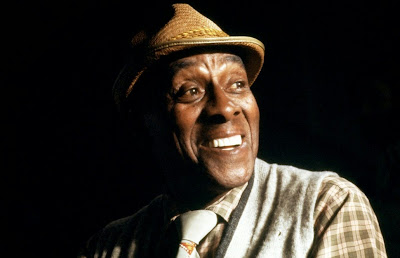 Steven Spielberg's segment is a treacly aside about a magical old man who can reverse the ageing process. Scatman Crothers' Mr Bloom breezes between retirement homes, stirring up the residents with talk of eternal youth. Kick the Can is the most naked and malformed of Spielberg's youth deifications. Evan Richards' gangly teen prancing around like Peter Pan doesn't evoke magical whimsy, it instead registers as insistent and creepy.

Since this is a Spielberg film there's some intense emotional violence buried in the sugary premise. The exclusion of Bill Quinn's disbeliever Leo Conroy is pointed and painful, never more so than when the pensioner pleads to be taken away by his newly youthful friend (lover? There's clearly a lifelong connection between the two). Spielberg prods at Conroy's teary eyeline, capturing the exact moment that the elderly man's heart breaks.


It's a Good Life 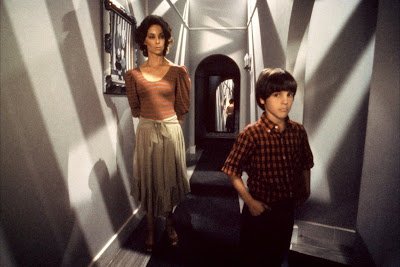 Joe Dante pulls Twilight Zone: The Movie back on track with a contribution that revolves around a bored schoolteacher who inadvertently wanders into the realm of an omnipotent pre-teen. Jeremy Licht's Anthony is a capricious God whose idea of paradise doesn't stretch too far beyond never-ending TV sessions and plates heaving with sugary junk food.

Kathleen Quinlan's Helen is a picture of glassy eyed alarm as she creeps deeper into Anthony's subconscious. The child has surrounded himself with a collection of adult sycophants who pretend to be his family on pain of animated death. To keep them in line this little Hitler summons up rubbery Rob Bottin abominations that actualise the deranged, elastic energy of a Tex Avery cartoon. The entire segment teeters on the edge of full dementia, like The Texas Chain Saw Massacre but with a family friendly rating. 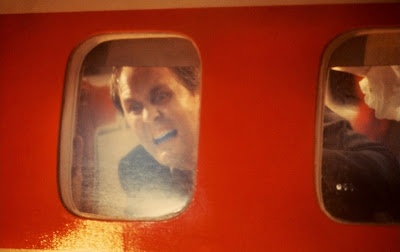 George Miller's MVP contribution is a thundering, adrenalised reworking of Richard Donner and Richard Matheson's 1963 TV episode. The original programme had a nervous William Shatner trying to keep a lid on things after he sees a gremlin vandalising the plane he's travelling on. John Lithgow takes the lead for this retelling, delivering an absolutely deranged performance. Shatner's character began his nightmare somewhat sane, a middle-aged man pleased with himself after recovering from a nervous breakdown. Lithgow's manic before he's even gone near his window seat.

The segment opens with Lithgow locked in the toilet tearing at his hair. Miller accentuates the unease with a couple of tricks designed to simulate a plane ride from hell. The camera is never stable, bobbing along as if passing through light turbulence. A constant high-pitched whine is buried in the mix, the kind of fizz you feel between your ears before they start popping. Lithgow's fellow passengers are an aggressive, uncooperative bunch, moving constantly while the poor soul tries to dredge up a memory of being relaxed. Even time seems to lurch uneasily. A child bleats in Lithgow's face one minute, then is seen curled up in a deep sleep the next. Miller uses every trick in the book to keep the mood hysterical, there's not a single second that Lithgow isn't under some form of attack.
Posted by Chris Ready at 17:24:00