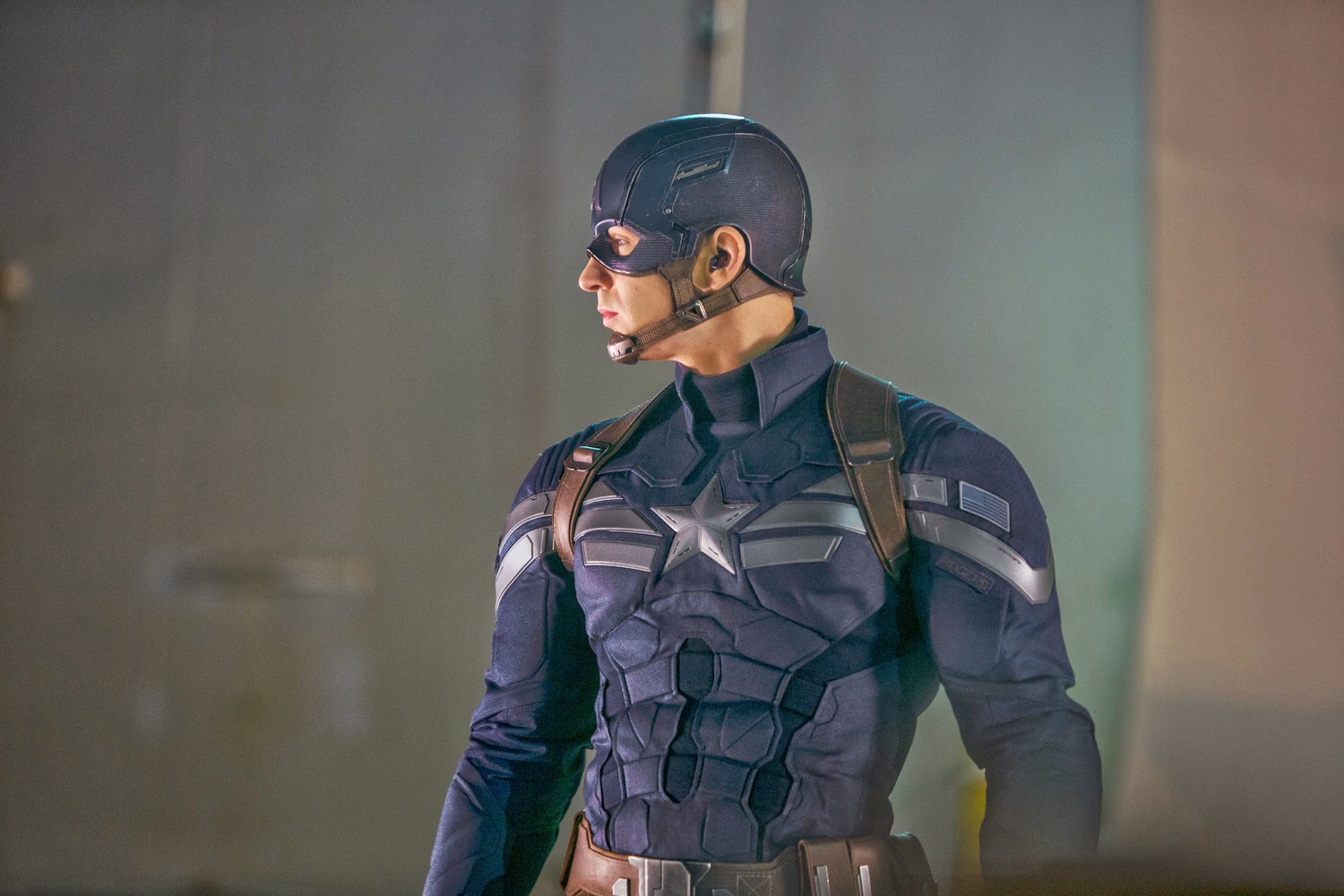 Introductions out the way, the Marvel movie universe has settled into a groove of pamphlet filmmaking. Captain America: The Winter Soldier motors along with the same brisk efficiency as a 1970s Bond film, that is to say spectacular stunts and tabloid plot prompts wrapped up in an artistically impersonal whole. Terminally decent Steve Rogers lacks any of 007's wry psychosis, the levity here usually provided by the sheer absurdity of Cap fighting normal human beings. Rogers engages like a hit and run driver, crashing into terrorists and putting them in comas.

Despite the presence of sitcom mainstays Anthony and Joe Russo, basic human interaction stalls the film dead. Scenes between the leads grind horridly through plot outlining and graceless dick waving. Cap is approached like a deathless patriotic ideal but the destination is never anywhere other than fisticuffs. This then is the second unit's film, the team clearly obsessed with practical auto-carnage. Nick Fury's invincible car is an opportunity to quote The Gauntlet, while metallic cyborgs weaving in and out of multiple-vehicle collisions recalls the Terminator series.

Hand-to-hand combat doesn't disappear into a mess of rapid cuts either, this is closer to the Sammo Hung school of fight choreography than other, recent spy films. We get a sustained look at short attack chains, often featuring knives, cutting on blocks and impacts. Cap and The Winter Soldier's brawls tell their own story - these two are evenly matched. With the action sewn up, Captain America 2 flirts with ideas like totalitarian surveillance and mindwiped mercenaries, but doesn't really commit to any of them. Instead they're signposts on the way to the next pile-up. Like an ongoing comic, Winter Soldier's happy to shuffle the deck and posture, but is too afraid to burn it all down to the ground.
Posted by Chris Ready at 19:41:00