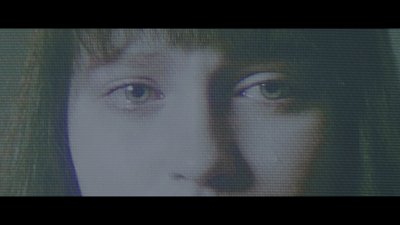 In one sense director James Wan tips his hand early in Malignant, scoring and shooting a series of routine domestic disturbances with a electronic throb that seems to work against the film's creeping, supernatural, tensions. Wan weaves in the lessons he learned on technologically fluent blockbusters like Fast & Furious 7 and Aquaman to arrive at a low budget, sequel friendly, horror idea that presents with a sense of scale far beyond its comparatively meagre budget. Written by Akela Cooper - based on a story conceived by Cooper, Wan and actress-screenwriter Ingrid Bisu - Malignant draws from umpteen horror sources, blending them together into a film that, mechanically, ranges from lightly directionless scenes that stutter along with a flat, soap opera, affect to body-popping mania.
Beginning with a spot of surgical splatter that prickles memories of Eric Red's Body Parts or Chris Walas' The Fly II, Malignant rapidly changes shape, briefly taking on the rhythms of a windswept gothic haunting before lurching off into franchise murder mystery then martial arts mayhem. Without giving too much away, Malignant is concerned with an anatomical disparity that it expresses through constant tonal shifts and stylistic upheaval. Safari Riot's pompous electronic rearrangement of Pixies' Where is My Mind is Wan's battering ram, arriving like an anvil to signal these scalp-scratching transitions. Annabelle Wallis' Madison Lake-Mitchell, styled here as a put upon wife trapped in a mouldering relationship, shares a psychic link with a homicidal tumour battering its way through the doctors and psychiatrists who cut him out of his host decades earlier. This sentient melanoma - named Gabriel - now has control of a zipped-up, androgynous, body that he puppeteers far beyond its limits. Limbs twist and bend at ungodly angles; the bone-cracking actions directed by an uncaring pilot.
Posted by Chris Ready at 20:49:00