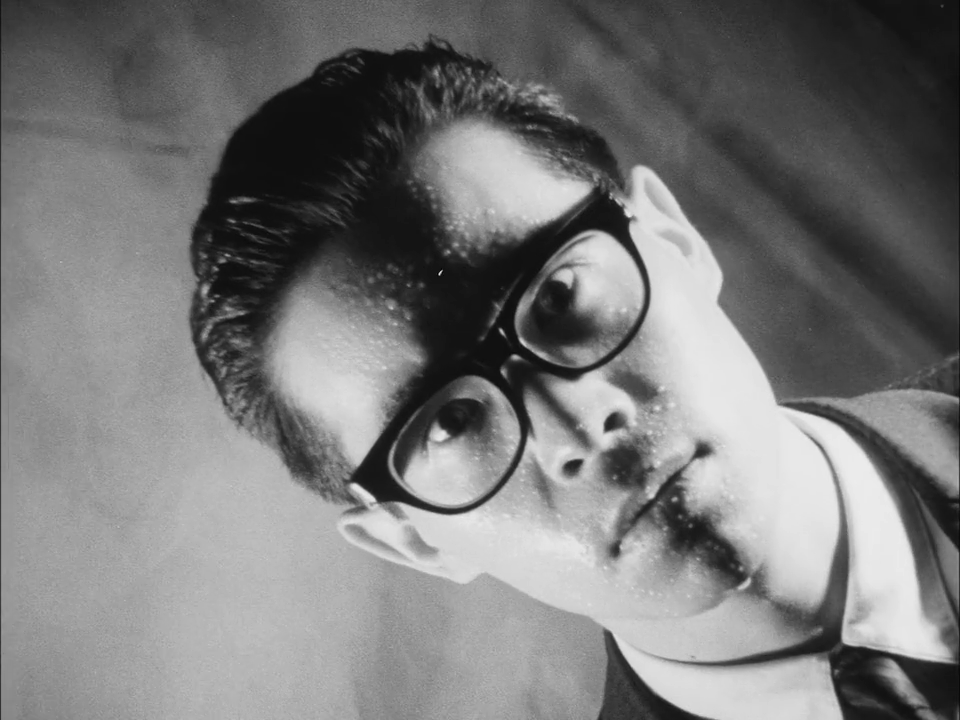 Shinya Tsukamoto shoots Tokyo as a claustrophobic ruin unfit for human habitation. Tsukamoto's city is a series of tight, cluttered rooms filled with knotted wires and electronic bric-a-brac. Roofs seem far too low - Tsukamoto's characters are always stooping and crawling. They writhe and sweat profusely, the camera pushing in tight on their pained, dripping faces. In this sense Tetsuo: The Iron Man is reminiscent of Harlan Ellison's I Have No Mouth, and I Must Scream. Like Ellison's short story, Tetsuo features a handful of humans trapped in a vast mechanical landscape, suffering at the mercy of some sadistic higher being.

Tetsuo's ascended intelligence is The Metal Fetishist, a vagrant that has forced a threaded steel rod into his leg and become a kind of rust God. After a hit-and-run encounter with a bespectacled businessman and his horny girlfriend, Fetishist transforms into a virulent, mechanical, infection that mutates anybody he comes into contact with. The businessman accidentally triggers his own transformation with his electric razor, causing pustulous steel boils to sprout up on his cheek. Tetsuo takes the body-morphing antics of the Japanese superhero genre and wrings them dry. People in Tsukamoto's film don't become cybernetic do-gooders, instead they shred their significant others with drill-bit dicks and dream of the Earth as an endless factory dedicated to liquefying mankind. Power corrupts them instantly.
Posted by Chris Ready at 16:45:00