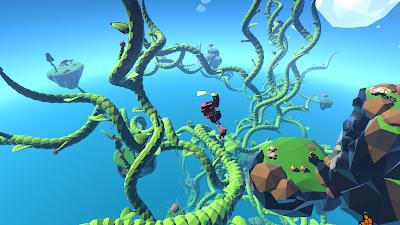 A genuinely stressful experience in which you pilot a shambolic robot as it climbs up a star-scraping beanstalk. Initial prods can cause your droid to stumble off wildly, a model of movement that seems entirely unsuited to a slow, methodical climbing game. Once you finally manage to figure out the finickity controls though, Grow Home comes into its own, mutating from a frustrating Octodad into a tense, physically draining approximation of ascension.

4. Everybody's Gone to the Rapture 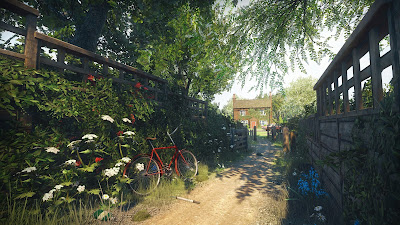 Slowly nose around an abandoned, provincial village, activating a series of sparkly, etheral conversations that drip-feed information about the total destruction of mankind as a physical entity. Find enough of these Radio 4 style chit-chats and Everybody's Gone to the Rapture allows you to trigger a cosmos altering crescendo. The Chinese Room's game mixes The Archers with John Wyndham to arrive at a deliberately paced snoop 'em up that faithfully simulates the onion-layered bullshittery at the core of British social interaction. 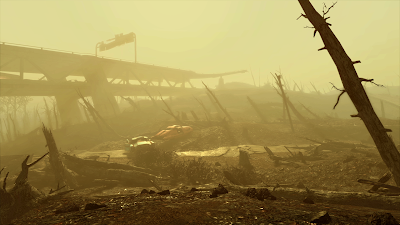 Potter around an irradiated Boston getting into scrapes. Fallout 4 proposes a storyline about a parent desperately seeking their kidnapped child but this is more of a regulated series of diversions than a narrative backbone. Instead Bethesda's game is at its best when you go completely off-piste, excavating haunted slate mines or dressing up as a radio serial vigilante at the behest of a neurotic zombie. 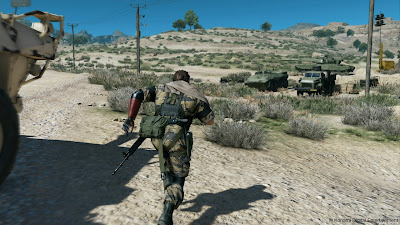 Hideo Kojima's final game for Konami isn't just the all-time greatest open world adventure game, it also gifts the player a truly wonderful action figure in the form of Venom Snake. Despite some fussiness bumping up against objects and their physical barriers, everything about driving this iteration of Snake is such fun that it takes an eternity for you to recognise the ceaseless repetition that powers this sequel. Whether creeping into Soviet forts or radioing-in precision artillery strikes, Metal Gear Solid V: The Phantom Pain is one-hundred hours worth of opportunities to feel unbridled, interactive joy. 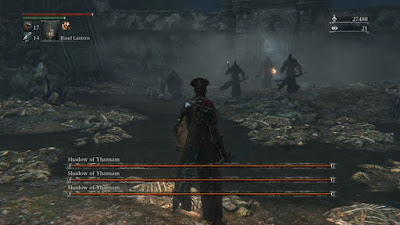 Bloodborne reminds me of Resident Evil or Devil May Cry. It's a game that plonks you in a corrupted version of something recognisable (architecturally speaking) then, when you've found your feet, it forces you further and further towards the source of this malignant transformation.

FromSoftware's genius lies in how this exploration unfolds. Progress is explicitly tied to raising various RPG stats but the environments and enemies are such fantastic actors you hardly notice. Since the player is always pushing deeper and deeper into some hallucinatory, transgressive horror, every step taken feels like trespassing. All visual and aural data demands you turn around and flee. You simply shouldn't be here. You proceed against all reason. How's that for a psychological model for adventure?