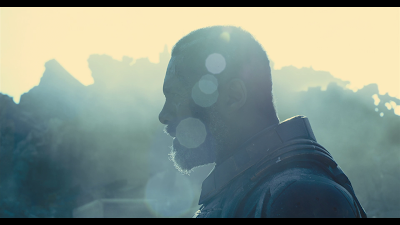 Set on the fictional island of Corto Maltese, a Cold War critical South American territory named for Hugo Pratt's sea captain that first appeared in Frank Miller, Klaus Janson and Lynn Varley's The Dark Knight Returns, James Gunn's latest, The Suicide Squad, allows the writer-director - not to mention Warner bros' hundreds of millions of dollars - to relitigate the Bay of Pigs invasion of Cuba, substituting in third-string supervillains for history's well-armed exiles. A military coup on the aforementioned isle has allowed an American black site to change hands from a pro-US incumbent to a war-mongering General eager to lay waste to his former oppressor with extra-terrestrial weaponry. To Suicide Squad's credit, the transitioning country does display all the hallmarks of having been a Washington vassal state - the majority of the population suffer in abject poverty while soldiers drive around in General Motors Humvees, loaded down with heavily customised M-16s.
Naturally, Harley Quinn and pals are far more successful than their real-life counterparts when it comes to violently evangelising CIA sponsored democracy, ceding power to a small group of electable revolutionaries by, simply, killing everybody else who could fill that power vacuum. Pitched at the gross-out comedy end of the superhero spectrum - see also the Deadpool films - The Suicide Squad revels in the kind of mass extermination that is often weaponised against Gunn's former collaborator, Zack Snyder. The city levelling rampage of a villain lifted from the first appearance of the Justice League of America (1960's The Brave and the Bold #28 - the original Suicide Squad appearing in the previous issues) comfortably kills thousands of civilians. Presumably, the lack of outrage at this outcome is due to the audience's ability to tune into Gunn's tonal wavelength rather than, say, the fact that Snyder's Man of Steel demolished literal pillars of western hegemony, ending middle class North American lives, rather than working class Latin American ones.
Nominally a sequel to David Ayer's chopped and screwed misfire, Gunn inherits several choice pieces of casting for his own film - the most reliable of which are Margot Robbie's Dr Quinzel, the closest thing the current DC cinematic universe has to a lynchpin, and Viola Davis' cold-blooded take on Amanda Waller. Bizarrely, Idris Elba is recruited to repeat a great deal of Will Smith's arc from the previous film, except this time with a greater emphasis on transforming gadgets. John Cena, recently seen failing to plug the Dwayne Johnson sized hole in F9, is much more at home in this film, consciously leaning further and further into the plastic absurdity of the action figure outline he has cultivated. Armed with a helmet that looks very much like a chromed dickhead, Cena's bloodthirsty Peacemaker is the performance most of a piece with Gunn's violent flippancy; likely the reason that the ex-pro wrestler already has a spin-off streaming series lined up. Gunn's film then, loaded down with exploding mutants and cringing misfits, displays an obvious affection for DC's more obscure comic book characters, if not the persecuted citizens of the Second World.
Posted by Chris Ready at 23:20:00