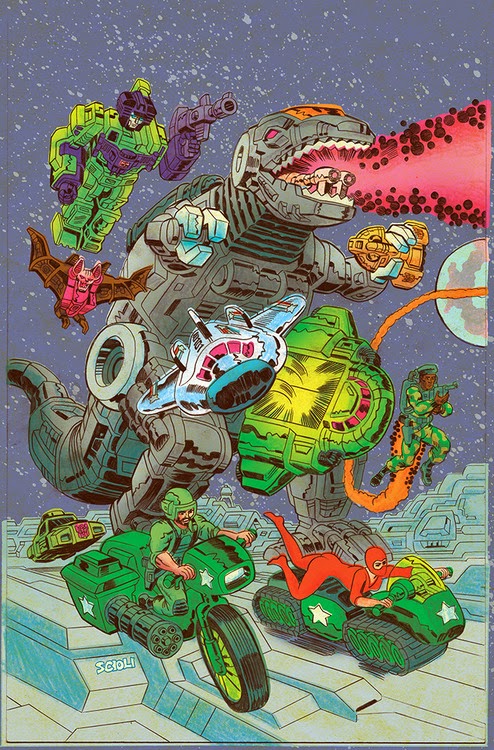 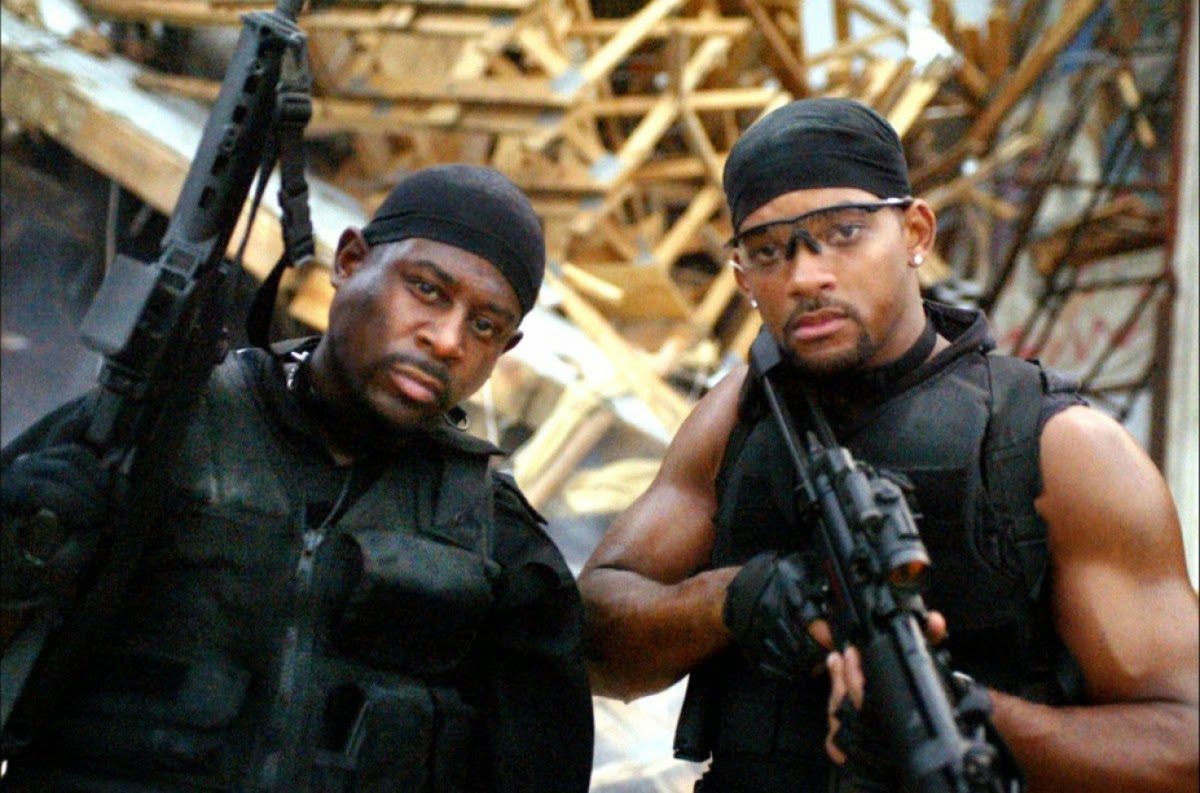 There's an argument to be made that Michael Bay's Bad Boys 2 is the purest attempt by Hollywood to recreate a Hong Kong style action film. Bay's film doesn't try to replicate the platonic ideal of John Woo's The Killer though, instead it's closer to something people in Hong Kong might've actually wanted to see, a film like Sammo Hung's dayglo matinee My Lucky Stars.

A significant chunk of the middle section is given over to the two leads posing as pest exterminators in an effort to infiltrate the bad guy's mansion. There's no attempt to build any real tension - we don't feel like either of their lives are in danger. Instead it's an opportunity to push a camera in extremely close to Martin Lawrence's awed, sweaty face as he watches two rats copulate missionary.

Basically, Bad Boys 2 lives to entertain you. It doesn't know what you want, so it tries to give you everything. Here are some apocalyptic car crashes. Maybe you didn't like that so here's Smith and Lawrence talking about anal sex. If that didn't do it for you, how about a shoot-out in which the camera moves in and around the combatants like a snake? Bad Boys 2 even has the good grace to roll with an adult certificate - this isn't bad taste cinema as smuggled Summer product, it's brazen. Invectives and exit wounds, intended to be seen by its most enthusiastic audience on home video.

Bad Boys 2 doesn't pretend to be a tight narrative experience, it takes the bare model of a cops and robbers movie and embellishes, hurling money and ego and reality TV musical punctuation at you. Action cinema as a hyper-caffeinated variety act whose sole aim is to make you feel like you got your money's worth. Bad Boys 2 wants you to feel like your price of admission was nothing compared to how many fresh-off-the-assembly-line cars got rolled and gutted.
Posted by Chris Ready at 14:05:00 0 comments 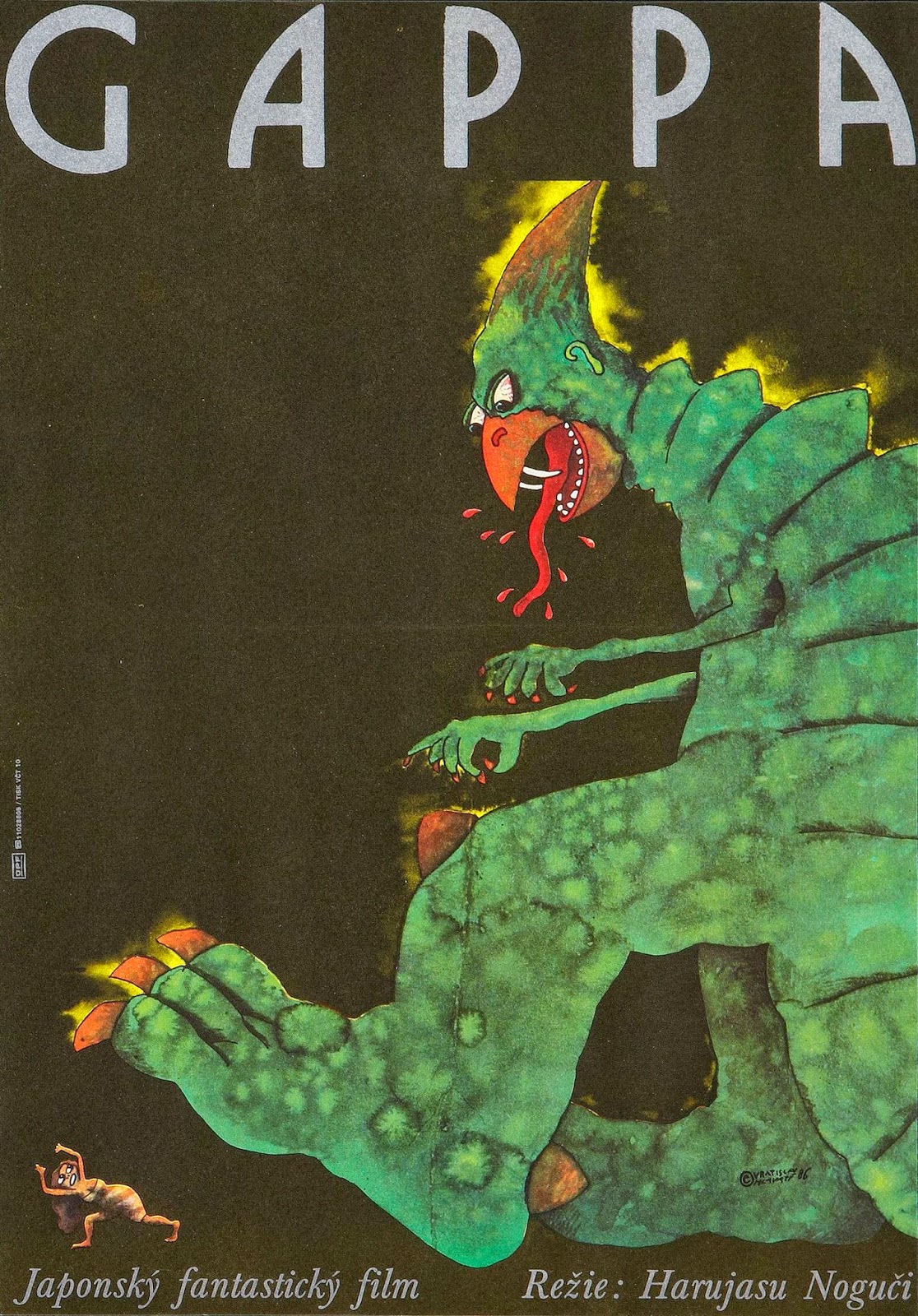 Email ThisBlogThis!Share to TwitterShare to FacebookShare to Pinterest
Labels: music, Run The Jewels 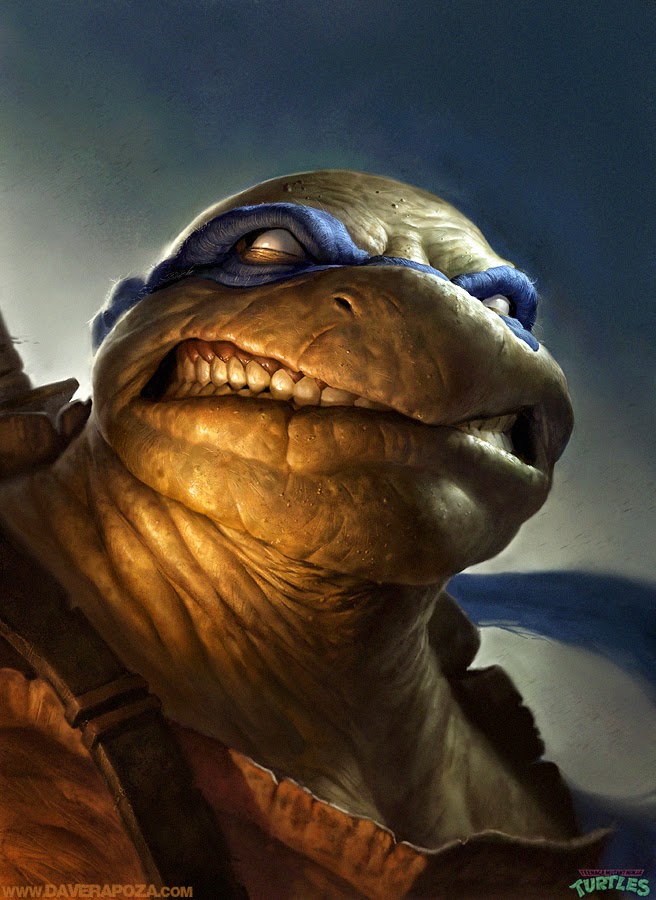 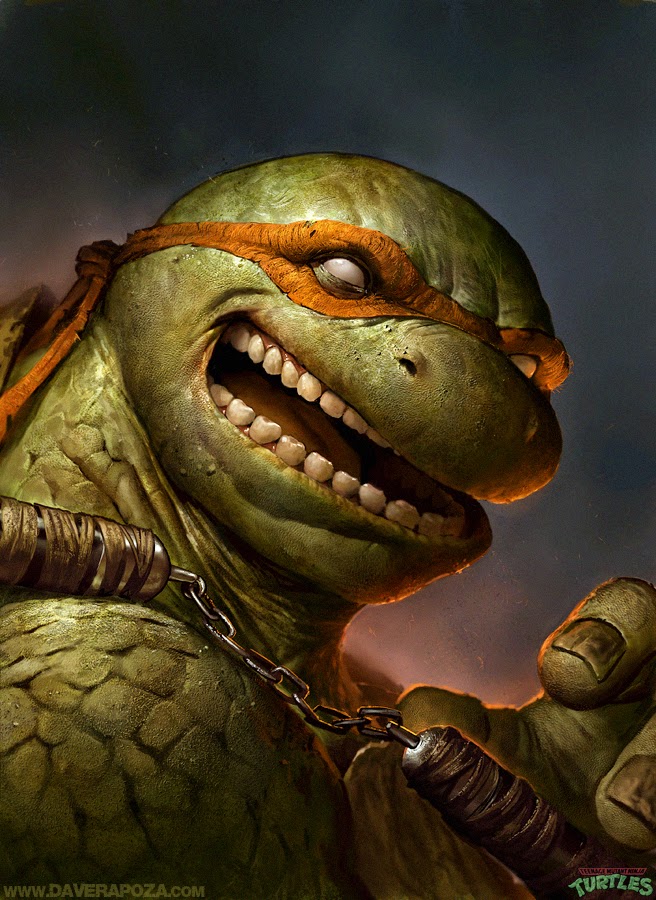 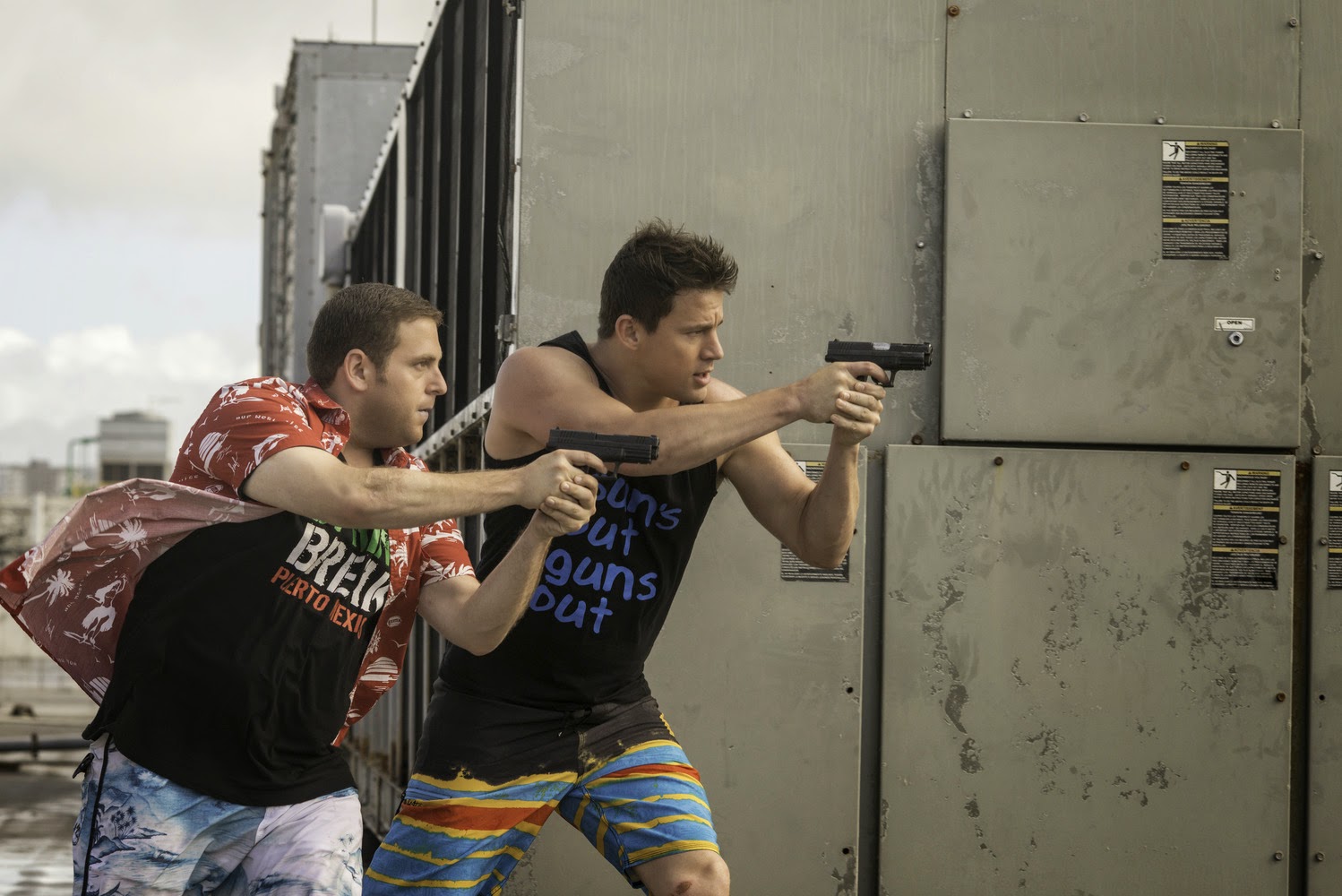 In terms of action sequels 22 Jump Street has a lot in common with Die Hard 2: Die Harder. Like that film 22 Jump dumps any pretence of reality, amping up the characters based on basic, demonstrable traits. So instead of multi-dimensional personalities we have action figures with special abilities.

Channing Tatum's ditzy Jenko is transformed from a well meaning lummox into a hyper-athletic superman. Likewise, Jonah Hill's Schmidt gets to be an invincible, elastic Looney Tune able to bounce alongside trucks and rebound off iron girders. Although handy for a couple of sight-gags, this sequel inflation undermines one of the basic appeals of 21 Jump Street - two shell-shocked goons stumbling blindly through a series of action set-ups. By making them active, indestructible, participants, 22 Jump falters.
Posted by Chris Ready at 00:09:00 0 comments

Damon Albarn - This Is A Low 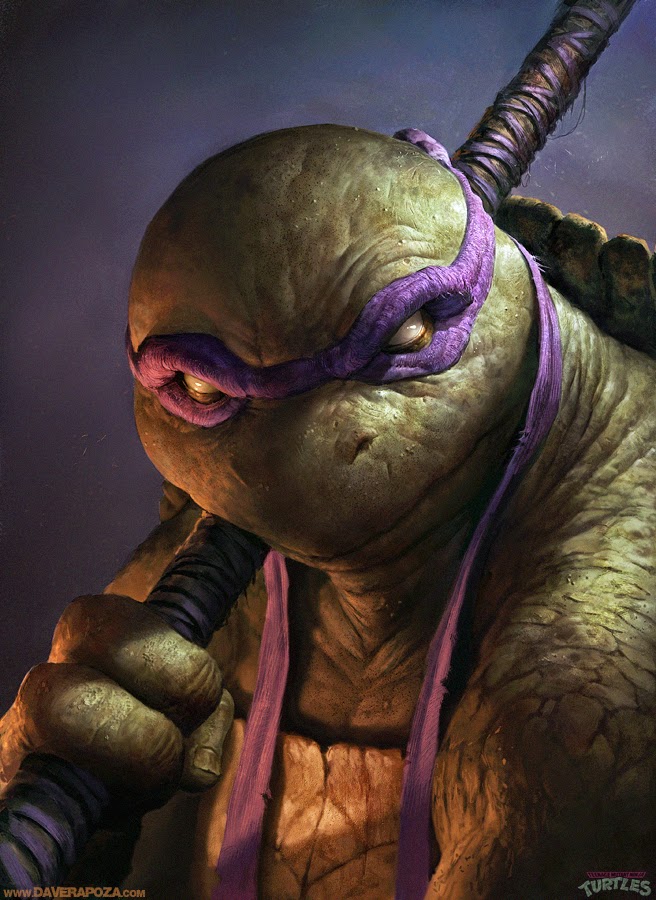 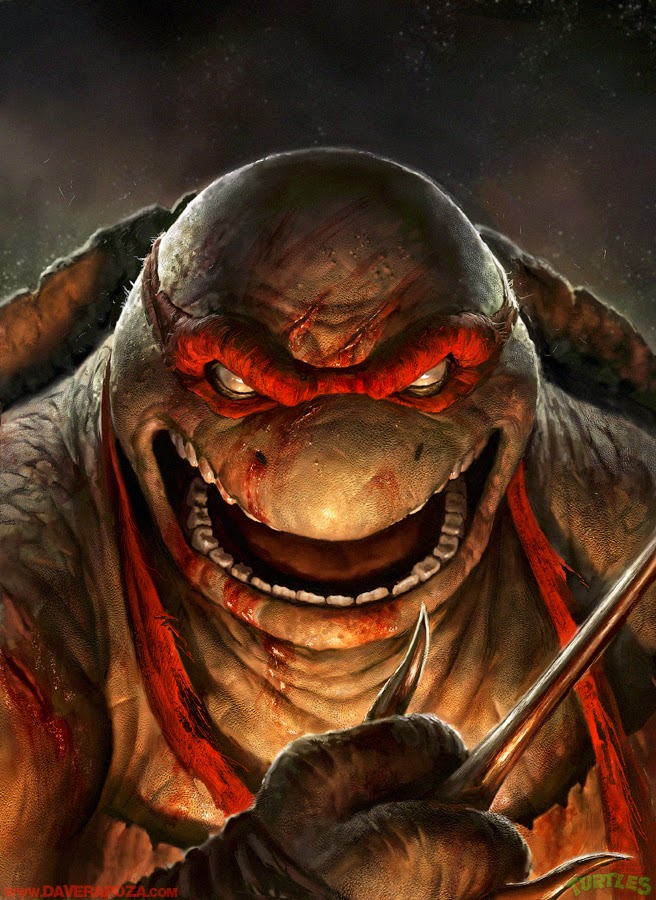 On one hand this trailer for Call of Duty: Advanced Warfare reads like a mean-spirited attempt to absolutely bury Respawn Entertainment's Titanfall. On the other there's the idea that Sledgehammer Games have sat down and played some stone cold classics like Devil May Cry 3: Dante's Awakening and had a good think about how they can incorporate that total movement model into a first-person military shooter. Double jumps and air dashes in Call of Duty? Even the boring laser rifles can't take the shine off that.
Posted by Chris Ready at 21:25:00 0 comments

Guardians of the Galaxy 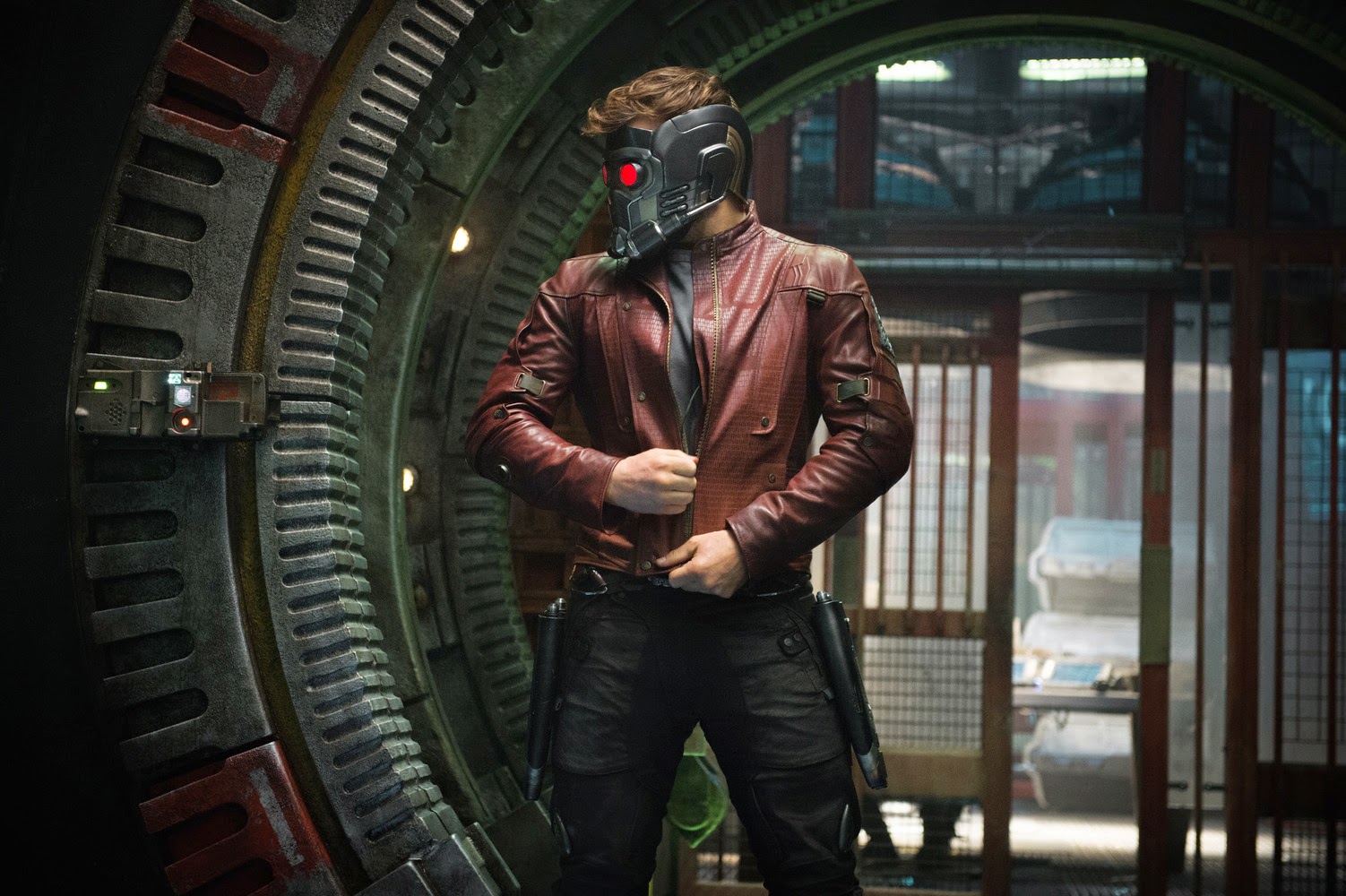 Sold as all-things to all-people, Guardians of the Galaxy is a thoroughly pleasant reorganising of Star Wars that makes Leia damaged and vengeful, doubles down on Han Solo and Chewbacca and drops Luke altogether. Stuck delivering flavour for another Avengers ejaculation, James Gunn and pals punch up your basic Marvel adventure with Awesome Mix Tapes, Boogie Nights actors, and a few sideways glances at genuine pain.

As expected it's Rocket Raccoon that stands out. Bradley Cooper's voice work is complimentary but the real work is done by Sean Gunn's on-set acting and an army of digital animators. Volumes are spoken in how the raccoon holds his head. Naturally subordinated due to his diminutive size, Rocket refuses to be dominated. He doesn't scurry around, craning his neck to meet eyes. He points his nose down and peers upwards, sneering. He isn't short. You're just too tall.

Rocket is a head-on collision between Lee Van Cleef and the Jim Henson Creature Shop's Splinter from the 1990 Teenage Mutant Ninja Turtles movie - a beguiling rodent with the body language of a gunslinger. I presume Gunn loves him too. The co-writer (with Nicole Perlman) / director gives the other Guardians beats that tell you who they are and what their objective is. Rocket gets a comedy bounty motivation then a vague, upsetting past splutters out in visual asides and drunken mumbling. In a film full of heroic archetypes, Rocket is contradictory and exciting.

Guardians' only real problem is that by now Marvel movie action beats are becoming routine. As with The Avengers and Captain America: The Winter Soldier, Guardians ends with a skyborne threat to a picturesque city. Thanks to this film's space opera bent, we get a tiered assault that accounts for multiple, co-habiting planes of action. The CG overload is kept personal with some Chris Foss designed fighter jets that swarm over their prey like Japanese Honey Bees, attempting to cook the evil Ronan in his mausoleum ship. Still, the basic heft of the final attack plays like a Star Wars prequel.

James Gunn's film even has an embedded solution - embrace the cosmic realm. We see one of Jack Kirby's Eternals obliterating a planet and an entire civilisation is built around mining the disembodied head of a galactic space titan. The film teeters on the edge of intergalactic histrionics, but never really commits. Ronan the Accuser is a shonen villain, a space pirate swinging his dick about whilst in possession of reality bending jewellery. There's never a sense our heroes can beat him - he's on a different level entirely.

Marvel need to start looking to more melodramatic solutions. Bone up on Akira Toriyama or marathon some Attitude era WWF. Holding hands while purple electricity vaporises the baddie isn't particularly satisfying. Why aren't the Guardians throwing themselves at this monolith man as a unit, sneaking in the odd blow, but ultimately proving themselves ineffectual? Maybe then have a death or two, followed by a rage fuelled counter attack that gets Ronan wobbly and staggering back?

Ronan instantly recovers like his name is M Bison and lands a devastating blow on Gamora, forcing an intervention from the unfathomable Thanos. Why else was the Mad Titan telling us who his favourite daughter was? It's about time Marvel put their big bad over, particularly if all he's doing is glowering until 2018. Ronan's world ending club? Thanos shrugs the blow off with a laugh then dismantles its owner with slow, measured body blows. If you're going to invoke Darkseid - even through Jim Starlin's avatar - he should figure as part of the destination. Otherwise he's just advertising. Marvel's films drip feed like television, they need to embrace something wild and cinematic.
Posted by Chris Ready at 20:57:00 1 comments 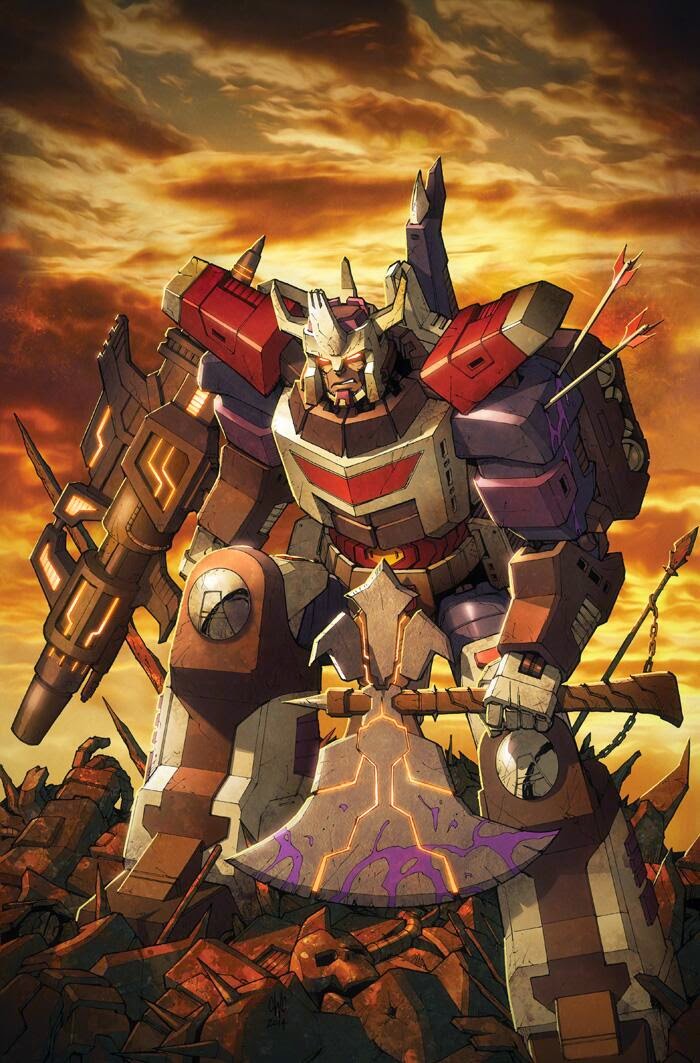 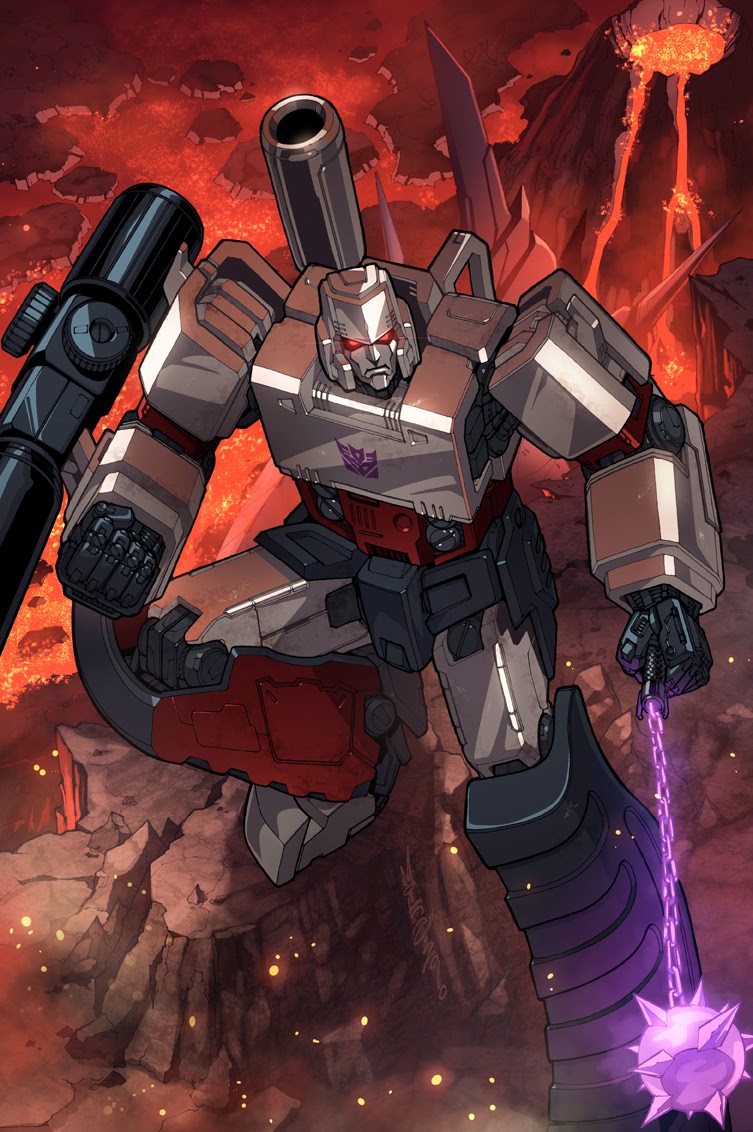 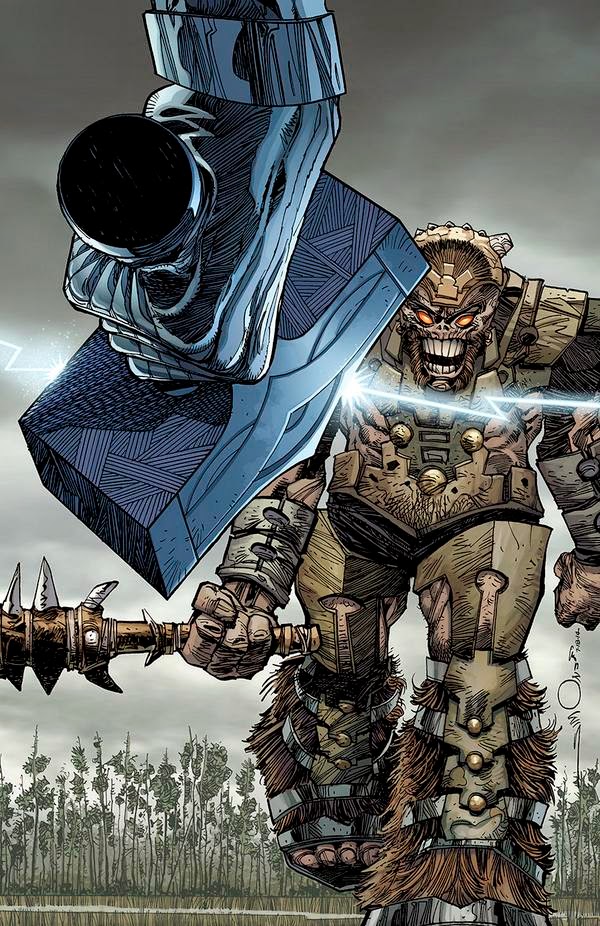 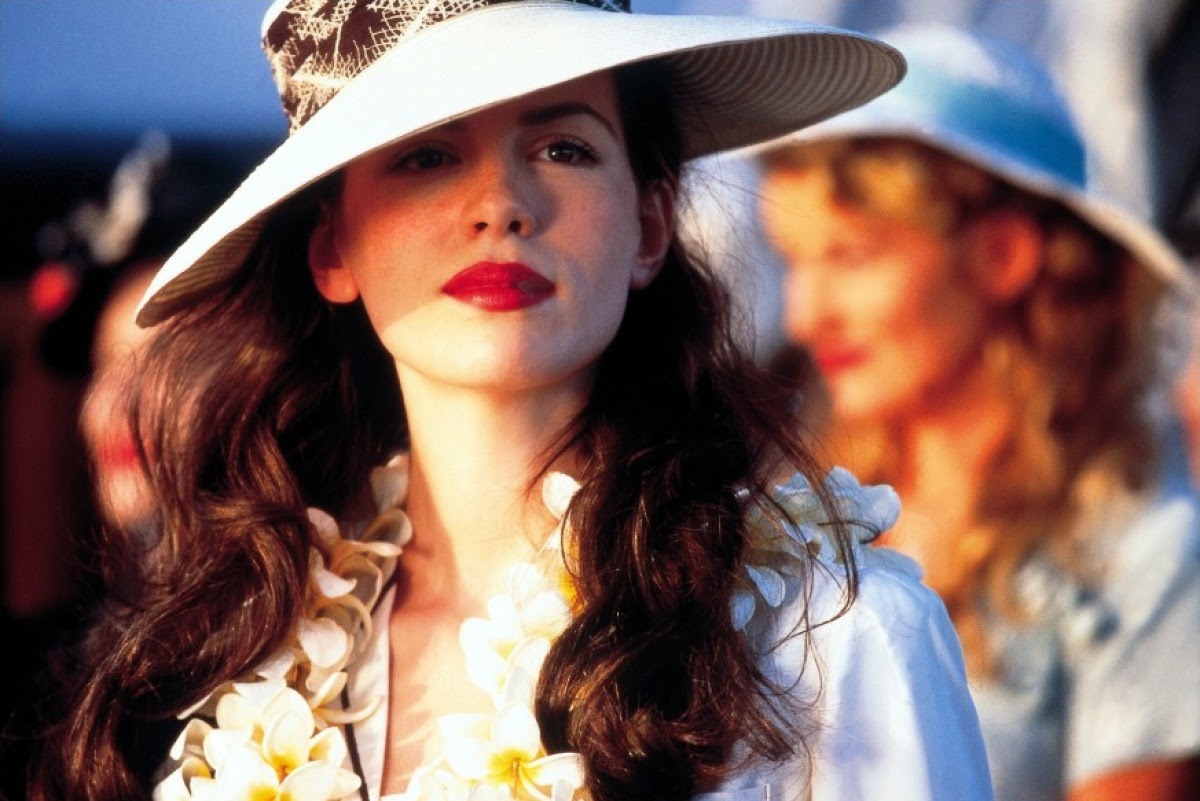 Was Pearl Harbor Michael Bay's shot at legitimacy? Or a calculated attempt to transform James Cameron's insanely successful Titanic into a template? Bay's film moves in a similar way. Make the audience sit through a feature-length build-up, spiced with threadbare romance, before rewarding them with some exceptionally violent special effects. Bay and co take it further still, staging a heavily fictionalised revenge attack in which our fighter pilot heroes end up as crew on a Tokyo bombing raid.

Cameron's film is far from a masterpiece, but Bay's effort still wilts in comparison. Cameron is a stickler for detail, even using digital re-issues as an opportunity to correct star mappings. Bay doesn't give a shit. Who cares if something's anachronistic, does it look or sound good? Japanese admirals act like Martians drifting between meeting places copped from Akira Kurosawa's Ran and brutalist concrete dug-outs. Distinctively shaped, one-off prototype planes fly alongside Mitsubishi Zeroes and 1911 pistols ring with the distinctive rapport of a M1 Garand emptying.

Even basic history is put through the wringer. As well as chopping up and rewriting President Roosevelt's national address, the concluding aerial raid is contextualised as a decisive blow against Japan that forced a complete withdrawal. I suppose in this chocolate box universe the Pacific Theatre was oddly uneventful? Watching Pearl Harbor there's a sense that Bay isn't even particularly interested in mise-en-scene as a way to tell an overarching story. Shots aren't detailed in such a way that they inform the viewer of time or space, instead each successive image is composed with an eye to placing as much money on screen as possible.

I'm starting to think there's an economic consideration at play with Michael Bay's popularity. He may be emotionally tone deaf, but all of his films are obviously, relentlessly, expensive. That's what people are buying into, the opportunity to see the latest example of the most costly movie yet realised. Bleeding edge visuals married to an easily digestible human story with interchangeable attractive people. After enjoying the explosions they even get to laugh at it and pick the movie apart. Everybody likes to feel superior and Bay's work is often low-hanging fruit.
Posted by Chris Ready at 22:50:00 0 comments 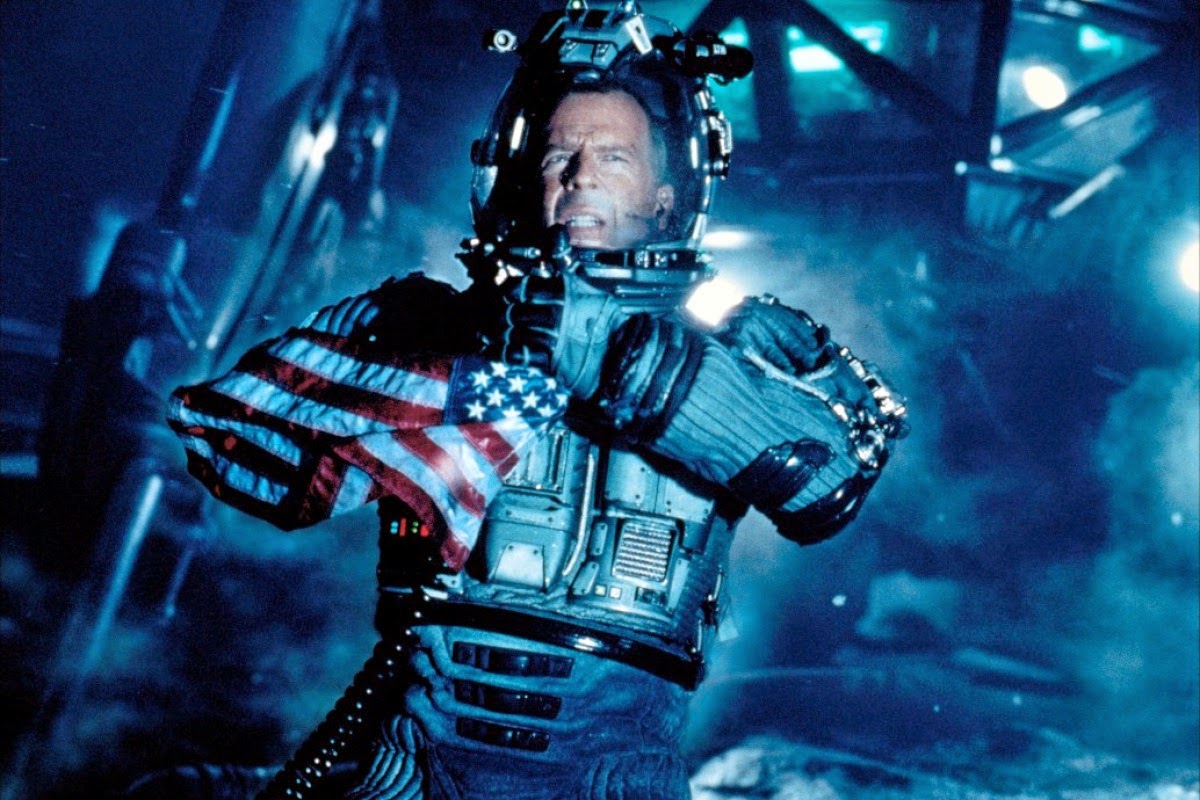 Armageddon is maximum ugly. Aside from the lionised heroes at NASA, there's a concerted effort to portray every single human being as revolting. Case in point, an ancient astronomer lives in a magnificent telescope, the blubbery human bullet at the base of this gigantic space cannon. When disturbed he shrieks hideously at his neglected spouse, apparently unable to rouse his crumbling bones long enough to go over and clock her one.

Pre-cataclysm, New York citizens argue in the street over neutered (no dorsal spines) Godzilla merchandise because fuck that radioactive lizard, he's this Summer's competition. When the cosmic debris finally hits, the Big Apple descends into a smog free, petrol pumped inferno. The Empire State catches a particularly large chunk, collapsing into a primitive jumble of rictus CG debris and chroma-keyed falling men. It's a Faces of Death image catapulted at the screen, flanked by flames.

Hero To All Mankind Bruce Willis twats golf balls at a Greenpeace barge for daring to protest his divine right to drill. Perhaps reeling from a preview screening note, there's even an aside to soothe this nasty. They don't want you to get the wrong idea about Bruno. He's not evil, he's just right! Everybody else screams aggressively all the time. You either accept it or you kick the fucking screen in.

Armageddon is a good sixty minute movie about men training in impossibly expensive artificial caves rolled into a two and a half hour epilepsy simulation. One of the nine writers probably thought he was writing The Dirty Dozen. Another might've been trying to see how far he could push this snarling cockfight. Picture him, a coked up giggler bouncing around on set serving up dialogue passes for Bay that read like YouTube comments. Dare the cast to take it further Mikey! Make 'em improv! Keep doing take after take until Liv Tyler caves and just fucking bites someone!

Armageddon is pure id filmmaking. Generously, it's Michael Bay's thesis on the emotional instability of humans working in high pressure situations. After my most recent viewing I felt like I'd been watching some epic, alien sport. Gridiron football scaled up to include rocket ships and an asteroid that strikes like a serial killer. Reaction shots swiped from Bill & Ted's Bogus Journey. It's not about humanity coming to terms with their emotional response to extinction, it's about a musclebound collective proving their gut instincts trump book learning. Armageddon is impulsive, Neanderthal stupidity triumphing over rational thought.
Posted by Chris Ready at 20:13:00 0 comments 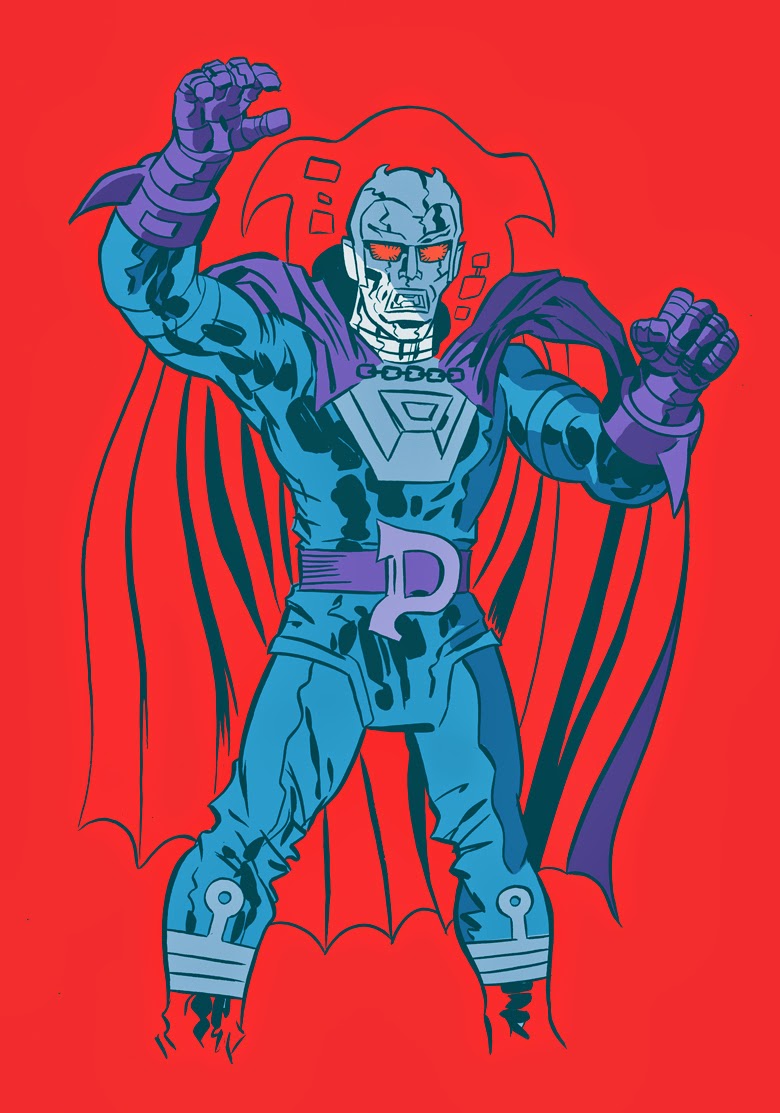