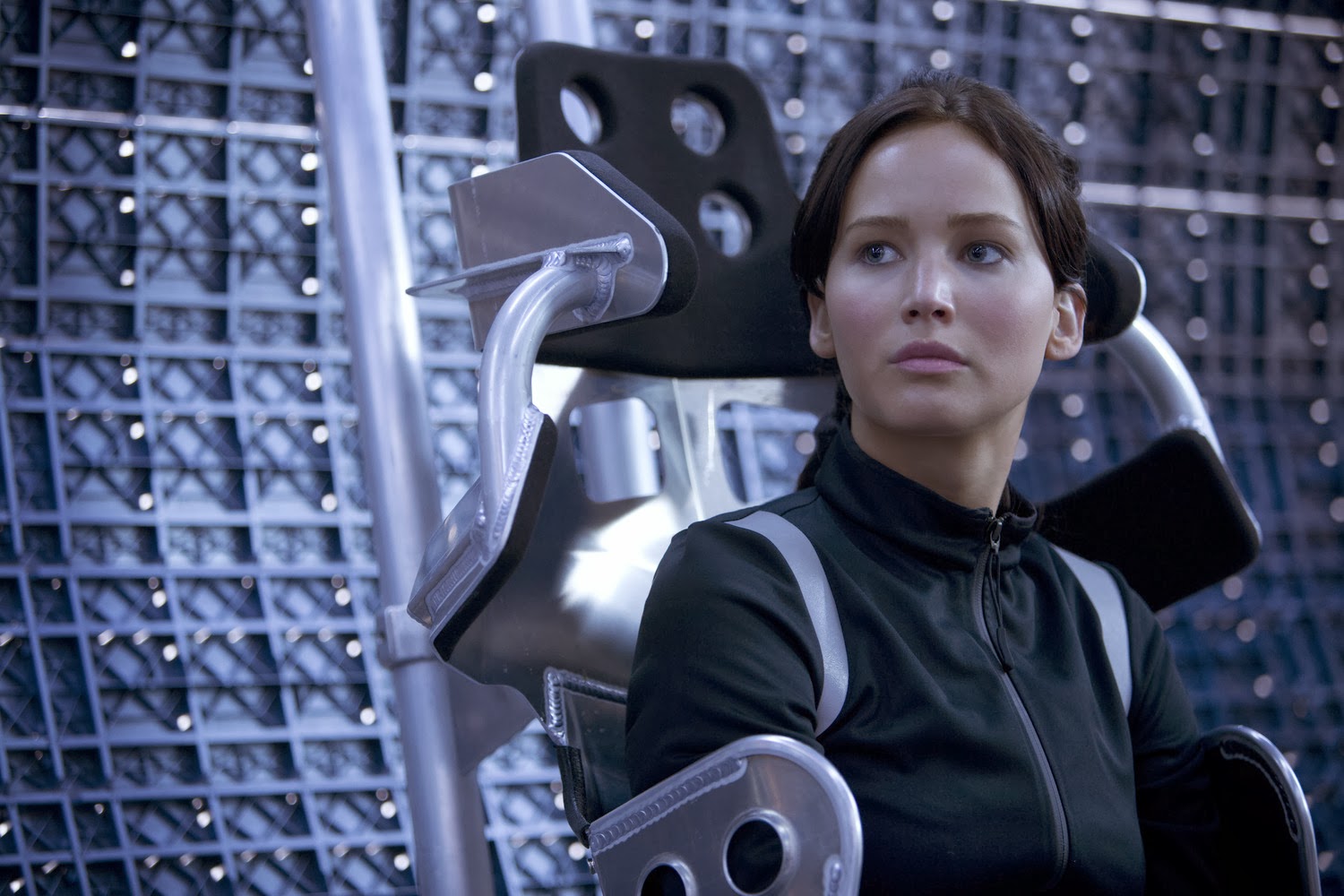 Human quarry films rarely get sequels, especially if they end with the status quo intact. Returning to the original winners seems like collaboration - why would the victors subject themselves to another safari? The Hunger Games: Catching Fire tackles this dilemma in a necessary but depressingly honest manner. The heroes don't have any other choice. The system they're up against is too massive to resist, the slightest dissent rewarded with a bullet. With trouble brewing in the outlier districts, Donald Sutherland's Evil Abe Lincoln plans a Hunger Games TV special in which he can dispose of all the dreadful winners that have inspired the proles to hope.

These victors aren't the kind of muscled heavies sequel inflation would have us expect. Instead they're frail older women and flashy celebrities scrabbling for a way out. None of them want to be there. Unlike the more nihilistic teenagers, they're happy to form collectives and work against the system that put them there. During the TV interviews the competitors are downcast, pleading clemency to a grumbling audience. The public are keenly aware of this lack of enthusiasm and riot offscreen. As far as future shock sequel premises go, incompetent PR management as a catalyst for violent social change is at least amusing. The hunt is more exciting this time too, featuring a few in-game hazards that wouldn't embarrass Kazuo Umezu's The Drifting Classroom. It's just a shame more time isn't spent with the malcontents. Too long and overwrought to be truly good, Catching Fire instead entertains by deliberately working against genre expectation.
Posted by Chris Ready at 18:25:00