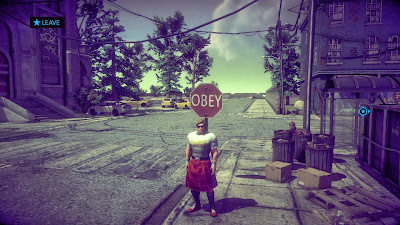 Like playing a sandbox game with all the cheats on. Instead of a plethora of systems that barely hung together, Saints Row IV knuckled down on a basic combat stream and piled on the power-ups. After very little time at all your player character would be gliding between skyscrapers hunting XP orbs and zooming through traffic like The Flash. Saints Row IV marked the point an ugly GTA copycat became the spiritual successor to Crackdown. 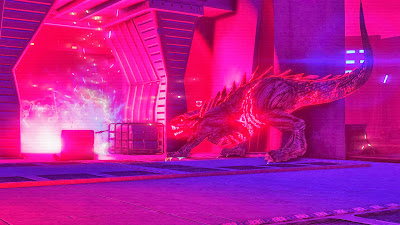 The most enjoyable thing about Far Cry 3: Blood Dragon was how few limits were placed on your basic movement. Rex Colt ran with the kind of clip that gobbled up even the most long-winded objective trek. Hill summits were briskly mounted and there was no fall in the game that would damage you. Designed to play like the end-game of a lengthy campaign, Blood Dragon was the short, e-number answer to a generation of games woozy from feature glut. 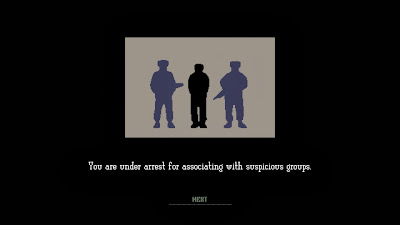 Ever wanted to be a miserable cog in the communist machine? Of course you have! Papers, Please lumbered you with a lottery job that barely covered rent, then offered you a slither of power. Almost unplayable in quick sessions, Papers, Please piled on the bureaucracy, demanding you check and re-check a stream of permits and pass cards. Disinterest - the natural response to escalating, self-defeating responsibility - was kept in check by a results screen that gleefully detailed your failings as a provider. 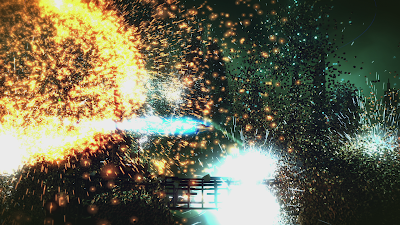 A Mega Drive scrolling score attack that used the power of the PlayStation 4 to construct a series of cityscapes built out of tiny, fracturing voxels. RESOGUN's strength was compulsion, you were always chasing the perfect game. Scraping though a stage wasn't enough, did you save all the humans? Did you deposit them in the safe zones when your multiplier was maxed out? What scores have your friends got? Just one more go then. 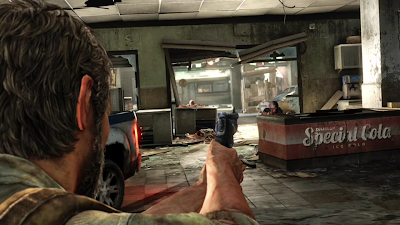 The seventh generation was unusually long. Systems costs exorbitant 80s hi-fi prices out the gate, and everything remotely successful was iterated. Stagnation held sway. The visible video game mainstream became a yawning chasm of sequels, each propped up by poached mechanics and flavour of the month interaction. Everything resembled everything else.

The Last of Us stuck out because it looked a little further back than rhythm action battle prompts. Most obviously, Resident Evil 4's upgrade system was smuggled in, forcing the player to deal with permanence. What's going to get me to the next checkpoint? Deeper pockets for bullets, or a holster that lets me hold another pistol? Who says I'm even going to find one? The Last of Us was also Hideo Kojima's basic sneak 'em up, bitten and infected. Melodrama dialled way back, replaced with a video game approximation of the paternal love story central to The Road. Horror pops on triumph.