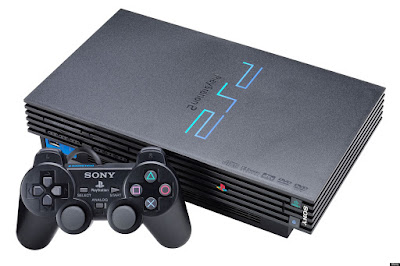 Sony's recent decision to begin releasing emulated PlayStation 2 games on the PlayStation 4 opens up a vast library of classics and curios. In this short series I'll be doing a quick run down of the titles that made an impression on me during the sixth-generation.

The three Grand Theft Autos have already been released and other established greats like Resident Evil 4 and Metal Gear Solid 3: Snake Eater also have pretty decent high-definition spruce-ups, so we'll be skipping over them to concentrate on some (slightly) more obscure output.

Although we've already had a Silent Hill HD Collection on PS3 and 360, that disaster had to be patched umpteen times to reach a level of adequacy. Better to abandon Hijinx Studios poison port to make use of whatever backwards compatibility solution Sony has dreamt up.

Guide a rickety waif around a spooky castle, exorcising ghosts with an old camera.

Irem's psychedelic shooter has the player racing after a fleeing alien armada, doing as much damage to the battered, retreating invaders as possible. Alternate gameplay paths take you through diseased futures and bloody field hospitals, whilst also offering the opportunity to betray humanity and mutate into a higher life form.

Apparently, Capcom's barbaric gladiator sim was a concerted attempt to appeal to the western market. Thanks! I guess. Players are actively awarded for their savagery with a crowd mechanic that revels in creative bloodshed. Cut a man's head off and you'll receive a polite applause. Sever his arm and beat him to death with it whilst also chomping down on a greasy chicken leg and you'll have the auditorium on its feet, screaming your name.

Hyper Street Fighter II featured a novel approach to arcade preservation. Rather than limit the players to one version of Street Fighter II, this Hyper upgrade made every update and revision available simultaneously. Want to pit Championship Edition's Bison against his Super Turbo counterpart? Hyper was your game.

Like many of Capcom's Gamecube exclusive, Killer7 quickly made its way to the PS2. Killer7 puts the player in charge of a contract murderer with a horde of distinct, playable personalities as they battle against Sentai superheroes and zombie suicide bombers. Killer7 is a delirious, deliberately fractured experience that uses simple inputs to drive players deeper and deeper into the heart of darkness.

An earlier, trashier effort from Killer7 dev Grasshopper Manufacture that casts the player as a leering cameraman hoping to video as many grisly deaths as possible.
Posted by Chris Ready at 23:13:00