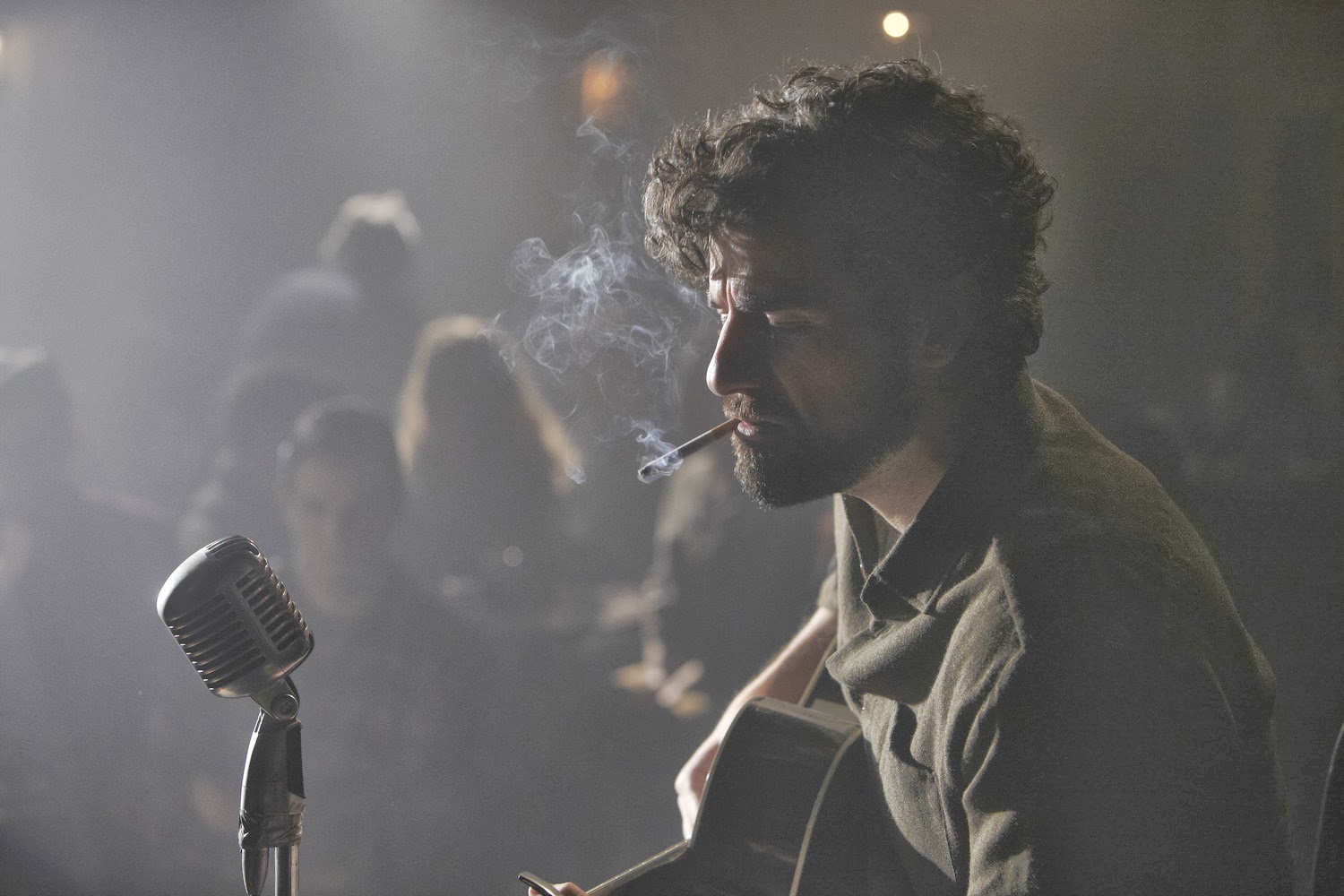 Inside Llewyn Davis is a film about pain. Not some sharp, hissing injury that instantly makes you recoil, but a slow, deliberate ache that nags and nags until you can't ever settle. Set in and around the folk scene of early 1960s New York, the film presents the movement in the dispassionate language of a bored booking agent. The musicians are explicitly considered as commodities, either as smiley presentables to be desired, or as ciphers, bland enough to be easily understood.

Llewyn Davis fits neither mold. He's told he's too frayed and ethnically ambiguous. His music's a little too raw and personal. It shouldn't mean so much to him. The other folk musicians sing product, some even explicitly branding themselves through identikit clothing. These people understand themselves as consumable merchandise, how their cute ticks and non-threatening sunniness is easily digestible. Llewyn Davis fails utterly in this respect. He just has his talent, an ability to take someone else's song and play it in such a way that you believe this man is making himself vulnerable, begging to be understood. This is Llewyn Davis' pain. He can't believe no-one else is even remotely interested in what he's trying to sell.
Posted by Chris Ready at 00:56:00