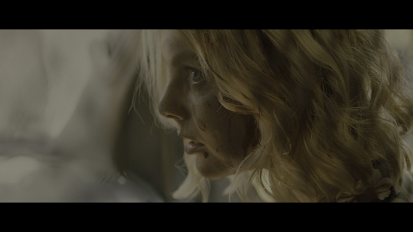 Pitched as a belated continuation of Tobe Hooper's The Texas Chain Saw Massacre, David Blue Garcia's Texas Chainsaw Massacre - itself the ninth entry in this petrol-powered series - betrays little understanding of the original masterpiece as anything other than a vehicle for a stylised ogre to murder young people. Legendary Pictures' approach then is similar to the increasingly disconnected Friday the 13th sequels; a vague idea of continuity that, in truth, has been boiled down to the recurring threat generated by looming musculature with an affinity for power tools. Garcia's film - screenplay credited to Chris Thomas Devlin with story credits going to Rodo Sayagues and producer Fede Álvarez - also finds a couple of spare minutes to lift the avenging final girl conceit underpinning the recent refresh of the Halloween franchise. Sally Hardesty, the only survivor of the 1974 incident, has bounced back from what looked like a lifelong catatonic episode to show up, mid-mulch, for an unsatisfying third-act fumble.
Although no big shakes themselves, David Gordon Green's films do at least apportion a significant amount of their run-time to understanding the damage experienced by their heroines. Comparatively, this Massacre goes out of its way to snub Olwen Fouéré's take on Sally, reducing her to a clumsy emissary of the Remington Arms company. Largely contrived and mechanical in its execution, this Texas Chainsaw Massacre does manage a healthy thrum when we are allowed to see Leatherface rattling around in his private moments. One bystander, as they struggle to free themselves from a totalled police van, witnesses Bubba violently reclaiming the motherly mask intrinsically linked to his atrophied super-identity. Back in the home that has sheltered him in the intervening decades, a different victim watches as this killer attempts to process loss by staking a claim on his warden's clothing and make-up. These scenes are as close as Massacre number 9 gets to the trophy gathering predilections of Ed Gein, the necrophiliac body snatcher who served as inspiration for Hooper's nightmarish classic.
Posted by Chris Ready at 11:47:00