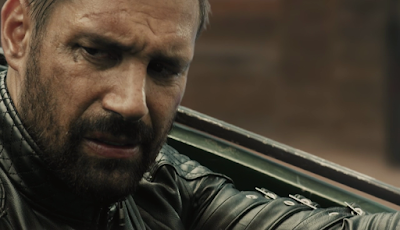 The casual, future-shocked cruelty of the Bartel's film, perhaps no longer shocking enough, is only wheeled out as a series of gooey punchlines, any sense of horror neutralised by the weak, variety show standard mutilation. 2050 is too self-aware. It knows it's a cheap supermarket shelf-filler, so why try harder? Echternkamp and Corman's sole shots at relevance are a few click bait friendly jibes at the current political establishment - 2050 works overtime to visually connect Donald Trump's mad hairdo with the kind of polished ferns you see in The Hunger Games series.
Posted by Chris Ready at 20:27:00