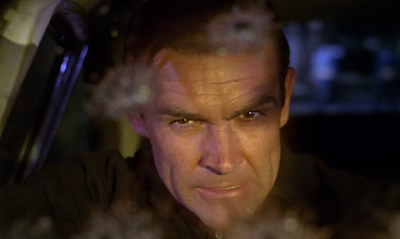 Below are links to each of my 007 reviews, beginning with Bond's screen début as CBS anthology fodder, tracking umpteen official and unofficial adaptations of Ian Fleming's books through to today's tent-pole blockbusting.