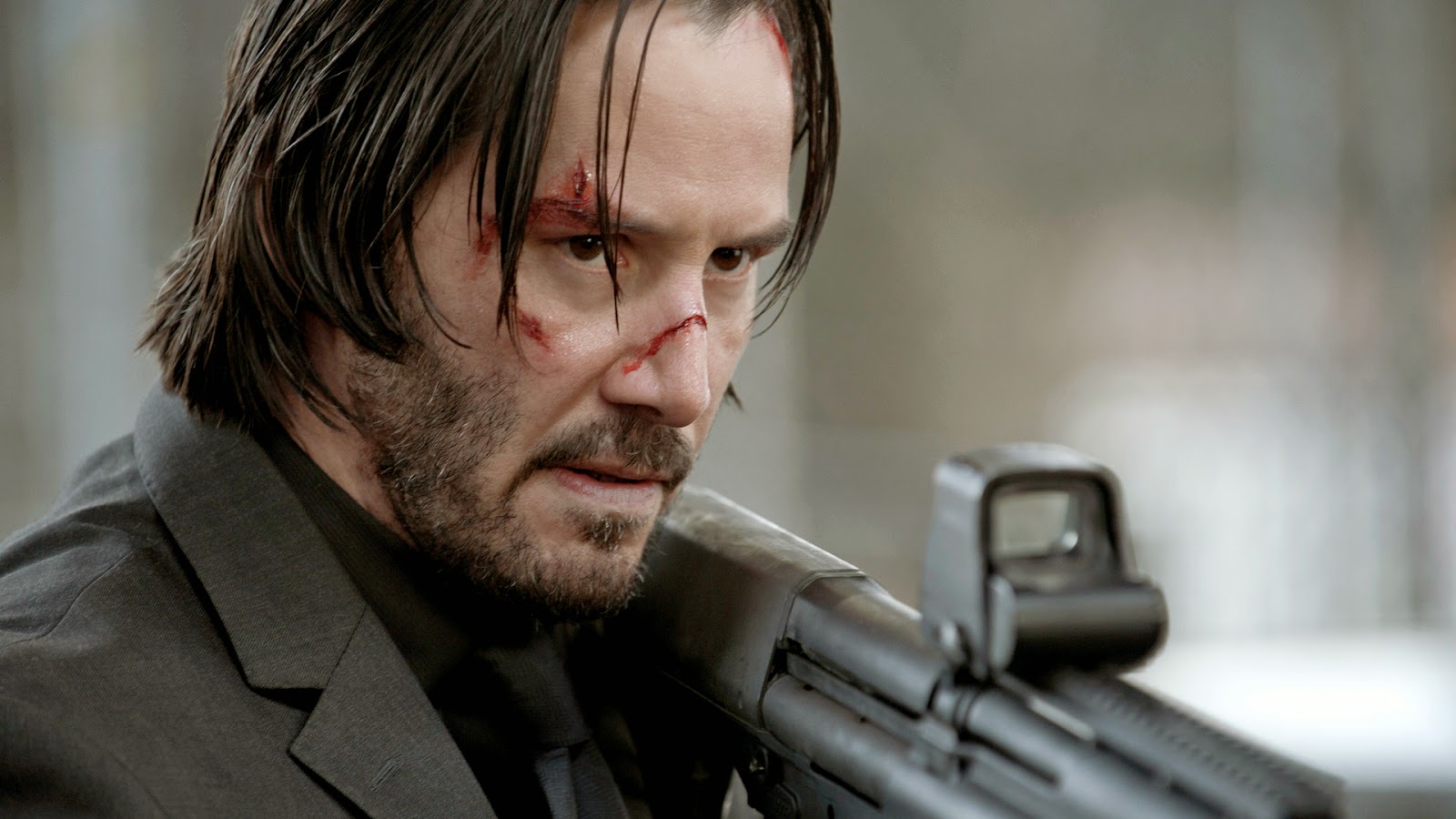 There's precious little wriggle room with John Wick. Keanu Reeves stars as the titular assassin, out for justice after a Russian mob brat steals his ride and pulps his dog. That's it. The film is a collision course, nothing more. John Wick impresses then because of this purity. Every line exist solely to feed into the idea of Wick as a horrifying, supernatural presence in the Golgo 13 mold. His enemies understand the danger he represents and quake accordingly.

Back in action, Reeves resembles something dragged out of a deep deep well in feudal Japan. A vengeful wraith, dredged up and dressed to impress, marksmanship skills eternally set to aimbot. Literally no head goes unplugged. Directors Chad Stahelski and David Leitch construct a series of athletic gunfights that revolve around a basic one-two boxing rhythm. If Wick can't immediately ventilate the cranium in question he'll put lead into a limb or sternum, explicitly paining his enemies so they reveal their unguarded head.
Posted by Chris Ready at 20:10:00